The melee system in Cyberpunk 2077 was admittedly not very user-friendly when the game first came out. However, thanks to constant mods and updates, the melee mechanics and the CD Projekt Red project as a whole are on the mend.

While the melee system still has some tweaks, you can still enjoy playing melee combat, whether with fists or specializing in the blade tree. Here are some of the best hand-to-hand combat tips we’ve found to help you get the most out of hand-to-hand combat.

Close combat and how to use it

Train with a learning robot 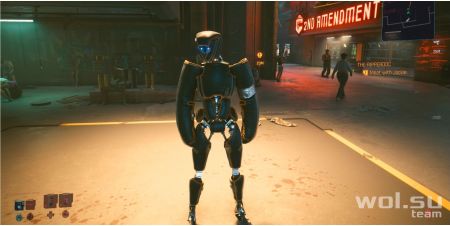 Starting Cyberpunk 2077, V will have his first two opportunities to practice combat with a training dummy. The first opportunity will appear during the passage of the game’s tutorial, and the second – not far from V’s apartment in the gym area. It’s right across from Second Amendment Weapons.

Talk to Fred sitting on the bench and he will offer V an opportunity to prove himself against the training robot. 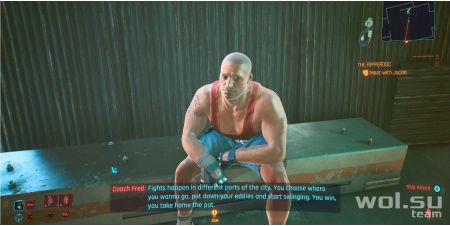 Once you’re comfortable enough with the melee mechanics, it’s time to take down the robot. After defeating the robot, approach and talk to Fred sitting on the bench.

He will offer V an opportunity to prove himself in ranked melee fights throughout Night City. It’s a good idea to take part in these fights because not only do they provide great rewards, but they are also a great way to improve your hand-to-hand combat skills in the game.

Hold on, move on and be unpredictable 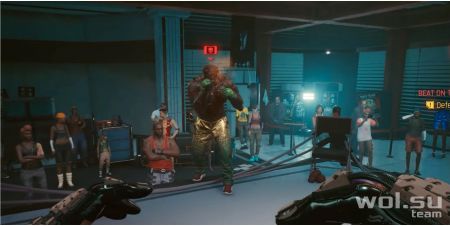 The hand-to-hand combat in Cyberpunk 2077 is surprisingly good for a first-person RPG. This also applies to the artificial intelligence of the game. As a result, it is unwise to simply stand in front of the opponent and swing backhand.

If you try the same moves over and over again, V will become predictable and the AI ​​will parry and dodge every attack with ease. It’s better to go into close combat with a boxing-like mindset and use all the tools V has at his disposal. 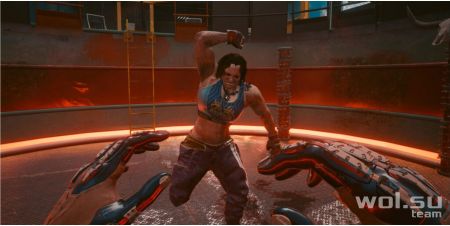 In Cyberpunk’s melee system, enemies have a fairly small list of moves they will use depending on how close V is to them. It’s clear as day during the “Beat the bastard” missions. For example, melee fighters in Cyberpunk 2077 typically use one of these techniques:

The fact is that these tricks are quite easy to trick the AI ​​into doing them over and over again. For example, if someone is following Rino insanely during a fight, concentrating only on counters, they will notice that 95% of the time, she reverts to the hay push move. Knowing how to manipulate the AI ​​is an easy way to take an already strong melee build and make it even stronger.

Counterattacking is safer than dodging 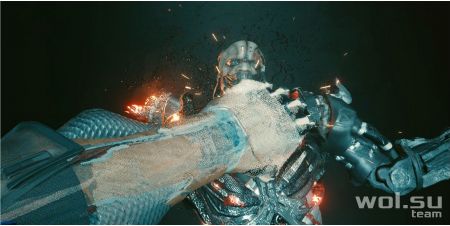 Enemies seem to stick to V (usually in the middle of their animation), even if their legs are firmly in place! Luckily, this bug has also received a few subtle improvements over time.

Fortunately, the countermeasure system has become a little more reliable. But for those who aren’t sure about their reaction speed, dodging combos also works while V is in full sprint. 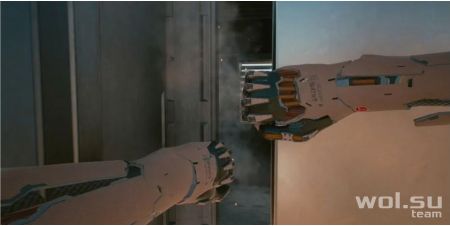 Trying to complete the “Beat Your Brother” side quests without Gorilla Rook is like trying to bang your head against a wall until it crumbles. It’s possible, but it’s not the best approach.

Here is a list of the downsides of trying to beat the brother sidequest without Gorilla Rook to prove your point.

Charge up powerful attacks with the Gorilla Rook 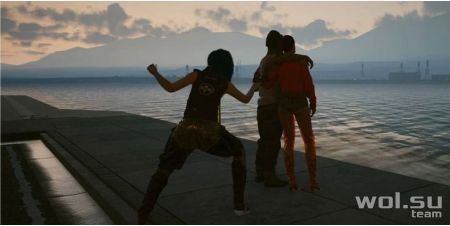 When a human first unlocks and mounts a gorilla weapon, it seems like it will just increase V’s melee damage. But they include their mechanics in the form of charged strong attacks.

When V uses his fists, a new UI bar appears – it increases as V throws more standard punches. The higher the UI gets, the more damage V will deal with his next strong attack. The increase in damage from this is also not small: at maximum charge, it is quite large. 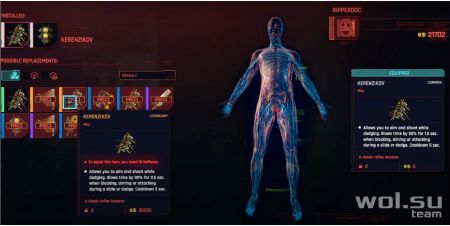 As useful as the gorilla weapon is, it’s not the only cyberweapon that will help V in his time of need. There are quite a few cyber weapons that are especially useful for melee fighters. Here are just a few of them:

And this is only part of the cyber equipment designed for close combat. It’s not even close to covering them all.

Get rid of annoying obstacles in advance 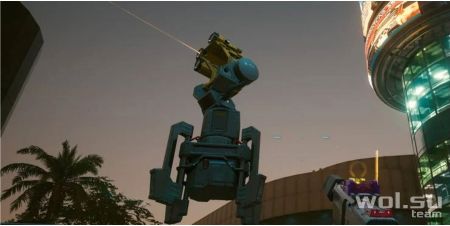 This next tip isn’t so much about one-on-one melee combat, but how you can have more fun with melee combat in the game. Countless melee RPGs have accidentally killed themselves by falling into explosive containers or being hit by a security turret from afar. However, there is a solution to this problem, and it is quite simple. Eliminate security measures in advance!

Shooting all the containers can make stealth difficult, but disabling the cameras and turrets is incredibly easy, even with a basic cyberdeck. Also, V’s range (especially with melee weapons) is quite wide, so getting rid of those “mines” before the big showdown starts will make the game overall more enjoyable. 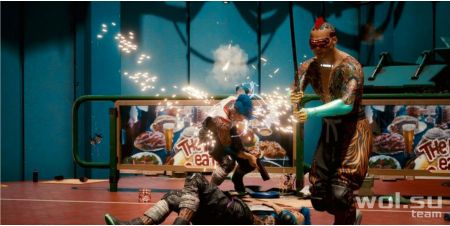 Speaking of hacks, roleplayers with a Street Brawler physique should pay attention to which Queehacks work best for them. For example, these quick-hacks are incredibly useful for incapacitating enemies while V runs up to them:

For those who don’t want to rely on “little tricks”, there are many useful Breach protocol daemons, such as Mass Vulnerability (reduces physical resistance by 30%). This demon makes every cut, slash, and swing feel twice as explosive! It may seem strange to combine intelligent hacking skills with caveman hard hitting skills, but they go together really well. 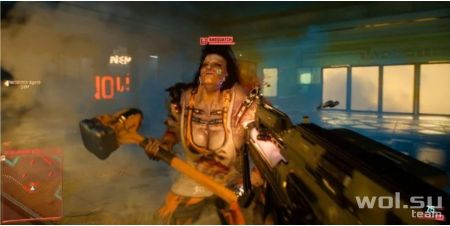 The next item is for those who want to build a collection of different melee weapons or want a specific epic/legendary variant to drop. In Cyberpunk 2077, enemies usually drop the weapons they used when they died. So, for example, if V attacks a gang member with a bat and forces him to pull out his cleaver, then most likely it is this weapon that will fall out when he is killed.

Note: Getting the AI ​​to do this is not always easy, so this strategy is only recommended for tanks.

Most enemy attacks have super armor 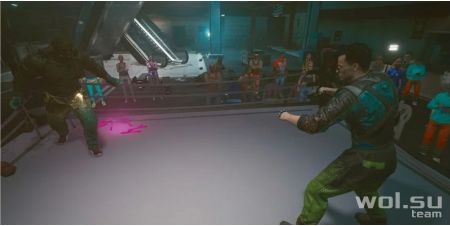 You need to be especially careful with this as it can ruin what seems to be a winning combo against tough bosses like Rhino or Razor.

Most of the enemies in Cyberpunk seem to have super armor on their attacks, which means there is almost no chance of stunning them or interrupting the animation. So if the enemy swings, focus on dodging, running or parrying rather than attacking. 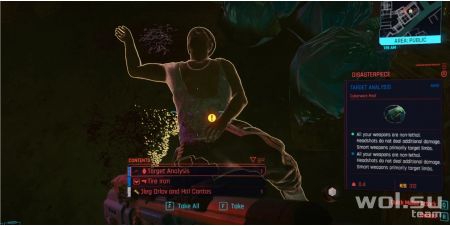 The last little tip on this list is just a nice time saver for those who use obscenely cool Mantis Blades, or those who are unfortunate enough to trigger the finisher animation too often. In particular, the animation for the Mantis blades is quite long and can hurt V rather than help if triggered in the middle of a firefight.

Because, unlike most other games, V is not invulnerable during this animation, so they can get full holes while it is triggered. An optics mod called “Target Analysis” is perfect for this, making all weapons non-lethal by default.