In Star Wars: The Old Republic, the Sith Warrior uses more aggressive combat and the dangerous use of Force lightning to achieve his goals. As the opposite of the Jedi Knight, those hoping to master the Sith warrior class in the popular MMO have a lot to take in.

Foreground on the battlefield 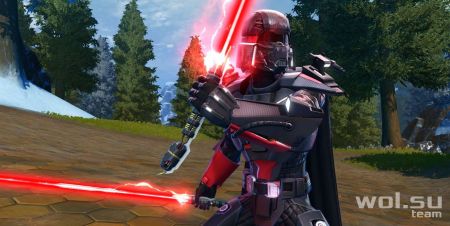 As formidable warriors of the Dark Side, Sith Warriors favor combat roles that place them at the forefront of the battlefield. The Sith Warrior disciplines and subclasses allow players to fine-tune their melee combat to whatever specialization they like, but the fact remains that the base Sith Warrior class loves to take down enemies in close combat.

With strong defenses and a strong physique, a Sith warrior can pave the way to victory in almost any situation. Their mastery of the dark side allows them to unleash a barrage of deadly attacks that destroy even the strongest opponents.

Give yourself an edge with buffs 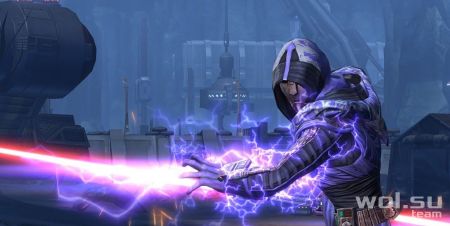 Even though the ferocity of a Sith warrior allows him to destroy opponents that stand in his way, he still needs the Dark Side to imbue him with enough strength to tear apart enemies. In the game, this translates into the fact that Sith warriors need to use the right buffs in order to constantly gain an advantage against any type of enemy.

Popular buffs include Heroic Moment, which boosts health regeneration, and Unnatural Might, which boosts power in lightsaber combat and against other Force users. Other useful buffs include Shii-Cho’s form, a standard form that is still strong and can increase overall damage dealt while decreasing damage taken. 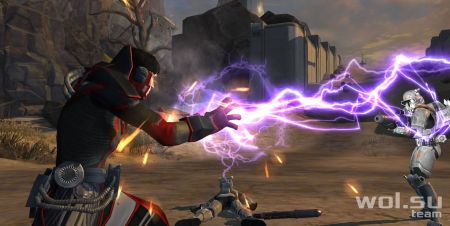 Although the Sith Warrior is aggressive, a smart enemy who manages to interrupt his rotation can put him in a difficult position. To avoid such unfavorable situations, players using the Sith Warrior class should always be aware of the need to use the class’s abilities and its special Force abilities, which are designed specifically to stop enemies in their path.

For example, Disruption and Force Charge not only deal damage to the enemy, but also interrupt their actions, which is ideal for PVP and deadly bosses. Some attacks also stun multiple enemies at once, such as Force Scream and Intimidating Fear, potentially giving the Sith Warrior’s allies plenty of room to combo before the enemies recover. 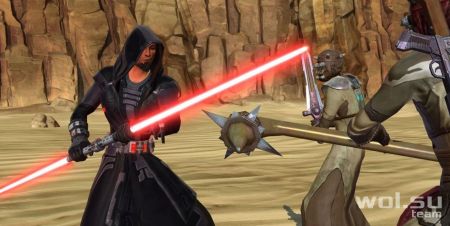 While a Sith Warrior is more than capable of taking down multiple opponents at the same time, it’s not in his nature to do so early on. Players below level 10 should practice taking out multiple enemies at once and only try to take down multiple enemies at once with the appropriate AOE abilities, as this gives the Sith Warrior much more room to attack at the same time, especially when using AOE and multi-hit combos.

A good start to a combo would be Force Charge or Mad Dash, allowing the Sith Warrior to quickly engage in combat or even rush to a specific location, hitting all enemies in its path. At the same time, a single Sweeping Slash is enough to hit many opponents trying to attack a Sith Warrior at the same time, making it the perfect multi-target option for Sith Warriors who want to practice being tanks. 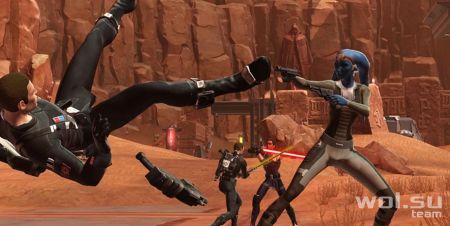 Like other classes, the Sith Warrior has the opportunity to choose from a huge number of companion candidates throughout the game. While many of the companion variants have wildly different histories and backstories, Vette is arguably the best companion option in terms of both storytelling and gameplay.

Although Vette is the first companion a Sith Warrior receives in their history, she undoubtedly remains the best. Her personality is a little light-hearted, which perfectly complements the rather brooding nature of the Sith Warrior. In addition, her dual blaster allows her to become a ranged DPS, perfect for helping a Sith Warrior strike like a melee tank.

Marauder: The Fast and the Violent 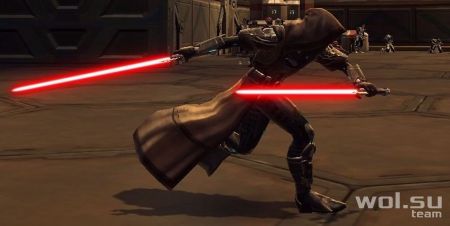 A Sith Warrior can channel their innate aggression into becoming a Sith Marauder by transforming into deadly killing machines. With his dual saber, the Marauder can cut through enemy troops with ease, and his combat presence allows him to determine the best and most vicious ways to defeat enemies. For a tank like the Marauder, speed is key to ensuring no one gets in their way. Depending on certain disciplines, a Marauder may specialize in other areas as well. 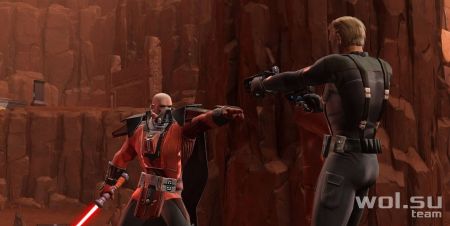 Focusing on his ability to show his enemies how indestructible they are, the Sith Juggernaut turns defense into a deadly art. Their mastery of the dark side of the Force and their approach to combat allows them to imbue themselves with power that renders them nearly invulnerable, and even drain the energy of enemies so they have no way to retaliate. Depending on the discipline, a Marauder may specialize in other areas as well.