Crusader Kings III has a new major DLC update: Royal Court. The expansion changes a huge number of things in the game, and the game area that has probably seen the most updates is the culture system.

With so many new elements, it can all seem a bit overwhelming even for seasoned Crusader Kings veterans, so here’s a rundown of the new features, including cultural ethos, traditions, and cultural pillars. 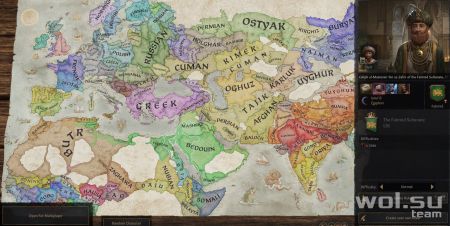 The culture system in Crusader Kings III has changed significantly with the introduction of the Royal Court. Previously, while culture affected some important elements such as how you progressed through the Innovation Tree, culturally unique events, and various casus belli, it was all pretty fixed – and it was impossible to change anything in the culture in the game, even if you were head of culture.

It is now possible to create new cultures with different traditions from the previous one, with certain bonuses and modifiers, much like you can choose new religion options when creating or reforming a religion. Merging with other cultures is also now possible.

All cultures have the Pillar of Ethos: an all-encompassing way of life that grants different bonuses depending on the type. For example, it can be bureaucratic, which gives bonuses to the development of settlements, or warlike, which gives bonuses to the number of troops and the cost of weapons. All cultures also have their own traditions and cultural pillars. Cultural pillars determine heritage, language, aesthetics, and what gender knights and commanders can be.

Tip: As always in Crusader Kings III, hovering over any new option in Royal Court will bring up all the information you need about bonuses or modifiers in an excellent tooltip system.

Traditions work the same as Religious Inclinations as they are culture specific items that have certain bonuses, modifiers, and unique and flavor events. Each culture has a maximum of five, and they can be changed by any culture head. However, replacing them costs a huge amount of Prestige, so the ability to do so will only become available in the late game.