In Star Wars: The Old Republic, the Sith Inquisitor is one of the most tactical classes. Unlike the wild and brooding Sith Warrior, this class seeks to weaken or scare off enemies and take advantage of their vulnerability. There is a lot more thought and strategy to play as a Sith Inquisitor, which makes it somewhat challenging but rewarding. With enough time and effort, players can master this well thought-out class and become the hidden but powerful arm of the Sith Empire.

How to play as the Inquisitor 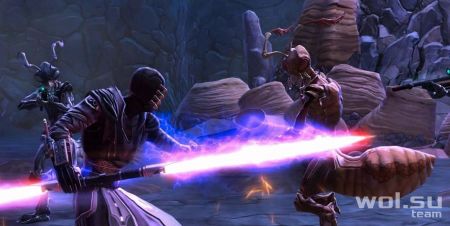 The Sith Inquisitor is a force to be reckoned with, but it is a class not without flaws. Sith Inquisitors lack the significant durability and defense of a Sith Warrior, making them vulnerable to groups of enemies or particularly formidable foes. This class approaches combat in a completely different way. Instead of using aggression and force, the Sith Inquisitor crushes opponents under him and uses them for his own purposes. Thus, enemies become unable to resist effectively and reduce their chances of survival.

The Sith Inquisitor can do this by weakening or surprising the opponent. With the sheer number of abilities at his disposal, this is easy enough to do. As soon as the Sith Inquisitor has an advantage over the enemy, he must strike. This strategy allows the Sith Inquisitor to take out most enemies with ease, even if they have superior capabilities. However, it is important to note that different enemies require different methods to deal effectively with them. Therefore, Sith Inquisitors must carefully plan their attack in advance.

Find out what works best against enemies 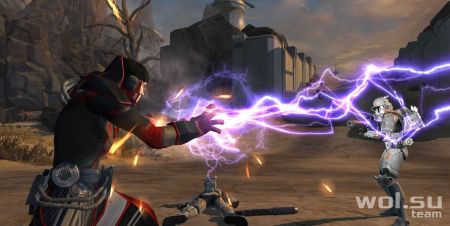 The Sith Inquisitor has numerous abilities that work to weaken or incapacitate enemies, making them more susceptible to attacks or weakening their offensive capabilities. These abilities are vital to this class as they support its exploitative play style. The Sith Inquisitor’s abilities are useful in any situation, although some of them may not be effective against certain opponents. It is imperative that players study their enemies carefully and determine which debuffs will work best against them. Here are some examples: 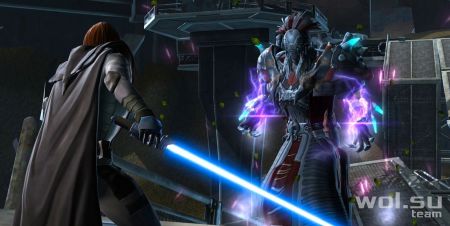 The Sith Inquisitor is not one to play fair, as they live by exploiting others. Therefore, for this class, it is best to use any advantages, for example, to destroy enemies one at a time. If the Sith Inquisitor fights numerous enemies, it will only doom him, so the best method is to play based on stealth. Luckily, this class’s skill set is ideal for this strategy, as it has numerous abilities to stun, trap, and slow opponents. With these abilities, isolating and destroying enemies becomes a simple task.

This strategy of fighting back one by one works in most situations, especially when the enemy is outnumbered. The Sith Inquisitor must first divide and destroy the weaker opponents. These powerless opponents are easy to isolate and destroy without drawing attention. However, formidable enemies are harder to deal with and can compromise a Sith Inquisitor. Therefore, the Sith Inquisitor should kill them when the number of opponents decreases and there is little chance that they will be killed.

Find your place on the team 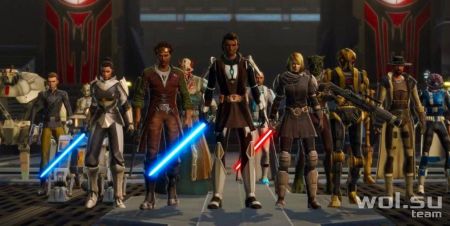 The Sith Inquisitor is a formidable class not only in single player, but also in multiplayer, which is extremely important in such outstanding MMORPGs as Star Wars: The Old Republic. This class is highly adaptable with a wide range of abilities. The Sith Inquisitor can fill various roles in the team, such as DPS or even a healer. Therefore, determining his place in the team is not an easy process, but a necessary one.

It will take time and practice before the role of the Sith Inquisitor is determined, and even then players must learn to be flexible. There may be times when their function must change to suit a particular mission or change in team composition. Making changes to the Sith Inquisitor is relatively easy, so compensating for changes is quick and effortless. 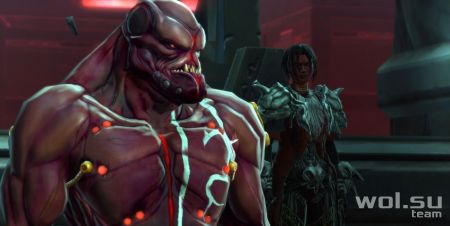 Like any other class, the Sith Inquisitor gains access to several companions along the way. These allies provide support in combat and compensate for any weaknesses. While each companion serves a different purpose, the Sith Inquisitor’s greatest asset is the brooding follower known as Khem Val, a Dashaid warrior and former servant of the Sith Lord Tulak Hord with a penchant for eating Force users.

Khem Val is the first satellite a Sith Inquisitor will encounter. It is a formidable and deadly companion that serves as a tank capable of dealing devastating damage. Given the less direct approach of the Sith Inquisitor, Khem Val’s ability to take out and kill enemies with ease is a huge benefit. In addition, he is a surprisingly pleasant companion who is a pleasure to be around and who has an exciting storyline. 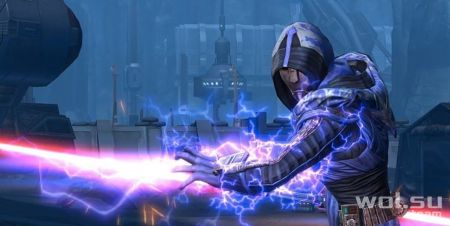 The Assassin sub-class for the Sith Inquisitor uses stealth and the element of surprise to deal with enemies. Wielding a double-bladed lightsaber and manipulative Force abilities, the assassin can slip past or cut down enemies in complete silence. This subclass is useful for those who prefer a less direct but undeniably effective approach to combat. The disciplines listed below allow for further specialization of the Sith Inquisitor, allowing players to customize the class to their own requirements. 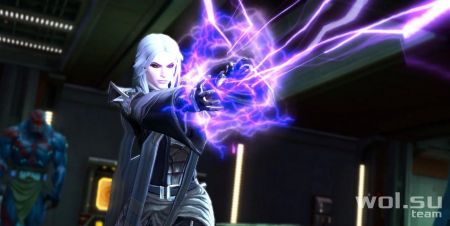 The Sith Inquisitor’s Sorcerer subclass uses Force abilities to become an ally or a devastating foe from a distance. Wielding the Force, the Sorcerer is able to manifest amazing abilities, from Force lightning to Force healing. This subclass is best suited for those who want to stay at a distance, but still have a huge impact in battles. Players can further customize the Sith Inquisitor by choosing one of the disciplines listed below.