Star Wars: The Force Unleashed is a brutal game. We do not mean complexity, although this is not a reason to relax our guard – there are several difficult points here. The brutality comes from the audiovisual side. Few Star Wars projects have ever dived so deeply into the realm of violence.

Tips for playing Star Wars: The Force Unleashed for beginners

There’s a lot to see here if you’re not into the ruthless carnage Starkiller leaves behind. Certainly enough to read a guide like ours before embarking on his dark journey. Let’s prepare you the best we can, apprentice. 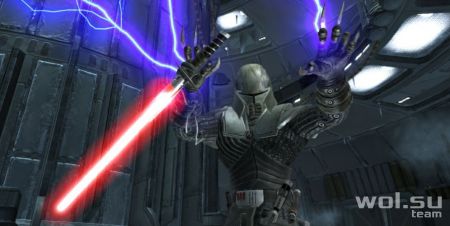 Of course, this may seem obvious. “This is a Star Wars game. Why don’t I take every opportunity to upgrade my awesome lightsaber?” Believe it or not, this is a common mystery for new The Force Unleashed players. That’s why.

The rest of the upgrade systems in the game are related to Force abilities. You know, freaky magic with hand flaps and bad guys floating around. Push and pull objects from afar. Discharges of lightning in numerous helpless enemies. It’s easy to get carried away and forget how important it is to improve your lightsaber damage. In the later stages, you won’t always be able to rely on your Force abilities to save you where your blade fails. You will need to inflict real pain at close range.

Get moving with quick combinations 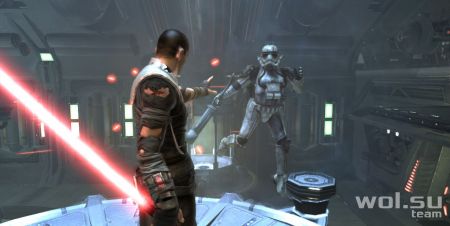 Star Wars: The Force Unleashed is a game best played quickly. Standing in one place for a long time is often deadly. The waves of enemies chasing Starkiller in every room give the missions a fast paced pace that should be respected, not dismissed.

It’s best to stay mobile until everyone who can kill you has been neutralized. As you advance, you should strike quickly with offensive power. Consider investing in combos like Sith Slash, Saber Swing and even Aerial Ambush. Galen Marek – dare we say his name – has rivals around every corner, so keep that in mind while playing and you’ll be in good shape to eliminate them. 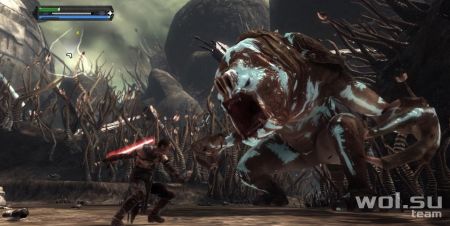 At the turn of the 2000s and early 2010s, virtually every major publisher was making sure their developers put the “Fast Events” QTE into their action games. This game mechanic was in trend until a few years later, and publishers realized that not everyone loves them.

If you’re unfamiliar with the term, think about when a video game prompts a certain button on the screen and you have a relatively short amount of time to press it. Doing it successfully is good. Failure is bad. It’s a pretty simple thing, and Star Wars: The Force Unleashed, released in 2008, uses it extensively.

When clues appear against common villains, don’t worry too much. You can skip the “kill cam” animation and just play normally. Boss battles are a completely different matter. When the boss has about a tenth of its health left, one of these flashy QTEs will spawn. If you stumble, they will restore some of the lost health, and this will work again once it decreases. In fact, the battles won’t end until you get it right, so be prepared to press the buttons at the game’s command. 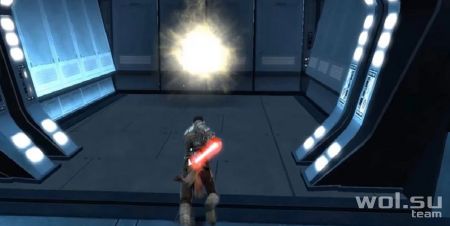 As you progress through the level, you will undoubtedly encounter holocrons. They come in two varieties (figure of speech; don’t try to eat them) – Jedi and Sith. Jedi holocrons are white, Sith holocrons are red. Not exactly a disruptive color scheme.

First we’ll take a look at the Sith holocrons. This is a temporary energy boost. If you’ve ever seen Sonic the Hedgehog bounce and land on a TV-like device that gives him a shield, then you’re on the right track. The damage dealt by Starkiller can be buffed, or he becomes completely invulnerable to attacks, or something like that. It all happens on a timer, so make the most of it and time it to make the most of it.

Jedi holocrons are, frankly, more interesting fun. Some of them give huge amounts of level points. Others give ability points or even crystals to change the color of a lightsaber. You can also purchase new costumes through them. Jedi Holocrons are like a one-stop free shop for all your power-up needs.

Against bosses, Force Pulse is your best friend 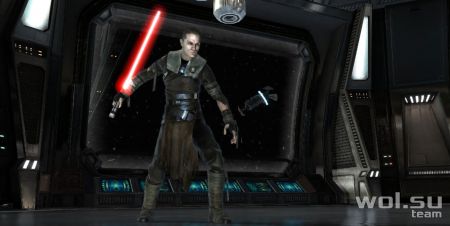 Here’s a quick tip for you. When you get into fights with especially strong enemies, including most bosses, it’s a good idea to get close to them and use Pushback when they attack. Surprisingly, this confuses most of your enemies. Whatever they were doing before Starkiller came and disrupted their plans, they will have to return to the starting point, and in the meantime, you deprive them of the ability to reduce your health for a few seconds. Good deal. 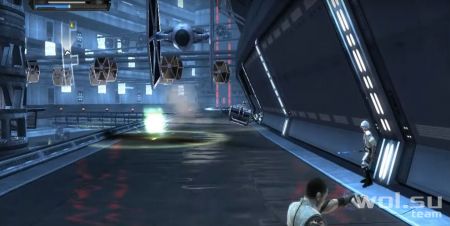 The thought of chain lightning firing from your fingertips and aimed at an enemy most often conjures up the image of the nefarious Emperor Palpatine played by Ian MacDiarmid. But two people can play this game. After all, Starkiller is Darth Vader’s apprentice, and investing a few points in his own electric theater is a good idea.

Not only does this work great against mechanized soldiers and droids, but it’s also the secret recipe for sending TIE fighters flying down and exploding with pleasure. Whatever you say about The Rise of Skywalker, this movie only reinforced what The Force Unleashed veterans and their fellow Pokémon players already knew: if it flies, seal it up.