Diablo Immortal is not only the first free-to-play mobile game in the iconic Blizzard RPG, but also the first Diablo game with MMO elements. As such, there are plenty of new concepts and ideas in Diablo Immortal that even die-hard fans of the franchise will have to figure out in order to start this latest adventure on the right foot.

In this beginner’s guide, you’ll find 10 early game tips and tricks, from getting the most out of your Battle Pass to effectively leveling up so you can start from scratch and leave a trail of demon corpses behind you. The shelter will not save itself, so it’s better to take care of the extermination.

Choosing a class for your first character in any RPG is always an important decision, but in Diablo Immortal, this choice takes on even more importance than in previous entries in the franchise. This is because Diablo Immortal does not have a shared stash, which means it is not possible to transfer items found by one character on your account to another. Certain Battle Pass rewards can also only be earned on one character, meaning subsequent characters will be further disadvantaged. You don’t want to dive too deep into one character, only to realize that you don’t like the class and start over from scratch. Blizzard is going to implement a class change feature that will allow players to switch their character to a different class from time to time, but this feature will not be available at launch. With that in mind, try to pick a class that you enjoy playing for at least a few months to keep up. Each class has its own strengths and weaknesses, but they are all balanced enough that there are no bad options. The Crusader and Monk, for example, excel at dealing AoE damage and support spells, while the Demon Hunter and Necromancer deal high single-target damage. The Barbarian and Wizard can also deal significant AOE damage, so it all depends on which playstyle you prefer.

Create or join a squad

Squads are a new feature in Diablo Immortal that essentially work like a mini-clan for up to eight players. If you have a group of friends that you intend to play Diablo Immortal with on a regular basis, it doesn’t hurt to create a squad. Why? Of course, because you will receive additional rewards. Passing group content as part of a squad allows participants to regularly receive additional rewards. In addition, members of the same squad have a common cache where they can put and take items, but with some restrictions. To unlock this feature, you will need to complete the main story up to a certain point, but once you do, it is definitely worth crafting. 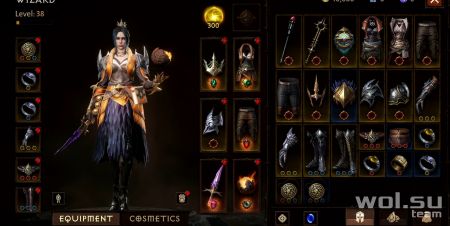 In Diablo Immortal, you’ll find new items all the time, and even if you don’t want to use them, you’ll still want to pick them up and smash them in the forge to get salvage, which is used to upgrade your equipment. By default (at least in the Early Access build we played), auto-pickup is disabled. Enable this feature immediately in the game settings and make it so that items of any rarity are collected automatically. Over time, you may want to filter out some of the rarities of the auto-collected items, but it’s a good idea to pick up and salvage anything you don’t use at the start.

Don’t worry about equipment early in the game

In the early stages, you should not delve into the smallest details of the equipment. Instead, just look at all the items in your inventory and look for the ones that have a green arrow pointing up. This means the item has been upgraded and you should probably equip it. At higher levels, you’ll want to prioritize some stats over others depending on your class, but early in the game it’s not that big of a deal. The game also doesn’t take into account the various magical affixes that certain items can have, so keep an eye out for useful item bonuses that might give you a reason to equip one particular item over another. 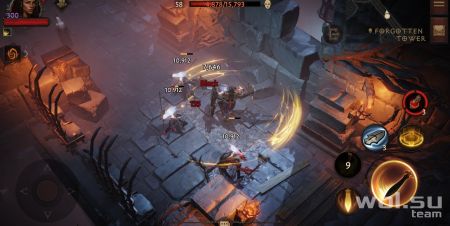 You can only upgrade rare, legendary, or set quality gear, but don’t be afraid to upgrade your gear whenever you get the chance. This is because all of your upgrades carry over when you upgrade to new gear using the Free Rank Transfer feature. This means that if you have the materials, then there is no reason not to upgrade the equipment every chance you get. Gear upgrades give you boosted stats that can give you a big power boost when using all your gear, so be sure to take advantage of that.

Leveling up in Diablo Immortal is pretty straightforward. By killing monsters and completing quests, you gain experience that you need to level up. This can mostly be done by simply playing through the game’s main campaign, but there are times when you’ve completed all of the main quests and are prompted to reach a certain level before you can continue the story. In this case, you will have to do tactical polishing to reach the required level and continue the campaign. Don’t just stay in one place and kill demons for hours on end. Instead, in order to get as much experience as possible, you will need to combine battle quests, dungeons, bounties that give bonus experience, side quests, or optional hidden lairs that can be found in the game world. The most effective way to level up is probably by completing the Battle Pass quests and leveling up the Battle Pass (more on that below), but feel free to do any side quests you stumble upon during the campaign as this will reduce the amount of XP you need. in the future to continue the story. 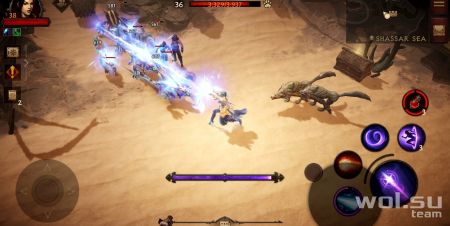 It may be tempting to claim the Battle Pass rewards as soon as you unlock them, but it’s best to wait until the experience is really needed, such as when the game prompts you to level up before you can continue with the main story. This is due to the fact that the amount of experience gained from completing Battle Pass quests depends on the level of your character, which means that you will receive more experience when you receive rewards at level 40 than when you receive the same rewards at level 20. Hold onto your Battle Pass rewards to get the most out of these XP moments. This will save you time that would otherwise have to be spent on sanding.

Diablo Immortal will introduce a feature called Essence Transfer at the start of the campaign, allowing you to extract legendary power from a legendary item and add it to your collection. This power can then be used to replace the power of another legendary item in your possession. For this reason, you’ll want to save all of your unique legendary items and eventually extract their essence with Essence Transfer. This way, you’ll have a wide arsenal of abilities to choose from, and you’ll be able to use those abilities that are most useful for your class without having to randomly search for the specific legendary item that ability was originally tied to.

Play Gems Games Whenever You Can 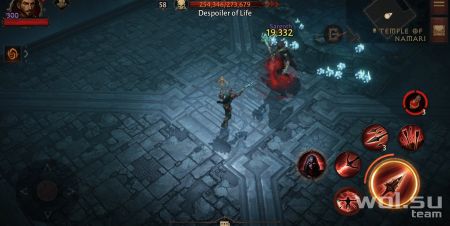 Around the same time that you unlock Essence Transfer (after completing the Zolton Kulle Library main quest), you will also unlock the ability to play Jewels in Rakis Square in Westmarch. While NPC Yakin will allow you to gamble for Mysterious Items for any item slot, you should gamble for Jewels as soon as you unlock this option. This is because at this point in the game, you are unlikely to have all the decoration slots filled, so it is definitely worth spending some gold and filling up the decoration slots to get a significant power boost.

Unlock the Helliquarium as soon as possible

The Helicarius is another new feature in Diablo Immortal and it’s important to unlock it as soon as possible in order to start leveling up. After completing the main quest in Bilefen, which will send you back to Westmarch, you will meet with Ryok, who will explain the basics of the Helliquarium and instruct you to go through the sixth level rift in order to kill a certain demon. Don’t put it off until later. Instead, stop all your business and do it immediately. Once Herald of Chaos Peel is killed, you will receive your first piece of Scoria, an important currency used to upgrade your Helicarius. The higher the level of your helicarium, the higher the combat rating of the items obtained from it. After unlocking the Helicarium, you will be able to earn Scoria by completing the Battle Pass Daily Quests and Battle Pass Raid Quests to constantly level up your Helicarium and continue to increase the power of the Helicarius rewards.