In TMNT: Shredder’s Revenge, Groundhog, an iconic villain from the original television series, is one of the bosses that the half-blood heroes and their allies must defeat. Along with Muddy, Groundhog is a bull that has been mutated to turn it into a humanoid brute, serving as one of the Shredder’s main henchmen. In TMNT: Shredder’s Revenge, Groundhog will attack the turtles with all sorts of vicious tricks that are reminiscent of the character’s origins, making him one of the best villains to face just for the sake of nostalgia.

Groundhog is one of two bosses that the turtles will face at the end of the fourth episode, “Zoo Rumble”. As the half-blood heroes defeat the Foot Soldiers and play to the soundtrack of TMNT: Shredder’s Revenge in Episode 4, players will have to complete additional challenges. Specifically, in the episode “Rumble at the Zoo” there are three additional tasks that the turtles and their allies can complete to increase the difficulty of Episode 4. The first task is to complete the level without taking more than four damage from obstacles, the second is to defeat three foot soldiers using fling slams, and the third additional task is to finish the level without getting captured more than five times.

While the main goal of Episode 4 for TMNT is to stop Groundhog and Dirty, there are also four hidden items that can be found during “Zoo Rumble”. These items include a bug, a classic title, Attila’s cameo, and a secret diary. While finding these four items isn’t guaranteed to add nostalgia to TMNT: Shredder’s Revenge, they do add another level to the episode by creating more activities for players to enjoy. The secret diary can be found in the urn located to the right of the bench, next to the foot soldiers who are eating ice cream. To find Attila’s cameo, destroy the two mailboxes near the entrance to the zoo. The beetle is also in the trash can, but in front of the cage with the monkeys. And finally, the classic title can be found on the stand at the end of the monkey cage, next to the snake pen.

How to beat Groundhog in TMNT: Shredder’s Revenge 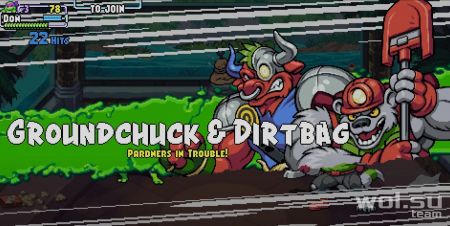 TMNT and their allies may have trouble defeating Groundhog and Muddy at the same time. Groundhog’s attacks consist of him running around the arena relentlessly several times before reloading, quickly kicking those who get too close, and unleashing a barrage of missile horns from his head. The six-player mode in TMNT: Shredder’s Revenge will make it much easier to defeat Groundhog and Muddy, but it can be difficult for solo players to deal with both bosses at once.

In order to defeat the Groundhog, it’s best to deal with the Muddler first, as he travels underground. Avoid Groundhog’s attacks until Groundhog is defeated, but after that remember to land quick hits and run away from Groundhog. With enough patience, the TMNT and their allies will be able to defeat both minions and get one step closer to the Shredder.