One of the best ways to get stronger in V Rising is to defeat bosses in the open world. They drop blueprints for new weapons and abilities that gamers can replicate and use. One of the bosses, Grayson the Gunsmith, offers players a handy “Defense Buff” ability and important recipes for crafting weapons.

This fight can be difficult for players caught off guard by his fighting style. Not only that, players will also have to beware of Grayson’s henchmen. So for V Rising fans who need help fighting this intimidating boss, here’s how to find and defeat Grayson the Gunsmith.

Where to find Grayson Gunsmith 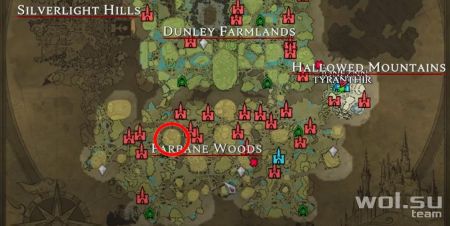 Gunsmith Grayson is located in the Rogue Armory in the western part of Farbane Forest. Grayson will be in a small fenced wooden work area east of a small pool marked with two torches at the entrance gate in the southern part of the Rogue Armory.

How to beat Grayson the Gunsmith

Grayson is level 27 and uses a mixture of long-range and short-range traps, as well as spike traps to attack players. Caltrops are the biggest problem for players. If they step on or hit them, they deal a lot of extra damage. In addition, Grayson scatters tons of them all over the area, giving players little to no room to move.

A good V Rising tip for dealing with spike traps is to stick around four sets of armor scattered around the corners of the arena. When equipped, the armor grants players a couple of seconds of invulnerability. So when Grayson sets up too many traps, put on your armor and go through as many spikes as you can.

This will allow players to clear the battlefield without getting hurt. In addition to caltrops, players should watch out for Grayson’s Ax Throw attack, which throws three miniature axes scatter away from him. Grayson also has a Hammer Whirl attack if he can get close to players. It is recommended to bring a crossbow or other ranged weapon with you in this fight as the ax throw is much easier to dodge.

After defeating Grayson, fans will be rewarded with the Crimson Aegis ability. Crimson Aegis allows players to place a shield on themselves or an ally that protects them from 200% of the caster’s spell power. In addition, gamers will receive new workshop floors, statues, and recipes for making husky stone.