Bosses in Elden Ring have always been difficult, but sometimes players may find that some bosses, such as the God-Eating Serpent, cannot be defeated. This is not due to difficulty, but due to a glitch that makes him invulnerable. This is frustrating, of course, but luckily it can be fixed if the player encounters it. What’s more, players won’t even have to wait for the developers to release a patch.

Glitch with the immortal God-Eating Serpent

Glitches of this kind can also occur in other areas of the game. When players encounter a glitch, it can trigger many unexpected events. For example, players may encounter an event that triggers a scene. Instead, the game crashes. A game as big as Elden Ring is bound to have a few bugs, just like Skyrim. In this case, the health of the God-Eating Serpent will drop to zero, but will not die. There’s a reason it’s happening with this particular boss, because of the way the fight is structured. The problem occurs due to corrupted Elden Ring game files.

If players are having problems, like with this boss or in other areas of the game, it probably means that the game files have been corrupted in some way. Once players fix the corrupted files, Elden Ring will work normally. Now they will be able to defeat the God-Eating Serpent, or at least try to do so. How players can fix corrupted files depends on the system they are using. However, this process is not difficult for any system. 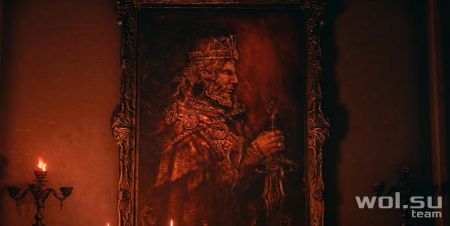 Luckily, players have a relatively easy fix. The developers have released several fixes for Elden Ring, but this particular bug and others still persist. If the player is playing Elden Ring on Steam, try verifying the integrity of the game files. To do this, click on the gear icon on the game page or right-click on the game in the game list. Click on “Properties” and then click on “Local Files”. One of the options is “Verify Integrity of Game Files”. Once the files have been verified, Steam will notify players if any files are corrupted. Once they are fixed, hopefully this will fix the issue.

For those who play Elden Ring on PlayStation 4 or 5, the best thing to do is to try restarting the console. Press the PS button on your controller, navigate to the power icon, and select Restart PS5 or PS4. When players launch the game again, hopefully the problem will be fixed. Please note that this is not a factory reset.

For Xbox consoles, the process is similar. Press the Xbox button on your controller, go to Profile & System, select Power, then Restart Console. Start Elden Ring again and the game should work as expected.