A new addition to Horizon: Forbidden West is the Arena. Here you will be able to fight complex machines as quickly as possible. As you progress, the challenges become more difficult, and you can compete for a place on the global leaderboard.

The arena has a lot to offer and you may be wondering how to get through it. Here’s everything you need to know about the arena in Horizon: Forbidden West, along with some tips on how to beat it and hit the fastest time possible.

What is the arena in Horizon: Forbidden West? 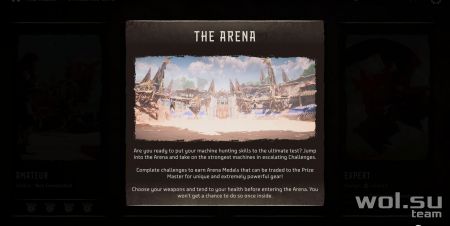 The Arena is the place to go if you want to test your combat abilities or practice against the heavier machines in the game. There are various challenges to choose from, each consisting of separate tasks, as well as the last difficult challenge, which will involve one of the large machines.

When passing tests, you will only be able to use the weapons that you currently have. Before starting the test, make sure you have the right weapon. Any materials you use to craft weapons in the middle of a fight will be returned to you after the challenge is complete, so you don’t have to worry about wasting resources.

However, in the final challenges of each segment, you will be given certain equipment. This includes armor and weapons, as well as the amount of materials for crafting additional ammo. The leaderboards will only be valid for these final challenges, so each player will compete with the same gear to have an even chance. 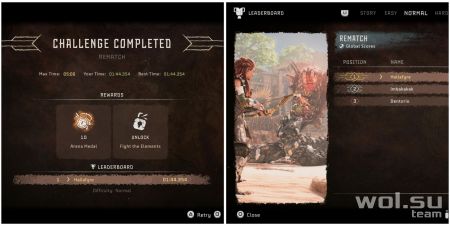 Each of the final challenges of each segment will feature a leaderboard. Here you can see the results of players from all over the world and compete in the speed of passing the test.

As mentioned earlier, each player will be playing the final challenges with the same equipment, so it doesn’t hurt to get the legendary armor and a completely updated bow in advance.

There are also separate leaderboards for each difficulty level of the game. If you complete the challenge on normal, your time will not appear on the leaderboard on easy or hard.

How to unlock the arena in Horizon: Forbidden West? 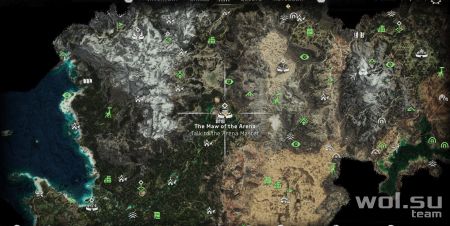 The arena is unlocked after completing the “Kulruth” main quest. After that, you can visit the “Mau of the Arena” – on the map above, next to the Memorial Grove – and receive the “Opening the Arena” side quest.

After completing it, you will be able to take part in the tasks of the Arena. Arena quests recommend that Aloy be level 20, but they can be played as soon as they become available. In addition, you can return much later.

What do you get for completing the Arena in Horizon: Forbidden West? 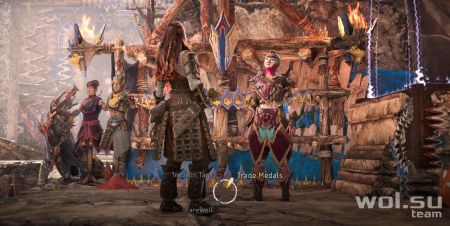 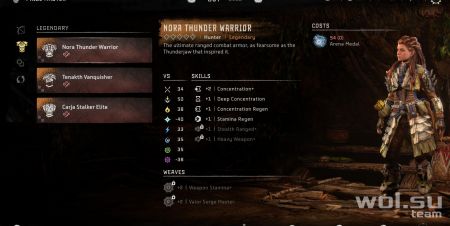 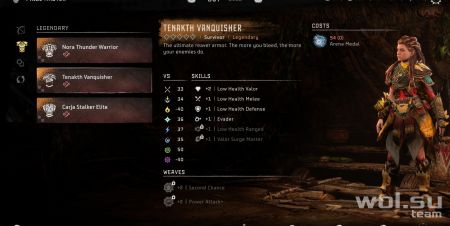 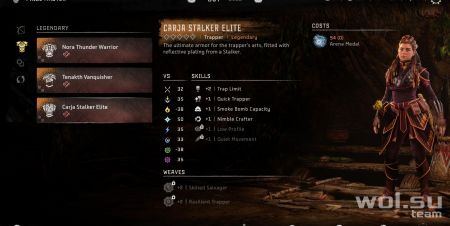 By completing Arena tasks, you will receive Arena medals. Talk to Dukka – he is standing at the entrance to the Arena – and exchange all the medals you have.

Three outfits can be purchased on the Arena medal (each of them can be seen above), as well as several types of legendary weapons. To get all of these rewards, you will need to complete most of the challenges.