For Souls-like newbies, playing Elden Ring can be a tough challenge. Limited healing options, hard-to-kill enemies, and the vast open world of Elden Ring can be frustrating if you’re unprepared. Even Souls veterans can struggle during the first few hours of a game.

Fortunately, never before have From Software games had so many mechanics designed to help players. Spirits, mounted combat, and stealth are just a few of the mechanics you can use to level the playing field. For those new to the Lands Between, here are ten tips and tricks to make your adventure much easier. 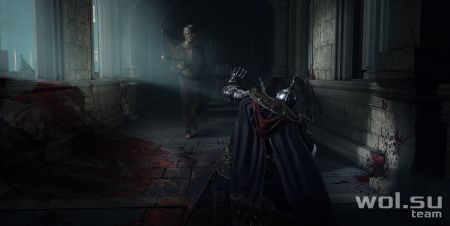 For Souls veterans, this shouldn’t be a problem, but those new to From Software games should understand the importance of dodges. In Elden Ring, dodging is the safest way to avoid attacks, not because you can control the distance to the enemy, but because dodging gives you invincibility frames.

Invincibility frames, known to most as iFrames, refer to the part of your dodge animation where you are completely immune to incoming damage. In Elden Ring, this is about half of the throw animation. Dodges should be performed just before the opponent’s strike in order to avoid his strike and get an opportunity to counterattack. Most attacks can only be dodged with dodges, so get into the habit of rolling on the floor. And for the Sekiro fans who were used to the dodge dance in that game, Elden Ring doesn’t have that anymore; everything went back to rolling and parrying.

Use Ashes of War 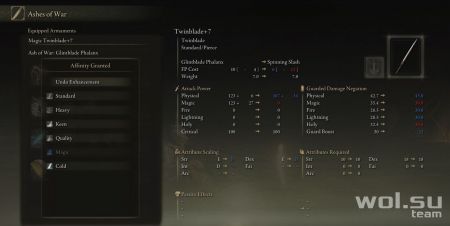 Ashes of War act as special abilities that can be cast on weapons and shields. These abilities range from powerful attacks to full-fledged spells, so they’re worth using in normal gameplay for any build. More importantly, Ashes of War changes your weapon’s damage profile and scale.

When you change Ashes of War on a weapon in the Place of Grace, you can also choose the tincture of that weapon. Settings allow you to change how much weapon damage depends on a certain indicator, or add a new type of damage, such as lightning or cold. This can be very useful when facing bosses that are vulnerable to certain types of damage. Changing your weapon’s battle ash is completely free, so there’s no reason not to experiment with this system. Find skills and tinctures that work best with your build. 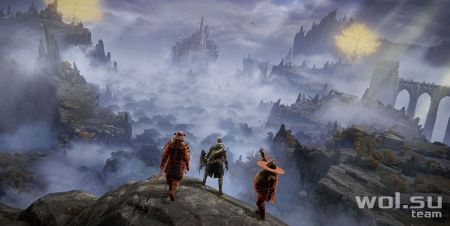 Exploration is a core part of Elden Ring gameplay that should not be neglected. Finding crypts and enemy camps is a great opportunity to improve your character, both through equipment and through leveling up. We could put together a whole list of what you should look for in the Interearth, but instead we’ll give you some general, spoiler-free tips that should make exploring a little easier. 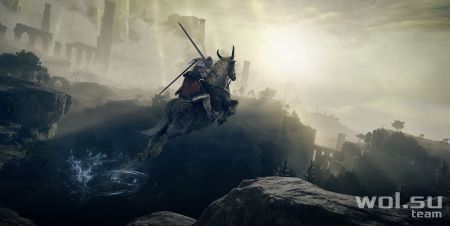 Elden Ring introduced a dedicated jump button, and with it a new vertical gameplay element that was missing from From Software’s Dark Souls games. Jump attacks are now easier than ever before, which is great because jump attacks are very powerful. Dual-wielding and using a heavy jump attack will break the composure of almost any enemy in the game, even a few bosses. Get into the habit of using them.

In addition, there are many hidden areas in Elden Ring that can only be accessed by jumping. Legacy dungeons make extensive use of secondary paths accessed by jumping over chasms, so keep an eye out for ledges or rooftops that you can jump onto. If it seems that you can jump on it, then most likely it was intended. The same goes for falling: you can fall much further than was possible in Dark Souls.

Mark places with markers on the map 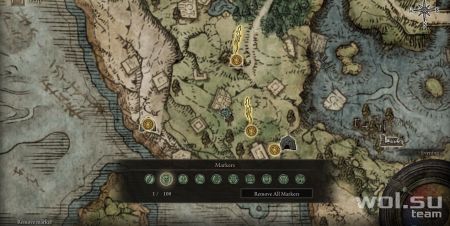 Unlike most open world games, in Elden Ring the map and compass give you the bare minimum. If you’re looking for a dungeon to loot, you’ll have to find it yourself. Luckily, you can create map markers and beacons to mark important places.

At any time, there can be up to five beacons and up to 100 markers on the map. Beacons will emit a pillar of blue light to make them easier to find. Markers only appear on your compass, although there are many marker icons you can place to better classify places. For example, if you find a great wolf breeding spot, you can mark it with a wildlife icon to distinguish it from a landmark or treasure icon. Use these features to help you navigate the vast world of Interearth. 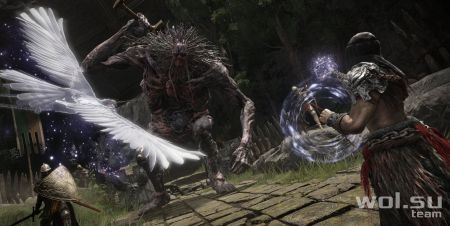 If you find yourself outnumbered and close to the Renaissance Monument, you can summon powerful spirits to fight alongside you. These spirits are just as useful as co-op phantoms: they draw the attention of the enemy to themselves, causing serious damage in the process. When the tombstone icon appears on the left side of the screen, you can use Spirit Ashes to call for reinforcements.

You will unlock your first spirit ashes fairly early in the course of the game. Mild spoilers below: 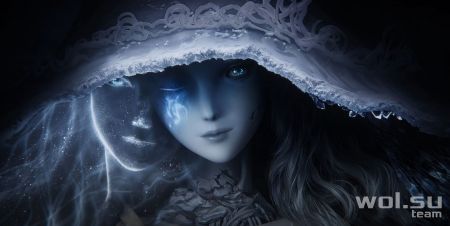 As soon as Melina gives you the opportunity to call the Stream, return to the church of Elleha. The witch of Renna will appear on top of the destroyed wall. Talk to her to get the Spirit Calling Bell and Lone Wolf Ashes. You can now summon a pack of wolves when you are near the Renaissance Monument. Throughout your playthrough, you will find additional Spirit Ashes, and later unlock the ability to increase the power of Spirit Ashes. 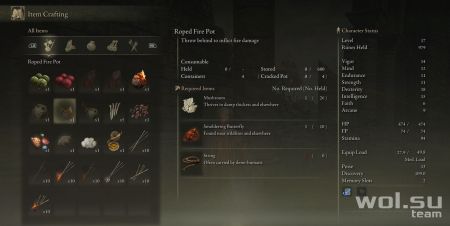 Crafting is a small but powerful mechanic in Elden Ring that every player should use. By gathering resources from the environment and slain enemies, you can craft powerful consumables, ammo for your bow, and even explosives that can inflict various powerful effects. Exalted Flesh, Pickled Turtle Necks, and Fire Bombs are some of the best items that can be crafted with this system. For more information on crafting at Elden Ring, check out our crafting guide. 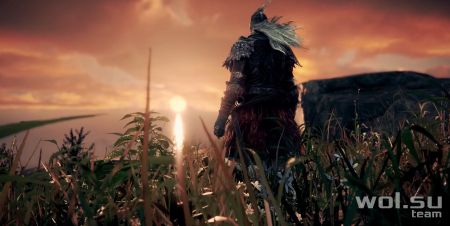 Sekiro’s stealth mechanic has made it to Elden Ring, and it’s just as useful in Lands Between as it is in Ashina. If you press the crouch button, your character will make less noise and become less visible. Crouch in the bushes and you will become almost invisible to enemies.

By sneaking up on an enemy from behind, you can backstab them, dealing massive damage and knocking them to the floor. Sneak attacks are a great way to clear a camp of enemies or isolated opponents. If you are spotted, find a secluded spot and wait a few seconds until the enemies lose interest. As strong as this strategy is, stealth is not suitable for boss fights. If you’re looking to work your way up to the title of Elden Lord, rethink your strategy.

Choose as an initial class – magician 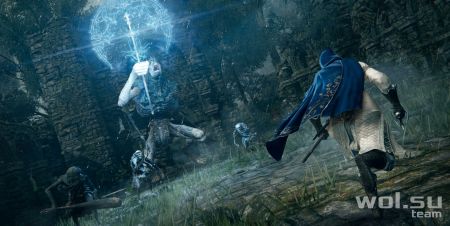 Unlike previous From Software games, spell catalysts are rare in the early game. Glitchstone staves are only dropped by rare enemies, and Finger Seals can only be obtained by defeating the first Elden Ring main boss. If you want to become a spellcaster or dabble in spells, consider playing as a spellcaster class. Even if you’re not interested in magic, we still recommend it: spells are invaluable in Elden Ring and offer an unprecedented level of utility. 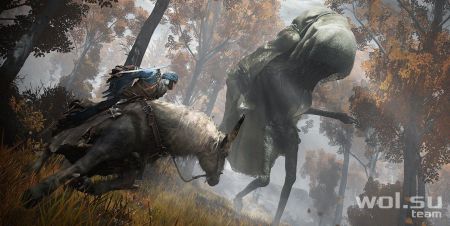 The stream is much more than a means of transportation across the Inter-Earth. Using your mount in combat is a game-changer thanks to your tremendous speed. You can dodge enemy attacks with ease while dealing multiple hits with your trusty weapon at the same time. Particularly powerful for this style of play are mast-blades and halberds.

Remember that while riding the Stream, you can attack from any direction. When attacking with the right hand, the weapon will be deflected to the right, and when attacking with the left, it will be deflected to the left. Once you get comfortable with movement speed and attack control, you’ll be able to single-handedly take out groups of enemies without a scratch. Be sure to use Torrent whenever possible, even during combat.