In Dynasty Warriors 9: Empires, you create the unification of China yourself. They combine fast-paced combat with a deep strategic mode in which, among other things, you have to manage the diplomatic, military and trade aspects of your chosen kingdom. In the ninth part of the series, this mode is called “Conquest”. 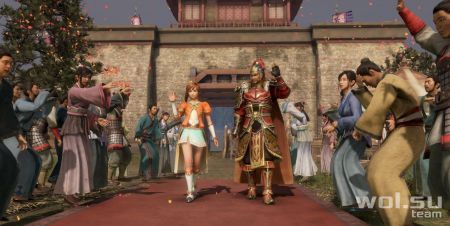 When you start a campaign in Conquest mode, you will be prompted to select a campaign and a character in it. There are eight different campaigns in the game, seven of which correspond to different historical events in the Romance of the Three Kingdoms timeline. The last campaign, which has no historical analogue, allows you to select any officer in the game.

Depending on the campaign and the chosen character, you will have different powers and roles in the game.

These positions (as well as other positions such as Prime Minister and Emperor) can be cycled through promotion and resignation. 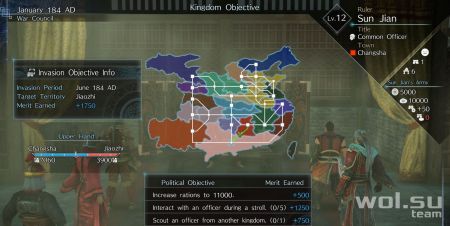 Military councils are held every six months and determine the direction of the kingdom for the next half year. The ruler of the kingdom will have to do two things:

You can only participate in the policy making of the kingdom if you are playing as a ruler. The policy of the kingdom consists of four items grouped into four separate categories: Internal Affairs, Human Affairs, Diplomacy and Military Affairs. Kingdom officers will execute autonomous political commands according to the weight of points assigned to each category.

The goals of the kingdom are selected from the list of possible goals formed at each war council. First, the ruler is asked to choose the target of the invasion, although he is not required to do so at every war council. They then select multiple targets.

For each goal achieved within a six-month period, you will receive a certain amount of merit based on the goals you set.

Note: If you enter a new kingdom as a new officer, then a council of war will be held in the first month after your entry into the kingdom. If you start a campaign in a kingdom, then within the first month a War Council will appear in it.

You can influence the goals of the kingdom, even if you are not the ruler. If you are a general or higher, you can counter the ruler’s declared goals with your own, and there is a chance they will accept your offer. If you are a Ruler and one of your subordinates proposes his own set of goals for the Kingdom, then by agreeing with him, you will improve your relationship with this officer. 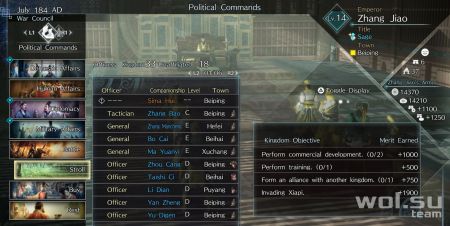 Every month you will have to choose a political team. You can only use one command per month, and once a selection is made, you cannot undo it. Teams are divided into six categories:

Use these commands wisely to achieve your goals and respond to what is happening on a large scale. 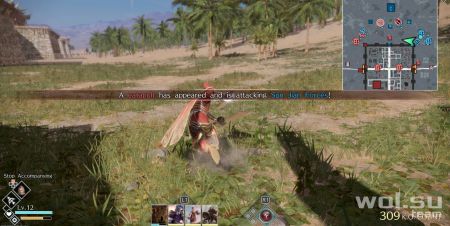 Invasions are a way for rulers to conquer China: they send a squad of soldiers to another region and try to take it by force. Invasion battles consist of two separate phases:

Together with allied officers, you will operate on the map to capture enemy bases before they can effectively recapture them. Important bases to target are weapon bases where catapults, battering rams and siege towers are built. They will all try to access the castle in their own ways.

Tip: In battles, you can force other officers to follow your orders using the “Individual Commands” section of the main menu. You can use this to make sure certain goals are met and distribute your officers efficiently. You can only order officers if you are their ruler or are in close relationship with them.

Once you gain unhindered access to the castle by destroying any gates, the Decisive Battle phase will begin. In this phase, the enemy commander spawns at full health and the only goal is to defeat him. They spawn in the center of their castle, there are many soldiers and officers around them, so learning how to quickly deplete their health is the key to success. 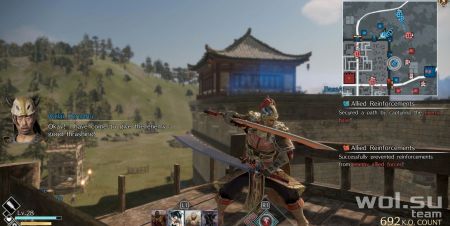 Defensive battles are very similar in structure to invasion battles, but this time you are defending a castle. In these battles, you have to make sure that your commander does not fall – it’s much easier when you play as a commander.

As with invasion battles, the goal of the first phase is to trigger a Decisive Battle using secret plans. In these battles, there are two different ways to start this phase:

Once you complete one of these requirements, you can head to the invader’s base and defeat their commander to quickly end the battle.

If you are caught off guard and have few forces or few officers, any of these requirements may not be possible to fulfill. In such cases, you must wait out the invasion for 15 minutes. If your commander lasts that long, you will win the battle. 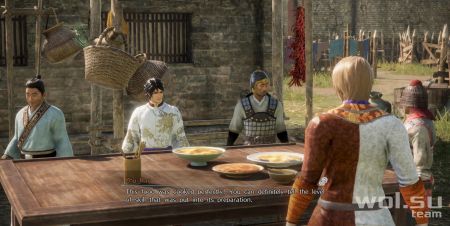 The walk will take you to the open world map of China from Dynasty Warriors 9, where you can explore the whole country and visit various castles, settlements and landmarks. However, in reality, while walking, you will never have to do this. You can instantly talk to any officer currently available on the Walk through the main menu, and at any time access the Shop from the Political Commands menu.

The main purpose of the walk is to talk to the officers. This way you can improve your relationship with them, try to recruit them, or trigger scenes where you can be given gifts. It’s also the only place in the game where events related to marriage or siblings can be triggered.

You can find out if the walk will trigger any events by looking at the list of officers in the “Political Commands” menu. All officers currently associated with events will have exclamation points next to their rank and will be promoted to the top of the list.

Interacting with officers usually costs action points while walking. At the beginning of the game, you will only have three points. You get more action points per walk by unlocking higher-level titles, which have a maximum of six action points.