Some of the bosses in Tiny Tina’s Wonderlands are hard to beat. And there is nothing surprising in the fact that the boss of the final campaign is one of the most difficult. This is because the Dragonlord has a few tricks up its sleeve that can take the player by surprise and eventually lead to their death.

How to defeat the Dragon Master 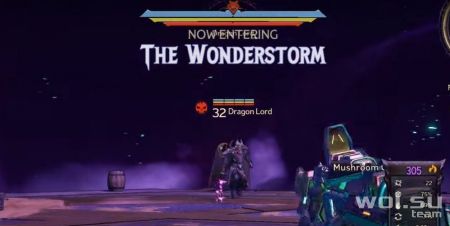 Before players travel to the portal leading to the boss fight, they will need to pick up the right weapon and spell. As players have noticed, at the beginning of the game, the Dragonlord has three bars: Ward, Armor and HP. Therefore, players need to have at least three weapons with elemental damage: Lightning, Poison and Fire.

But during the fight, players will have to fight some secondary enemies (skeletons, spectrals, and wyverns) that have a grayish streak that is susceptible to frost elemental damage. In terms of spells, players should try to use AOE based spells as there are always minions roaming the area and AOE spells are pretty effective against crowds of enemies.

Finally, players must be aware of their surroundings. The boss fight area is not very large, so players can accidentally fall down, causing the boss fight phase to restart. In addition, there are three boss phases: the Ground Phase, the Flying Phase, and the Bernadette Phase, which will be covered in the guide. 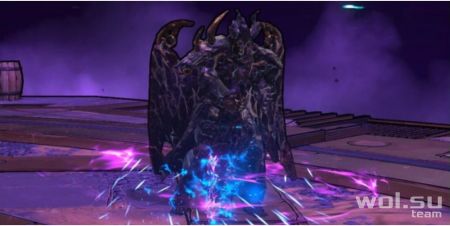 During the first phase, the Dragonlord will stay on the ground, moving around the area only after taking a certain amount of damage. During this phase, he will summon skeletal pranksters that players can easily kill with a powerful AOE spell or a DOOM-inspired SMG. He will also have various attacks that players should be aware of. 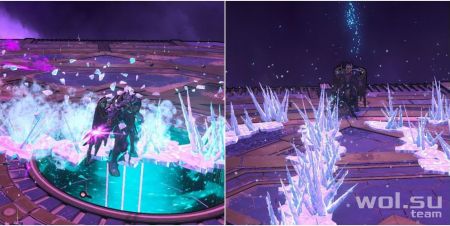 The Dragonlord slams into the ground, creating cracks of icicles that deal damage on impact. In addition, after a couple of seconds, the ice will break and deal frost elemental damage to the player if they are near it. 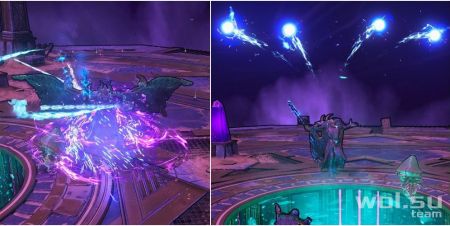 Players should be careful when they see the Dragon Master forming multiple lightning balls, as he will throw them at the player, dealing massive damage. Also, the lightning bolts will follow the player for a short time, so players should keep moving until they disappear. The mushroom companion Sporewarden is quite useful against Lightning, so players should consider using it as a secondary class. 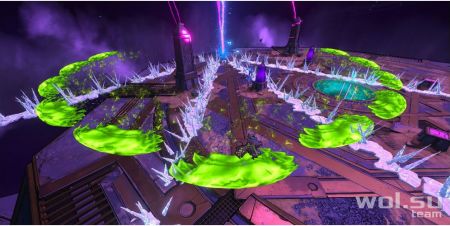 The dragon lord will unleash a large poison attack that will not only damage the player, but may also push them off the floating arena. Players can avoid this attack by jumping over it or hiding behind one of the pillars. 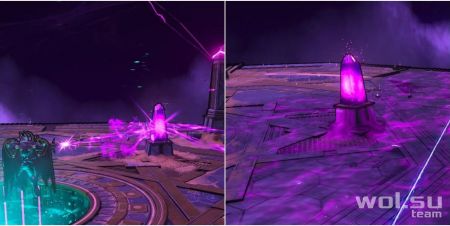 During the fight, the Dragon Master will enchant one of the four crystals located in the center of the arena. After completing the enchantment, a purple slime will appear in the area around the crystal, which will constantly deal damage to the player. Players can destroy the crystal with Poison Weapons as it is heavily armored. 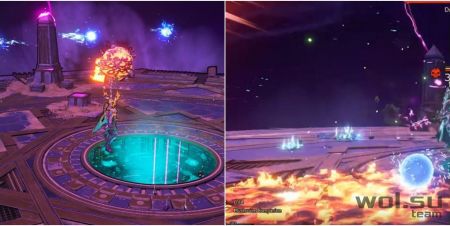 The dragon lord will conjure a huge fireball that he will throw at the player. What’s more, wherever the fireball lands, it will create a short fire crater.

A swing of the dark blade 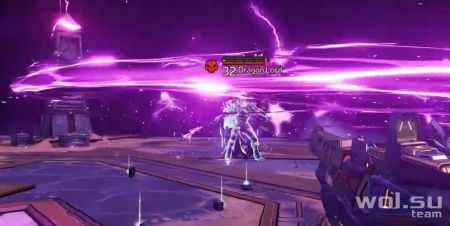 The dark lord will swing his blade several times, releasing an arc of dark energy. Players can dodge these attacks by crouching or hiding behind pillars. 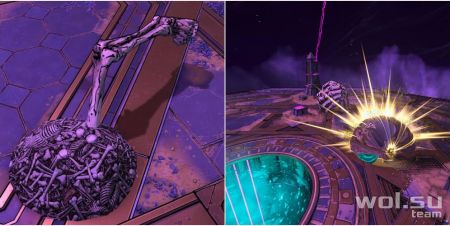 The Dark Lord summons a giant skeletal hand that strikes the ground. This attack damages and pushes the player – another reason to stay closer to the middle of the arena. 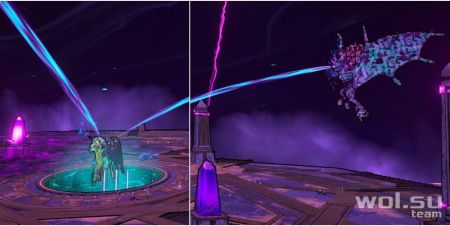 From time to time the Dark Lord will summon four Spectral Aegis to replenish his Ward. Players will need to defeat them as soon as possible or they will replenish his entire ward, which will lengthen the fight. 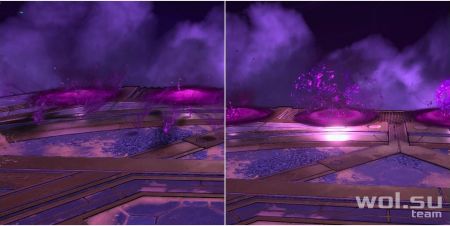 Each time the player depletes one of the Dragonlord’s bars (during the first phase), it will disappear and summon Spectral Wyverns. But the purpose of these Spectral Wyverns is not to damage the player, but to knock him out of the arena. Fortunately, they are weak to frost damage, which the Brr-Zerker class has a lot of. 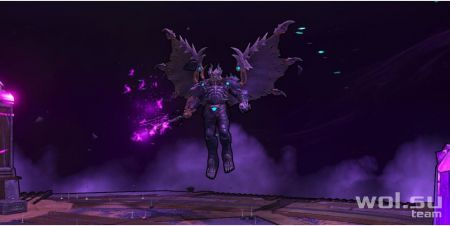 Once the player runs out of HP, they will disappear for a short time and reappear with new armor and HP. But this time, he will be flying around the arena, and while he retains some of his old attacks, he also gains some new ones. During the second phase, a crit-based build, like Mistdancer, can be effective. 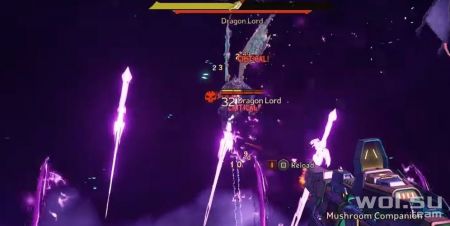 The Dark Lord summons three large spectral blades that he throws at the player. Like the previous attacks, this attack has a chance to knock the player out of the arena, so players should avoid hitting the edge. 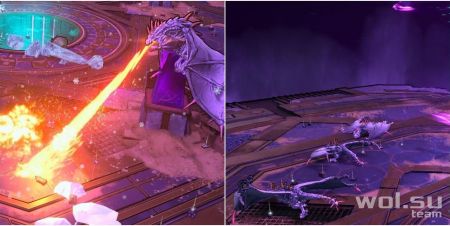 Throughout the battle, the Dark Lord will summon wyverns to help him. Those that fly will deal damage with fire elementals, while those on the ground will rush at the player. 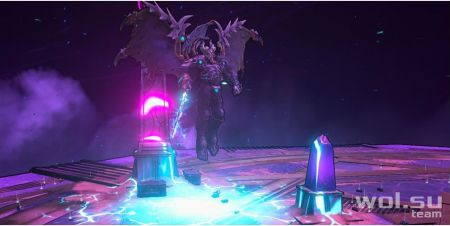 Periodically, the Dark Lord will teleport to the player and deliver powerful ice slams to the ground. Players should note that the ice stays on for a few seconds and then disappears. 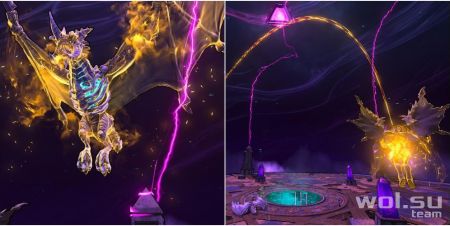 Once the player depletes the Dark Lord’s armor and health, he will summon a powerful new ally, Bernadette Dracolich. During this final phase, he will only appear with an HP bar, but after taking a certain amount of damage, he will become attached to Bernadette, at which point the player will need to attack her.

In addition, he will continue to summon wyverns, which will make the fight much more chaotic. Players should prepare with a powerful frost elemental weapon (perhaps by cashing in one of the SHiFT codes) as Bernadette is weak to frost. For the most part, the Dark Lord retains his second phase attacks, but players should be aware of Bernadette’s attacks. 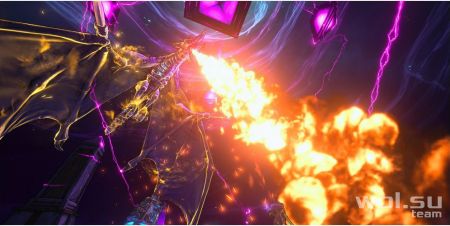 Bernadette unleashes a powerful fire attack that covers a large radius. Players can use pillars as they provide some protection against this attack. 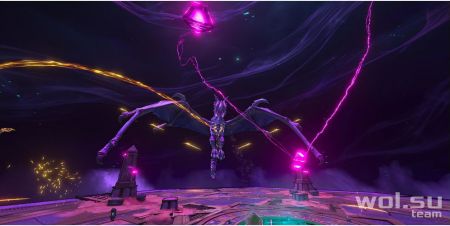 Players should be especially careful when they see Bernadette spread her wings, as she is preparing a powerful blast attack that can push the player out of the arena. 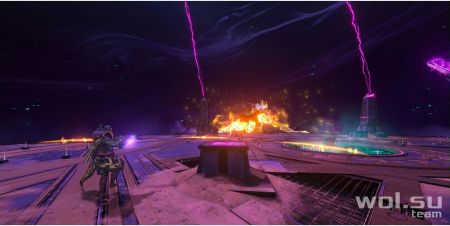 Bernadette fires several large fireballs that set everything on fire. 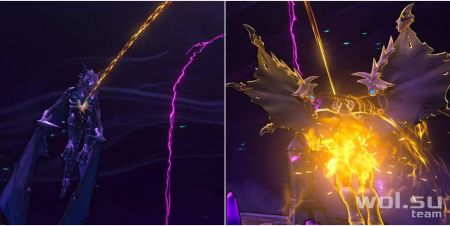 After the player deals a certain amount of damage to the Dragon Master, they will become attached to Bernadette. During this time, players will have to attack Bernadette until she releases him. This will continue until Bernadette is defeated.

Reward for defeating the Dragon Master 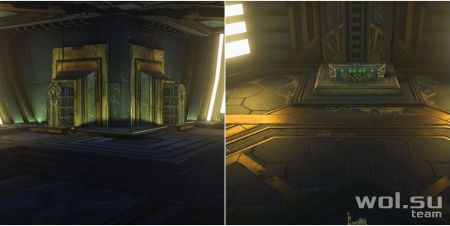 After defeating the players, the Dragon Master will drop money and a lot of high quality loot. Additionally, players can drop down into the hole in the center of the arena where they can loot eight chests.

The best part is that players can repeat this battle as many times as they want and it will always let them loot the chests. If players are unable to defeat the Dragon Master, then they should try to get legendary loot and then try again.