When you first start playing the Disney Mirrorverse, it can be confusing how to move forward most effectively, but there are a few simple methods to help players quickly unlock strong Guardians and assemble a powerful team. Completing missions, accumulating various currencies, and using free resources available to all players can greatly increase the level of power without requiring any microtransactions.

Disney Mirrorverse introduces an all-new story with reimagined characters from classic or contemporary Disney and Pixar films. Both heroes and villains unite to defeat a new enemy – the Shattered. To complete combat encounters, players select a team of three Guardians and control one of them while the other two fight automatically. The active Guardian can be changed at any time during a combat encounter by clicking on the icon of another character.

While battling classic characters in the Disney Mirrorverse, players can also optimize their rewards by purposefully completing specific tasks and missions. It’s also important that players use their resources strategically to avoid wasting items or delaying the Guardian team’s collective power level. These best practices will help players level up their Guardians, unlock high-star rating characters, and create a set of strong and varied Guardian combinations.

Complete tasks for which crystals are given 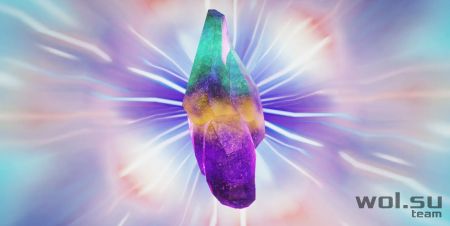 Many quests, including dailies, travel quests, and time-limited quests, provide various types of crystals that unlock new or duplicate Guardians. Focusing on quests where Crystals are given at the very beginning of the game will help players build their squad and increase the star rating of already unlocked Guardians. Upon obtaining a duplicate of the Guardian, it turns into character shards, which can increase the star rating if enough are collected. It only takes two duplicate Guardians to upgrade a character with one star, such as Aladdin from the Disney Mirrorverse, to two stars, but this number increases with each new star rating.

To check which missions earn crystals, players can open the menu using the button in the upper right corner, then scroll through daily missions, travel milestones, achievements, and special event tasks. Each mission has a description and the rewards are listed on the right. Some missions take much longer, but there are several tasks that players can complete earlier, as well as one task each day, which will allow them to earn a decent amount of crystals in a short period of time. 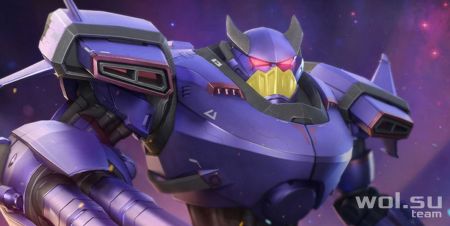 Missions also give a lot of orbs, they can also be obtained from combat encounters or event matches. Orbs can be used to replenish energy or buy various items at the bazaar. However, since a lot of orbs are earned early in the game, it’s best to save them and unlock Known Crystals. Each Known Crystal costs 280 Orbs, but they can potentially give the player a five-star Guardian. In order to play the Disney Mirrorverse without spending money and still get a five-star Guardian, players will either have to try their luck with Known Crystals or get a large number of character duplicates. Orbs are very easy to earn in the beginning of the game, but they become scarce as the game progresses. Accumulating spheres is one way to increase the strength of your team. 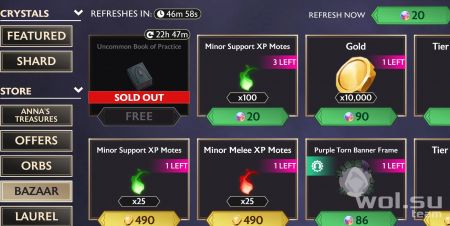 The Bazaar is updated with free rewards several times a day. In addition, when the Bazaar is updated, players have the option to update it again to receive a second free reward. Free rewards can be energy potions, talent books, gold, or other valuable items. Along with free items, the Bazaar always has materials and resources that can be obtained in the Disney Mirrorverse, such as orbs, motes to level up Guardians, or golden cosmetics, such as frames and decorators.

Anything not free in the Bazaar will be sold for orbs or gold, so players have an easy way to get extra resources when they run out of energy. Orbs are usually better spent on crystals, but sometimes you can buy resources to quickly level up the Guardian, rather than waiting for him to go through more encounters. Players should visit the Bazaar as often as possible to get free items.

Do not upgrade all Guardians 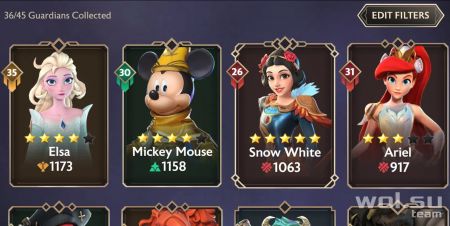 Several Guardians are given to players for free at the start of the game, but not all of them need to be leveled up. If players can complete some encounters without leveling up their Guardians, it can be useful to conserve resources instead of using them on every Guardian at every opportunity. If resources are spared, players will be able to focus on three-star or higher Guardians in the Disney Mirrorverse and quickly level them up as soon as they are obtained. Three-, four- and five-star characters will eventually become necessary to reach the level of power required for more complex combat encounters.

Join the alliance as soon as possible 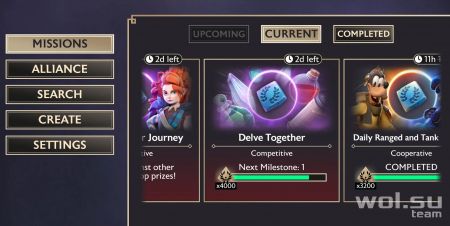 It is best to join an alliance, because there are always active missions that give rewards for completed stages. Players can passively complete Alliance missions, as points are awarded for almost every action in the game. However, players can also scroll through each mission’s objectives to determine which activities will earn them the most points and focus on those. Some alliance missions are updated daily, while others last a week or more. Alliances can be joined or created after completing some story missions, and each group can have up to 20 members. After joining an alliance, players will start earning laurels in the Disney Mirrorverse, which can be used to purchase various items, including Donald and Goofy. 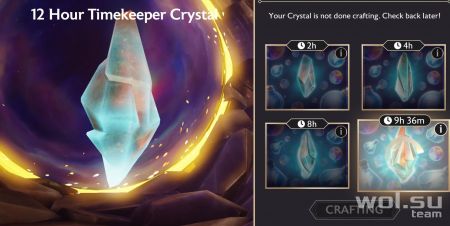 As you progress through the story mode, players will unlock new opportunities, including the creation of Crystals of the Keeper of Time. First, you can make a two-hour crystal, and then four-, eight-, and twelve-hour crystals. While all crystals have a rare chance to reward the Guardian, choosing those that take longer will result in a five-star character. A two-hour Crystal can only give two-star Guardians. The chances of getting a five-star Guardian are slim, but at least it’s still possible if you craft a twelve-hour Crystal. Players can change the crystals depending on their needs. For example, if resources are needed urgently, it is better to use two-hour crystals. 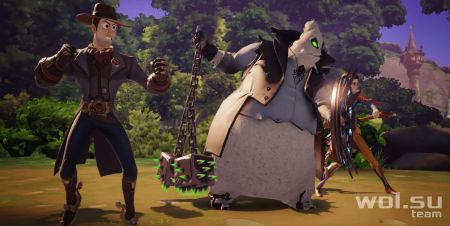 Encounters on Hard or Expert difficulty won’t open right away, but they can be useful later on. Depending on the level of playable Disney Mirrorverse characters, players may reach a point on Normal difficulty where their power level is too low to advance. However, if you return to the first chapter and switch to the “Hard” mode, players will have more opportunities to complete tasks and collect resources. Even if players are stuck on the sixth chapter on Normal, they will still be able to complete a few chapters on Hard before being locked out by a similar power level. The same is true for the transition from the “Complex” mode to the “Expert” mode. There is a lot to explore in the Disney Mirrorverse, but certain missions and encounters will make leveling up a lot easier, so players should be strategic in their missions.