There are six character classes in Diablo Immortal. The Demon Hunter is one of three ranged attack specialists who uses a crossbow to keep enemies at bay. In this guide, we will cover a basic, versatile build and play strategy that will help the player make the best use of ranged attacks.

The Demon Hunter, first introduced in Diablo 3, quickly became the go-to ranged specialist, replacing the Amazon class in Diablo 2. In Diablo Immortal, the Demon Hunter can use a combination of crossbow attacks, traps, and magic to fend off hordes of demons and enemies. To best take advantage of this class, players should focus on a small set of powerful area of ​​effect (AoE) attacks.

The key to successfully building a Demon Hunter is the ability to deal sustained damage to both individual characters and the wider AoE. The main attack should be a crossbow shot. Another potential main attack is Explosive Arrow, unlocked at level 34, but it’s not strong enough to outshine the main crossbow shot. 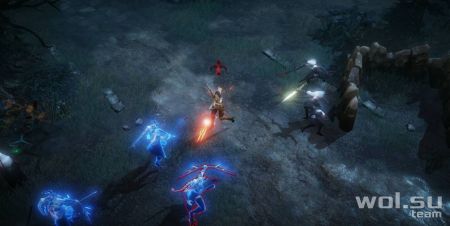 The top four skills for this Diablo Immortal Demon Hunter build are focused on dealing high damage in a wide AoE.

A simple, powerful and effective skill. As one of Demon Hunter’s first skills, the multishot sends a barrage of arrows in a wide arc at enemy targets, with a 9-second timedown and a maximum of three charges. In combat, combined with Rain of Vengeance, this is enough to keep enemies away from the player and deal high damage with high AoE.

Rain of Vengeance has a slightly longer duration (16 seconds), but it has a large circular AoE, raining arrows from the sky at all enemies in range. This skill goes well with any complexion.

Daring Swing is an acrobatic move that allows you to jump over a bunch of enemies. Once activated, the player can choose the direction of movement, and the Demon Hunter during the swing shoots at the enemies below. This skill serves as both an evasive maneuver and an attack, and should be included in the Demon Hunter’s base kit.

Revenge is the last skill to unlock. Revenge serves as a buff to the main attack, making it more powerful and adding additional crossbow bolts for 6 seconds. It also has a passive speed increase effect.

The strategy of this build is to stay at a distance, deal as much damage as possible in the widest possible AoE, and have a quick exit in case the demon horde overtakes the player. This build is best suited for solo play, mini-dungeon and hidden lair raiding, and PvP, making it a good all-around build and strategy for Diablo Immortal.

Essential Skills for a Demon Hunter 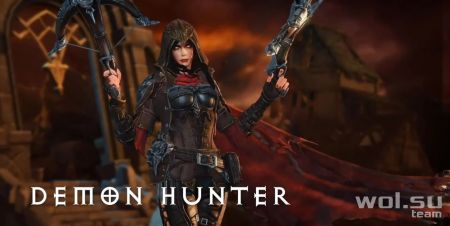 Consider these skills for the Demon Hunter in Diablo Immortal to be the best. If a player needs skills that allow them to attack and knock enemies back at the same time, Backshot is great at dealing damage and knocking enemies back. It doesn’t have a wide AoE, but instead hits in a straight line away from the character, knocking everything in that narrow field a considerable distance. The duration of Backshot is 12 seconds, which is longer than the above skills, but can stun the enemy if they hit an object.

Rain of Vengeance, Multishot, Daring Sweep, and Backshot count as long-range crossbow attacks. Vengeance is an example of Demon Hunter’s shadow magic. Another, unmentioned type of attack is traps. Traps could be used in raids as they work best when enemies come into contact with the trap. But compared to the more devastating Rain of Vengeance and Multishot, traps can be ignored in the best Demon Hunter builds.