The storyline of the Colors of Transience event in Genshin Impact is coming to an end this year, but that doesn’t mean all the fancy festivities are a thing of the past. The final stages of each event have just been unlocked, allowing players to reach the maximum score and grab all the elusive items available in the event before it ends.

For now, players should be able to access all of the Fire Stars, Grand Gathering, and Shadow Play stages, provided that the event’s story quests have been completed. In addition to these final milestones, a new challenge is now available: The Guardian of the Deep. In this combat mission, you once again have to fight Besht, the vengeful wife of the sea monster Osial, who tried to destroy the newly rebuilt Jade Palace. Defeating this familiar enemy is essential to achieving 100% completion of this event, so follow this guide for some tips.

How to unlock the Guardian of the Deep challenge 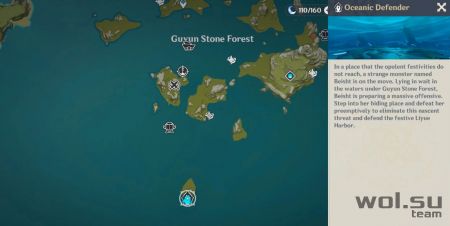 This will take you to a small island south of Guyun Stone Forest on the map. You can travel there on the Breakwater if you really want to, but the game will let you teleport directly to that location. There, a door in the form of an abyss will open before you; interacting with her will take you to the party creation screen, from which you can start the boss encounter. 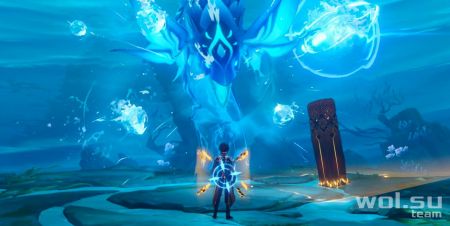 If you accept the Guardian of the Deep challenge, then you have already defeated Besht once. However, in order to receive all the rewards, the fight must be completed several times, which means that it is necessary to develop a safe and effective strategy for destroying the Hydro Serpent.

Combat isn’t particularly mechanically difficult, although there are certain attack patterns you should be aware of. First, note that in order to defeat Besht and complete the challenge, you must destroy all three heads of the boss.

Tip: A head is destroyed when its individual health bar reaches close to zero and can no longer be damaged.

If two heads are destroyed, Besht will go into a state of rage and attack more often until the last head is destroyed. 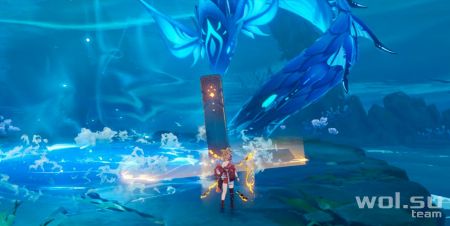 Besht will use several furious attacks against you in an attempt to avenge his deceased partner. For example, she will sometimes shoot hydrospheres that are directed towards your character. This attack is indicated by a blue crosshair, which should be a sign to dodge, defend, or block orbs with Zhong Li’s Geo construct.

Other attacks include the world’s deadliest raindrops and a whirlpool that will try to suck you in before it explodes; make sure you save some stamina to save yourself from it. Besht also has an overpowered attack, Overflow, where one of her heads sucks you in for a while and then shoots out a powerful stream of Hydro damage from her mouth. Avoid this attack at all costs unless you want to dry your socks at the statue of Seven. 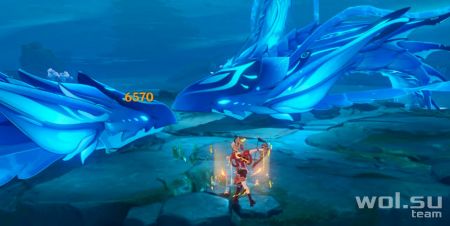 Besht heads can sometimes be damaged while they circle the outer edge of the arena. In addition, some attacks cause her heads to respawn on the ground for a short time. This is the optimal moment for dealing damage, but you need to work quickly, as the vulnerability period is short.

Because Besht’s vulnerability phases are so short, you’re better off using characters with a fast, frontal burst of damage for this fight. Characters like Ayaka, Hu Tao, Raiden, or Ke Qing have elemental blasts and attacks that can deal impressive damage quickly. Use them without hesitation once the boss’s head is exposed.

Tip: Once the encounter begins, Besht’s main head will deal damage at the front edge of the arena. If you’re fast enough, you can deplete that head’s health before Besht reacts.

Ranged DPS characters have a unique advantage in this challenge as they can deal damage to Besht’s heads at almost any time. Gan Yu and Yoimiya are probably the best options for this approach, but characters like Ning Guang, Yan Fei, and Fischl would also be good choices to speed up the fight. 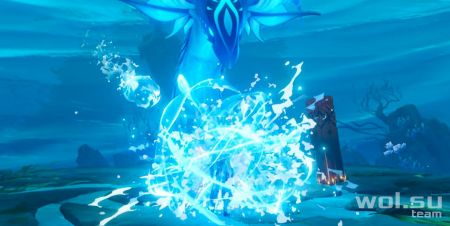 All of Besht’s attacks can be defended, so characters such as Zhong Li, Dione, and Noelle are good for you as support. Healers can also be useful in case you get hit by rogues, but you’re probably better off having a support that can buff your damage and help you end the fight before things get too tough.

Note: Besht has 70% water hammer resistance. Sorry Child and Xinqiu, but you guys better not get into a fight.

Rewards for completing the Guardian of the Deeps challenge 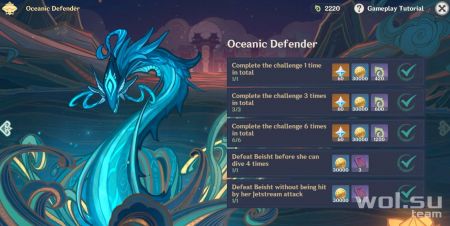 Completing the Guardian of the Deeps quest six times will earn you all the Primogems and Talismans of Conquest required. There are also two additional achievements for players who want to earn a little more Pestilence and Hero XP.

The Talismans of Fallen Evil from this quest are the final piece of the puzzle for those who want to get absolutely everything from the New Star Approach event. They can be spent in the Stage 3 section of the Afterglow Market in the Event Store in exchange for the Crown of Insight and other talent upgrade materials. They will also allow players to finally invite the four-star character Li Yue to their team, as well as unlocking a new Orchid Fleur outfit for Ning Guang.