The Dark Clans are groups within the Shadow faction in Diablo Immortal that players can create or join in order to be able to overthrow the Immortals. The Dark Clans can be joined by invitation or request after meeting the requirements, but players can also create their own group to have more control over it. The player who created the group becomes the leader of the Dark Clan, which allows him to determine the direction of the clan for heaps of experience and additional rank advantages.

Dark clan and how to create it

Before creating the Dark Clan, players need to join the Shadow faction and level up their character to the first rank of Journeyman. To enter the Shadows, you need the Mark of Akeba, which can only be obtained by winning the Shadow Lottery in Diablo Immortal and completing the subsequent quest “Shadow Accuracy”. The Mark of Akeba can be obtained by other players, but the Accuracy of Shadows quest is the only in-game quest that can be completed to obtain this item.

Complete tasks and increase your rank

Complete the Dark Clan challenge and get platinum 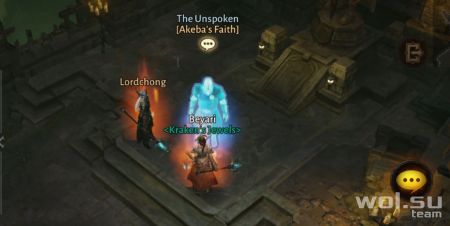 Creating a Dark Clan in the Shadow faction will require players to complete Akeba’s test after communicating with the Unspeakable. As soon as the test begins, the Unspeakable will say a few words, after which the Altar can be activated. To successfully complete this challenge, players will need to defeat multiple waves of enemies in less than five minutes. There are not many strong enemies, so the task will be quite simple, regardless of the character’s class or build.

Another requirement to create a Dark Clan is to pay 3,000 Platinum. In addition to microtransactions, players can earn Platinum by selling Gems, Legendary Gems, or Skill Gems on the Market. The easiest way to purchase and sell skill stones is to create them by getting a simple amulet up to rank five. The enchanter can then extract a skill gem, which can be sold on the market. While some legendary gems sell for a higher price, only certain gems can be traded in Diablo Immortal. Any item marked with a balance scale symbol can be sold, but all others cannot be put up for sale.

After acquiring enough platinum, players can pay a fee and form a Dark Clan. As the leader of the Dark Clan, players will be able to approve new members and assign tasks to focus on to earn extra experience. When the dark clan increases its rank, it will be possible to unlock new benefits, such as dealing additional damage. Creating a Dark Clan rather than joining a random clan gives players more control over the activities of the group and their chances of participating in the Shadow War in Diablo Immortal.