The console version of Crusader Kings III is now available, giving a new group of players their first taste of the epic strategy game from developer Paradox. As these players begin to immerse themselves in the critically acclaimed game, they may become interested in its multiplayer capabilities. This interest may lead to questions about Crusader Kings III’s crossplay functionality, and this guide will help shed some light on that.

Does Crusader Kings III have crossplay?

At the time of writing, Crusader Kings III does not support crossplay other than through launchers on PC, although this may change in the future. Indeed, the pre-launch FAQ, which was originally posted on Reddit in January 2022, states that “the developer is considering implementing [кросс-игры]if the community deems it necessary.” While this announcement doesn’t provide much clarity as to when and how crossplay features might be added to the game, it can still give hope to fans who would like to play with their friends across platforms.

However, there are reasons to believe that cross-play, at least between all platforms, will not appear anytime soon. One of these reasons is that it is expected that the console version of Crusader Kings III will usually be updated later than the PC version. This discrepancy would make it difficult for PC and consoles to play multiplayer together, although that doesn’t preclude the possibility of crossplay between PS5 and Xbox Series X, provided they receive major updates at the same time. 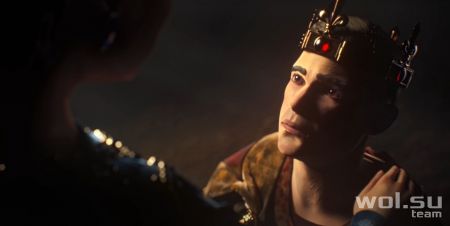 That being said, previous console games developed by Paradox, such as Stellaris, do not feature cross-platform play at all. This fact, of course, does not guarantee that cross-platform play will never appear in Crusader Kings III, although players may want to use it to temper their expectations. Fans can also take this information into account when choosing which version of the game to play, as this decision will determine who they can play with for the foreseeable future.

It should be noted that the aforementioned FAQ has a number of other features that are expected to be added to the console version of the game in the future. These include cross-save, mod support, ruler creation, and the ability to use console commands in Crusader Kings III. Again, a timeline for these features is yet to be confirmed, and players interested in them should keep an eye out for future updates from the developer.