For some characters in Genshin Impact, constellations are the main factor that determines their abilities. Some units are only good when a certain Constellation is unlocked, especially 4 star characters. For example, Kujo Sara is not very good as an attack buffer at C0, but at C6 she becomes the best support for Electro characters.

Meanwhile, Shikanoin Heizo may not suffer the same fate as Kujou Sara, but his constellations could make him a better unit too.

How the constellations of Shikanoin Heizo work 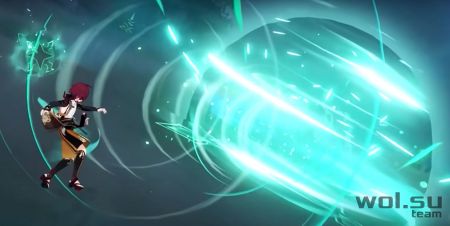 While he can work just fine without them, some of Heizo’s constellation passives greatly increase his DPS potential. This puts Heizo in a difficult situation where his constellations are good but not needed. In general, players who want to get the Heizo Constellations should not think about any particular Constellation, as C0 will be enough for him. 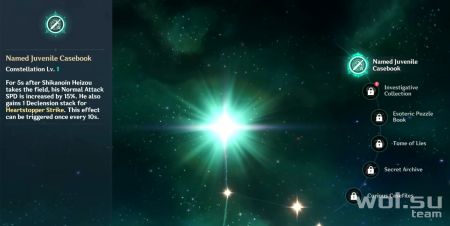 Heizo’s C1 passive buffs his normal attack SPD, which is essential for gathering Deflection stacks faster. Of course, in order for the stacks to work, Heizo must summon a Whirlwind against the enemy. So faster normal attacks and getting one stack when entering the field will definitely increase his DPS. 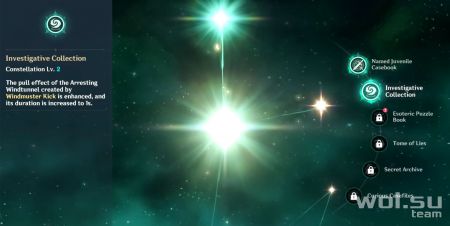 Heizo’s Super is his Elemental Skill, but his Elemental Burst can also deal some serious damage. C2 Heizo’s passive ability enhances his ability to pull enemies when he releases his Elemental Burst. While effective to some extent, it’s not a game changer since it’s only one second of extra pull and it’s not noticeable enough in the first place.

C4: A collection of nonsense 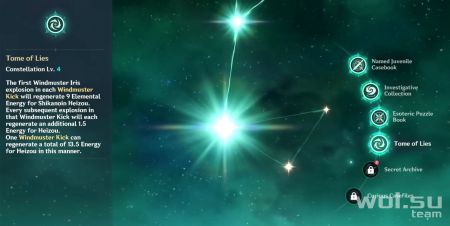 And again, strengthening Heizo’s second most powerful ability instead of his best. The C4 passive does not increase the damage of Elemental Burst, instead it gives him the ability to regenerate energy faster and use Elemental Burst earlier. In most cases, the fourth constellation of Heizo is not needed, since he still only needs 40 energy for his ultimate. 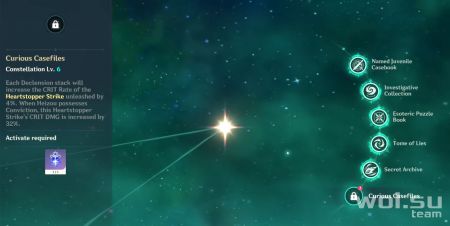