By building villages, expanding outposts, and mastering the art of manufacturing, you can advance far in Frozenhem. Eventually, you will have to master the subtle art of combat. After all, how can you be a jarl when your village is burned and your people lie dead at your feet? War is inevitable.

Luckily, combat in Frozenheim isn’t all that difficult. There is a fairly limited set of units that can be built, they are all built from the same building, and with the exception of siege combat, they are fairly easy to control. Once you get the basics down, you can deal with just about any threat with a little planning and quick finger work. 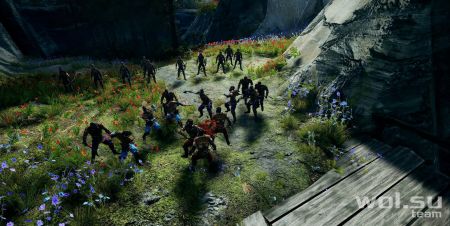 This technique is as old as time. The concept is incredibly simple: one squad holds the enemy in place, and then a second squad (or whatever you want) slams into the enemy from the side to destroy them. This method has been successful for thousands of years, and it continues to be successful in the kingdom of Frozenheim.

The best unit to use as an anvil would be a shield bearer. These guys are incredibly hardy, have high defensive stats and combat abilities that make them even harder to budge. The shield-bearers of the bear clan are especially strong. Axmen, berserkers and housecarls are perfect for the hammer. You can even use archers. 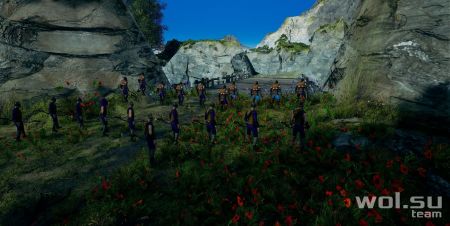 The game doesn’t tell you that you can set the basic formation by clicking and dragging. By default, your units will move in a loose group, but if you click and drag them to a specific location, you can stretch them into a line. This has many uses in the game and should be used frequently.

At a basic level, this allows your units to cover a large area. This makes units like shield bearers very effective in holding the lane. You can use them to pull enemies towards you and protect weak rear and siege units. You can also direct your units at an angle, which will make it easier for them to counterattack on the flanks or force enemy units to expose their flank to engage you. 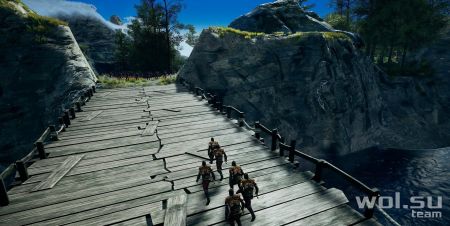 Kiting is an interesting tactic that falls under the broader notion of micromanagement (which we will also cover). Kiting is when you take a fast squad and distract the enemy, ideally making them chase you. You then lead this squad on a fun adventure as you shower them with arrows.

Naturally, the best units for kiting are scouts. Combine them with archers and you can easily take out much larger forces without bringing in additional troops. You can use this in open combat, but also in a siege. Enemy defenders can be pulled out one at a time, knocked out, and then destroyed in isolation. 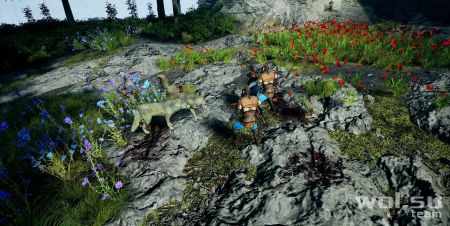 Micromanagement is, in short, commanding every step of your unit. This gives you more control over your army and allows you to drastically increase its effectiveness. This strategy requires a lot of effort and you most likely won’t be able to get distracted by anything else, but like kiting, it will allow you to take down more powerful units.

The best way to micromanage is to carry out attacks on the flanks of the enemy. The AI ​​is pretty stupid – for both you and your opponent. They tend to bunch up and fight ineffectively. You can get around this by not relying on the AI ​​to attack. Instead, manually move your units to surround the enemy. This will maximize damage, speed up most fights, and cut casualties. 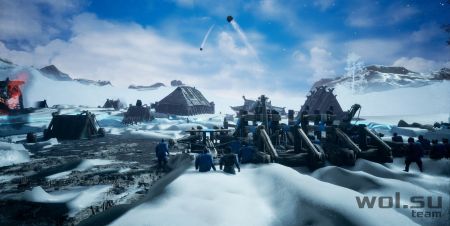 There is only one specialized ranged unit in Frozenhem, the archer (not counting siege units). Archers are ridiculously good against most things. They can destroy bandits, deal with bears, destroy packs of wolves and cause massive damage to enemy troops. Even non-upgraded archers are a deadly force with very little to counter.

This is due to the fact that there are no cavalry in Frozenhem. The enemy should use foot soldiers to tie them up, and you can keep these guys busy all day. Frozenheim has friendly fire, but the damage is so low it doesn’t matter and even then you can use their ability to ignore it anyway. Try to keep the ratio of archers to melee troops 1:1 or 2:1 – they are great. 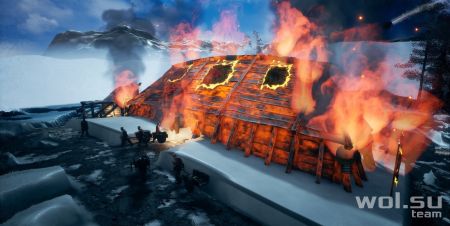 While conventional troops can destroy most objects, siege units can be called in to deal with structures and concentrations of enemies. They are especially good at taking fortified villages and can save the lives of many soldiers just by bringing along a couple of catapults.

Always take scouts with you 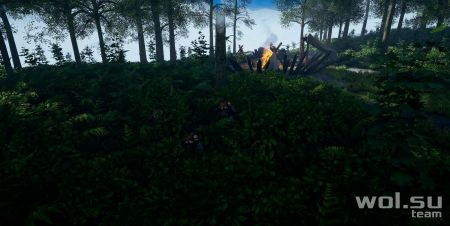 You never want to be in a situation where the enemy is lying in wait. For this reason alone, you need to have at least one scout on the field at all times. It doesn’t matter if they are running around in search of resources and tasks, or they are leading their armies against the enemy. Scouts are too good to be missed.

Scouts are one of the fastest units in the game, they can scout the enemy’s location and retreat without a single scratch. They are also great for kiting as mentioned before. One scout can cover several enemy units. They can also draw out small parts of the enemy army, allowing you to take them out one at a time. Always have scouts. 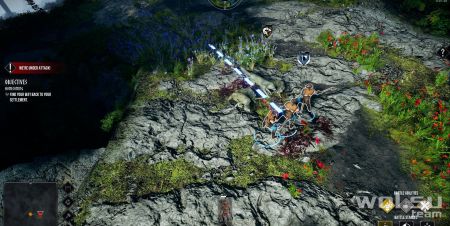 Combat abilities are unique idle abilities that most units are equipped with. There are very few reasons not to use them because they update so quickly and they are so useful. One unit using its combat ability at the right moment can change the course of the battle.

More often than not, though, you’ll want to use multiple abilities and use them frequently. Archers gain increased range and no longer damage friendly units. Shield bearers have become even harder to kill. Axemen move faster and deal more damage. Flaws are rare, so take advantage of them. 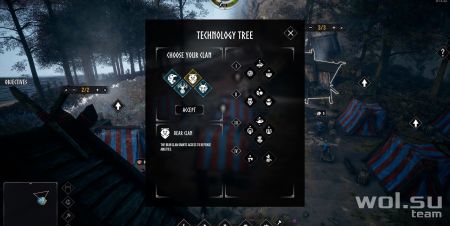 Clans are important in every aspect of playing Frozenheim, but if you are preparing for a large-scale war, then it may be worth dedicating your settlement to one of the warlike clans. In particular, the clan of bears or the clan of wolves.

Bear Clan are masters of siege and absolutely unshakable on the battlefield. These are tank raiders who enjoy destroying their enemies. The Wolf Clan are infantry capable of building armies faster and stronger than anyone else. They have access to unique units and abilities, making them especially brutal. When war calls, answer with one of them.