In The Quarry, players take control of a group of teenagers as they try to survive the night at Hackett’s Quarry. Watching the fates of these teenagers, fans may have questions about the overall length of The Quarry. Also, some players may be wondering how many chapters the game’s story is divided into, and this guide will help shed some light on both of those topics.

How long does it take to complete The Quarry

Players should expect their first playthrough of The Quarry to last around 10 hours. Even though it’s not a huge amount of time, the game is actually a bit longer than other recent interactive horror games from developer Supermassive Games. These games include The Dark Pictures anthology Man of Medan, Little Hope and House of Ashes, and fans may be happy to know that The Quarry is a longer experience.

Moreover, players can extend their stay in the game by going through an additional playthrough in which they make various decisions. Indeed, the choices fans make affect the story and ending of The Quarry, and it can take a long time for players to see all of the game’s cinematic sequences. Notably, the Death Rewind feature, unlocked after beating the game, will make it easier for fans to try out different actions and access unique aftermaths while beating the game after the first one. 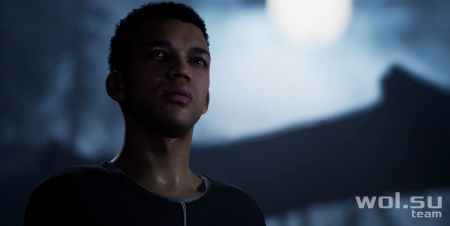 Players can also get more enjoyment out of the game by experimenting with the movie mode, which allows you to set the desired behavior for each character and then watch it unfold. The Quarry also has an online multiplayer component where friends can make decisions together, but it won’t be available at launch. All of this together means that the aforementioned 10 hours for a first playthrough is just the beginning of what the game has to offer.

How many chapters are in The Quarry

The Quarry consists of a prologue, an epilogue, and 10 story chapters. Although these chapters are not uniform in length, horror video game fans can use this information to determine their approximate place in the story. And for those who would like to know even more about the chapters of the game, here are their titles, although players should be aware that they may turn out to be spoilers before reading on: