V Rising offers a unique take on the survival game genre. Unlocking new vampire abilities and buildings to customize your castle is the game’s main progression system, which is achieved by defeating numerous bosses and draining their V-blood. Lydia the Chaos Archer is a little trickier than the other early game bosses and can be difficult to track down, so you need to be ready to face her.

In this guide, you will learn how to find Lydia the Chaos Archer, the recommended combat strategy for defeating her, and what rewards you will receive if you successfully hunt.

Where to find Lydia Chaos Archer

Lydia the Chaos Archer is one of the hardest bosses in V Rising. She has no fixed location and will roam a large area of ​​Farbane Forest. Mostly south of the Forgotten Cemetery, Lydia can be found walking slowly along the roads alone. Since you don’t know where she is, it is highly recommended to use the Altar of Blood to speed up the process of finding her. Just follow the trail of blood coming from her current location.

Since there is no specific location to fight Lydia, there are not many recommendations for setting up the arena for the boss. However, make sure you have plenty of night time to spare, and try to clear the road of wild animals and bandits to make room for yourself. 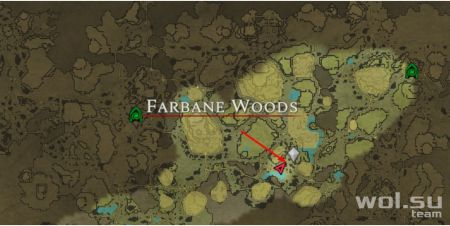 While Lydia Chaos Archer’s movement is varied, she has a specific spawn location near the Eastern Cavern Passage. Therefore, if you want to get a boss to get the hearts of the Unsullied, she can be a worthy option.

How to defeat Lydia Chaos Archer 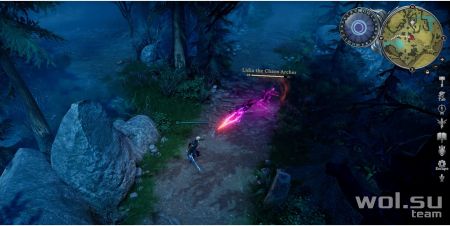 Lydia has a few very high damage abilities that you need to be aware of. The first of these is a volley of Chaos Orbs that scatter across the ground in a large AoE. If you get hit by the initial projectile or walk over a patch of Chaos fire left on the ground, you will be set on fire by Chaos fire and take ticking damage for a few seconds.

To avoid this ability, it is best to leave the melee zone and retreat to a safe distance. The spheres don’t travel very fast, and with enough space you shouldn’t be hit by them.

Note: After the Chaos Fire covers the ground, you may need to move to another area, and due to her ranged play style, it can be a bit difficult to get Lydia to come with you. If you manage to lead her behind some object, it will make her follow you away from the fire.

Lydia’s second ability is a volley of Chaos arrows at the target. The direction will change depending on where you are standing, so remember to keep moving throughout the duration of the ability to avoid getting hit. As Lydia’s health percentage decreases, she will use this ability more often, so be careful not to overdo it.

Like Kili, the Frost Archer, Lydia periodically becomes invisible. She can still be seen as a very weak watery figure, so you can keep an eye on her and keep dealing damage. She will retreat in a random direction and can sometimes stand in her Chaos Fire, preventing you from melee attacking her. Any effects placed on it will still be visible for the duration of the ability.

Since Lydia is a level twenty-six boss, you might find it difficult if you are still using Bone Armor. If you’ve defeated Frost Archer Kili, you’ll be able to craft the Night Stalker’s new leather armor, which will give you enough protection in this fight. Any weapon can be used, but don’t forget to grab a crossbow or a single target spell like Darkbolt, which will allow you to damage Lydia if she chooses to stand under fire. 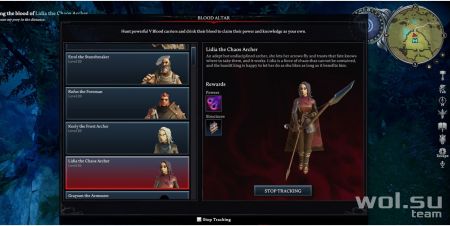 Lydia the Chaos Archer gives you two rewards, the first of which is the Chaos Wave vampire power. She launches two projectiles forward with a slight delay between each. They will inflict Chaos Burn on enemies that hit the target, dealing ticking damage over several seconds. This is a great ability when paired with Shadow Bolt, and you get two very strong ranged abilities with a low cooldown.

In V Rising, single target spells are a great resource as they allow you to burn down bosses from a safe distance and most weapons are AoE damage capable, which means you can change your build to cover all options.

The second reward is the Ravager building. A unique useful building that will destroy any crafted item and disassemble it into its main components. You won’t get them in the same ratio as the item’s cost, but it’s a good way to get a few extra resources and avoid piling up useless armor and weapons.