Boss Nass is one of the characters in LEGO Star Wars: The Skywalker Saga, which gives him access to any terminal that other characters can access, such as Padmé or Leia. Like other Gungan characters, Boss Nass also has access to a traditional staff wielded by their warriors. This gives the Gungan leader the ability to use ranged weapons as the staff fires a projectile at its enemies.

Before players can unlock Boss Nass, they will have to complete Episode I “The Phantom Menace” and gain access to Geonosis in Episode II “Attack of the Clones”. Like many other characters that are not playable in the main story, players will have to unlock the Nass boss by completing a side quest given by the Gungan leader himself. After completing The Phantom Menace in LEGO Star Wars and achieving Geonosis in Attack of the Clones, return to Gungan City on Naboo and head to the leader’s throne room. Boss Nass can be found near this location, and he will complete the side quest “Gone with the Gungans”.

How to unlock Boss Nass in LEGO Star Wars: The Skywalker Saga 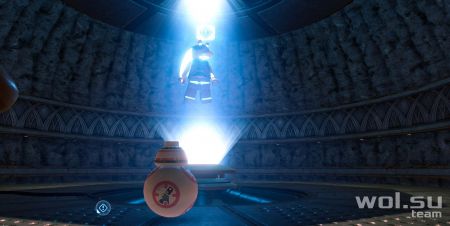 The Gungans send players to three planets, except for Naboo, to find the lost ambassadors of the species, which have fallen into all sorts of troubles. You can save the three Gungans in any order, although it’s best to save three characters in free play, because saving two of the three will require an astromech and a Force user. LEGO Star Wars characters like Anakin Skywalker and R2-D2 are perfect for this side quest because both are available in the first mission on Geonosis.

After returning all three Gungans, return to the Nass boss to complete the side quest. Players will be rewarded with kyber blocks and the opportunity to purchase the Nass boss for 100,000 pieces in LEGO Star Wars: The Skywalker Saga.