The real end game in V Rising is getting the mythical Soul Shards. On the PvP server, each boss can only claim one shard, which is owned by the three most powerful bosses in the game, so there is a fierce fight for them. They will give powerful buffs to you and your allies, but getting them can be a real challenge. The wielder of such a shard, the Bloodcrusher Behemoth, is a formidable foe and more than lives up to its reputation as one of the most dangerous creatures in Vardoran.

In this guide, you’ll learn where to find the Bloodbreaker Behemoth, how best to fight it, and what you’ll get as a reward for the aforementioned Soul Shard.

Where to find Bloodcrusher Behemoth 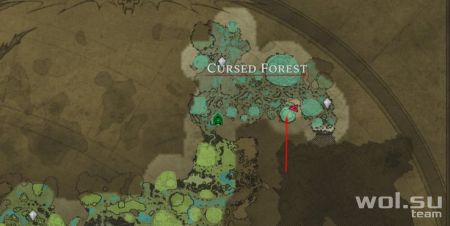 The Bloodcrusher Behemoth is located in the Behemoth Lair, in the southern part of the Cursed Forest. Depending on the type of your server, and also if you have built the Eye of Twilight building, it will be marked on the map with a white pillar. This is due to the fact that Bloodcrusher Behemoth is the boss of the Soul Shard, and on PvP servers only one of the three Shards can be claimed at a time. If another player takes possession of the shard, it will be marked at its current location, and killing Behemoth’s Bloodcrusher will not award a drop. If you’re playing on a PvE server, soul shards can be played in unlimited quantities, and their location will always be marked if you’ve built a structure.

There are no additional enemies on the way to the monster’s lair, except for the standard Cursed Forest minions. They shouldn’t be too difficult thanks to your sturdy equipment, and the path from the gates of the Cursed Forest is not long.

Note: Due to the shard tracking feature, it is not necessary to use the Altar of Blood to find the Behemoth Bloodbreaker.

How to defeat Bloodcrusher Behemoth 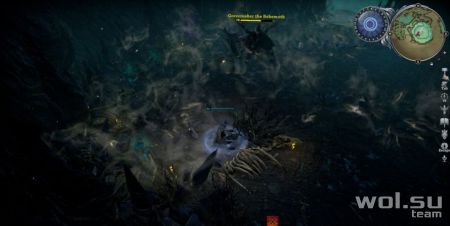 Bloodcrusher Behemoth is a level 78 boss that will be a long and difficult fight. He has strong crowd control abilities and delivers very strong hits. Due to the high health pool, you will have to settle for a war of attrition. You should approach him from a distance, as engaging in melee deprives you of most of the opportunities for evasion.

His basic attack has three parts and results in a stun. Try to watch for him throughout the fight so that he can’t hit you. Your movement ability will be critical to fighting him, so try to use a high mobility option like Veil of Chaos. However, you might have to save it for his Triple Slam ability, which causes the ground to erupt in three lines, dealing high damage and knocking you into the air.

The Behemoth’s key attack is a powerful charge attack that, on hit, launches you up and throws you over its shoulder, stunning for a few seconds. He uses this attack very often, and due to the high speed of his movements, it can be difficult to dodge. This ability is so powerful that a shield spell, such as Chamber of the Damned, must be used to block the first hit. The spawned skeleton can give you a few seconds to move to a safe distance.

From time to time, the Behemoth will summon two ghostly spirits, although their number will change depending on how many enemies it is currently fighting. Multiple players or summoners, such as skeletons from the Chamber of the Damned, will increase the number of summoners. Wolf Spirit and Bear Spirit have fairly high health and should be destroyed as soon as possible. They will run after you, attacking in close combat, and try to deal with them, plus a fast attack of the Behemoth – that’s a hassle. Kill the wolf first as it has less health.

The ultimate ability of the Behemoth is activated when the health level drops to 30 percent. He will spawn a spectral clone of himself that will perform both a charge attack and a basic melee combo. This summon cannot be killed, as if you reduce its health to zero, it will be stunned for a few seconds, after which it will recover. It is at this stage that you should deal maximum damage in order to spend as little time as possible fighting the clone.

For this fight, take the Chamber of the Damned and the Veil of Chaos. You may prefer Sanguine Spiral, but the extra damage really helps. The Mirror Strike Ultimate will come in handy to take out the Ghost Wolf and Bear or take advantage of the Behemoth’s long casts. The Sanguine Crossbow is your weapon of choice as you will need to deal damage from a safe distance. Blood Moon Armor and Scholar’s Blood will complete your build. 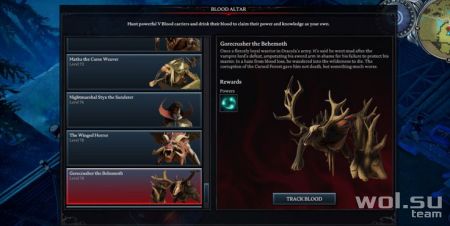 Even if the monster’s soul shard has already been taken, Bloodbreaker Behemoth will reward you with the vampire spell Dance of the Spheres. The Illusion spell mimics Behemoth vampires during combat, summoning three spinning Wisp projectiles that circle around you and explode, dealing minor damage on impact with an enemy. The ability can be reused to launch Wisps forward, dealing increased damage and applying a temporary damage reduction to any enemy hit. For a Soul Shard boss, this ability is pretty weak and hard to recommend compared to any of the classic options. The Weakness debuff doesn’t last long enough, and the very low damage from non-shooting spheres makes the other options much more attractive. For the effort it takes to kill Bloodcrusher Behemoth, this spell alone just isn’t worth it.

The Beast Soul Shard is a special item that prevents you from using abilities, teleporting, or moving while it is in your hands. You are also slowed down and take increased damage, so it can be hard to bear if you are on an active PvP server. You should try to take it back to your castle and place it down using the item on the hotbar. This will create a Soul Shard Pylon that you or your clan members can activate. The Behemoth Soul Shard will give your allies 50 Holy and Garlic resistance, a 20% increase in resource harvest, and a slight increase in movement speed. This item is one of the most sought after in the entire game.