Like most modern sandbox games, Ghostwire: Tokyo has many unlockable skills that are spread across multiple skill trees. In the first chapter, the game will have players spend their first ten skill points to unlock the Takehaya I Charged Attack as part of a large tutorial chapter. After that, players will be able to choose how and when to spend their points.

While this freedom can be very refreshing at first and allows players to tailor their builds to suit their strengths and weaknesses, the sheer variety of unlockable items can be a little overwhelming. There are 68 in total, so figuring out which skills to unlock first in Ghostwire: Tokyo can be a little confusing, especially in the first few chapters. In this guide, we’ll cover some of the best early game skills to make things a little easier for newbies.

What are the best skills to unlock first in Ghostwire: Tokyo? 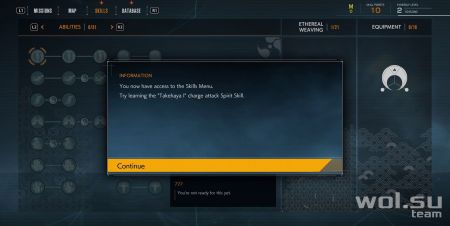 Ghost Wire: Skills are divided into three main categories: Abilities, Ethereal Weave, and Equipment. For starters, it is best for players to focus their attention on the first two, since they can make life much easier for them in the initial stages of the game. However, players may want to improve their bow’s rate of fire, especially if they like to be stealthy. Also, below are the best skills to unlock first in Ghostwire: Tokyo. 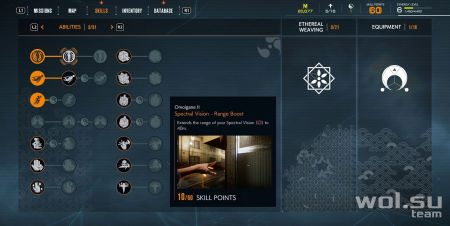 Spectral vision is activated by the Square button and is one of the most important tools in a player’s arsenal. It not only allows you to see enemies, spirits, and hidden items from a distance, but also any consumable items you can pick up. For this reason, improving spectral vision with the Omoigane II should be the first thing players do, as that extra 10 meters of range can make a huge difference.

Omoigane II can be found in the skill tree and will cost players 10 skill points to unlock. 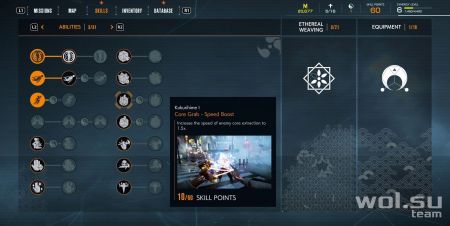 Those looking to level up quickly should aim to grab as many cores as possible, as this gives extra XP and Ether. Unfortunately, however, stopping to grab an enemy core can leave players vulnerable to attacks from elsewhere, and hitting an enemy will cause the enemy whose core the players are trying to grab back to full health. Kukurihime I can greatly help in this regard as it increases the rate of extraction of the core by as much as 50%.

Kukurihime I can be found in the skill tree and will cost players 10 skill points to unlock. 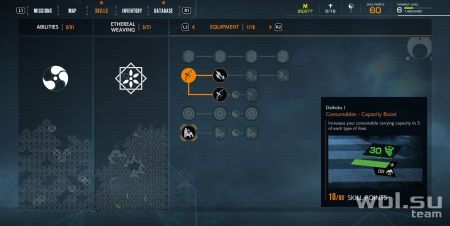 Depending on the difficulty settings and skill level chosen, some players may find themselves having to heal themselves much more often than others. For such players, investing in Daikoku I will be the right choice, as it will increase the capacity of each individual consumable from three to five. For those who are great at blocking and dodging, it is better to skip this skill, but it is still useful, as it reduces the likelihood of having to leave items.

Daikoku I can be found in the gear skill tree and will cost players 10 skill points to unlock. 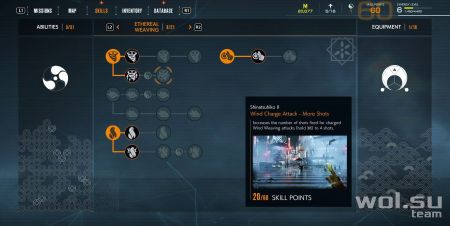 While a bow can be useful for a stealthy approach, being able to fire projectiles with your bare hands sometimes makes it a bit redundant, especially since arrows are much harder to get than aether. Of course, the bow is much stronger than ethereal attacks, but it is also much slower, which can leave the player open to unnecessary damage. Additionally, with the advent of Shinatsuhiko I, Wind’s charged attacks become much more lethal, further reducing the bow’s usefulness.

Shinatsuhiko I can be found in the Ethereal Weaving skill tree and will cost players 20 skill points to unlock.

Sneaking and stealthing is a great way to earn experience in Ghostwire: Tokyo, especially in the early game. Unfortunately, the slow pace at which players move around while crouching can make their life far more tiring than it needs to be. With that in mind, those who enjoy stealth gameplay but don’t like having to move at a snail’s pace should invest in Inubashiri I, which increases movement speed while crouching by 30%.

Inubashiri I can be found in the skill tree and will cost players 10 skill points to unlock.