One of the coolest additions to the Thymesia gameplay formula is the plague weapon. These magical green special attacks can be incredibly powerful if you know when to use them, but the thing is, there are so many of them, how do you choose which ones to take with you? Not only that, when should this weapon be used instead of a basic saber or claw attack?

Truth be told, they are not meant to be used as a primary source of damage and are more of ancillary items that are used to enhance a build rather than build it. However, there are some mind-bogglingly powerful picks, and we’ll take a look at them all. 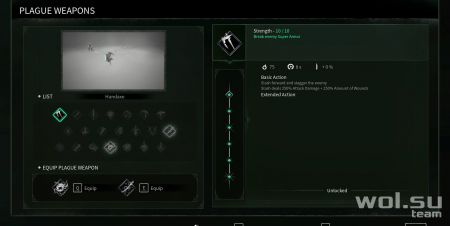 The Hand Ax is one of the first Plague weapons you get your hands on, and it’s one of the best. The Hand Ax spawns quickly, deals high damage to both health and wounds, and has a decent latency, allowing you to draw it on command. On top of that, Shards are very common, so you can max it out very early, which makes it even stronger.

What’s more, the hand ax has a fantastic extended attack. Instead of lashing out at an unfortunate plague victim, you can reduce your damage and throw your axe. This utility makes the hand ax and round a fantastic choice to help you throughout the game. 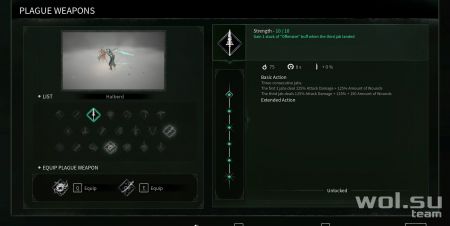 Another early plague weapon, but another great choice. The halberd is king when it comes to combat utility. This thing can do everything. She deals high damage, hits three times, and can stun enemies. When upgraded, it even applies a damage buff, making you a little stronger each time you cast it.

Not only that, the halberd has incredible range, allowing you to stand far behind and deal damage safely. The halberd can even pierce through enemies, giving it great AOE potential. By the way, the extended attack turns the blows into sweeping ones, which makes it even more powerful in terms of AOE. The halberd can be used with any weapon. It’s also a great choice for Reave. 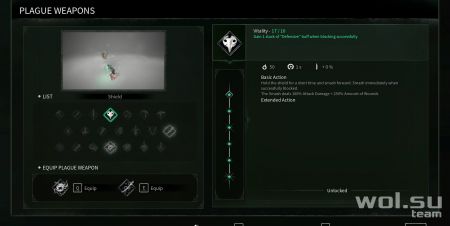 We’re going to move away from purely offensive plague weapons and move on to something more defensive – the shield. The shield allows you to perfectly block almost any attack, and if you successfully do this, then immediately cancel the block and deliver a powerful blow with the shield.

Everything is very simple. If you can’t land a powerful single attack in time, such as a jump attack, then a shield can cover that weakness. His extended attack is also excellent, greatly increasing damage and providing excellent crowd control. 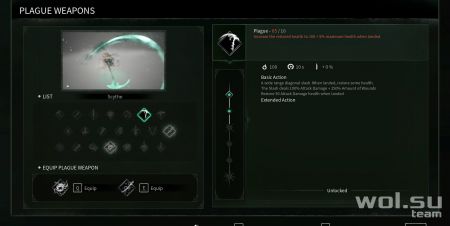 The scythe is an interesting weapon. It releases a little slow and the damage isn’t the highest, but it has a large area of ​​effect and every time it hits something it heals you. Healing is also important. It can be used as a way to save potions if you use it against large groups of enemies.

The extended attack is also excellent, turning it from a single swing into a combo. Overall, the scythe is a great weapon, and fairly easy to max out thanks to the fact that scythe-wielding enemies are often found in the Royal Garden. 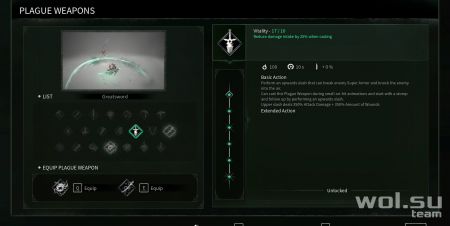 The greatsword is the king of the swing. This thing deals amazing damage, and very quickly. It’s a simple AOE throw followed by a jump slam, and it’s incredibly fun to perform. The extended attack is also very good.

However, what makes a greatsword really shine is its passive bonuses if you have the right stats. With the right Greatsword kit, you can get not only Super Armor, but also a 75% damage reduction when using this Plague Weapon. This will allow you to overcome any attacks in the game and deliver powerful blows in return. 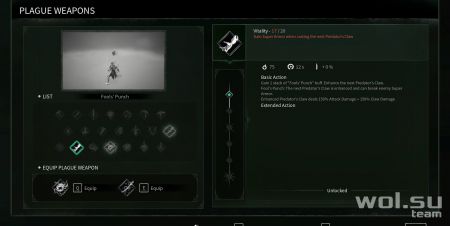 This weird weapon is only useful if you use it in a very specific build. This Plague Weapon deals almost no damage compared to others on this list, but it does increase the damage of your next Predatory Talons attack by a massive amount. This is where things get interesting.

If you take Fool Strike and the Feather upgrade, which makes Predator Claw charge faster, you can deal Fool Strike low damage, throw Feather, quickly charge Predator Claw, and then knock back a huge chunk of green health of all enemies. Not only that, in the extended version, you can use Predator’s Claw as a combo with another attack that deals even more damage. There is nothing to stop this combo, but it can be difficult to complete. 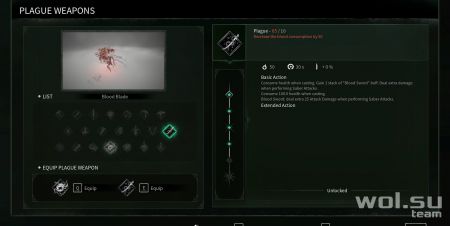 The Bloodblade is our primary secondary plague weapon. It’s just wonderful. You take a small health hit on cast (no energy cost), and in return all your saber attacks deal 25 bonus damage. This roughly doubles your damage with each saber attack, and it lasts for a long time.

Not only that, each attack also accumulates a buff. You can then use an extended attack to burn those stacks and unleash a powerful slash that deals damage based on the number of stacks. Even bosses won’t be able to last long against the overwhelming damage dealt by the Bloodblade. 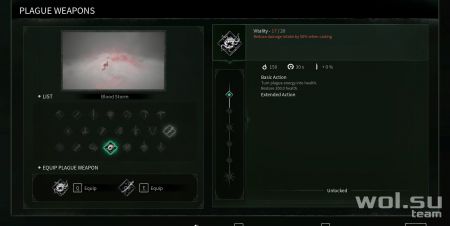 This is our favorite plague weapon. It’s so good that you don’t even need to improve it. At the first level, it’s simply the best choice. You paste it and you’re done. Bloodstorm heals you for 200 health. This is about the same powerful potion as the Long Lasting Potion, but it takes a lot of energy to use.

Of course, it’s worth it, because you can restore your energy to full on every encounter thanks to the abundance of energy talents available to Corvus. This means that you can heal yourself after each encounter for free, and you don’t need to touch potions to do so. Throw in Execution healing and you can fly through entire areas without ever touching your flask. A truly outstanding spectacle.