A demon newbie to Evil Dead: The Game may need some getting used to. Demons in Evil Dead: The Game play differently than Survivors, in part because they don’t have the same class structure. Instead of having multiple characters with unique abilities to choose from within each class, the demons are divided into three different classes. When players choose a Warlord, Puppeteer, or Necromancer, they will be able to spawn various monsters of that class, including a boss spawn.

Which demon is better to choose to play Evil Dead: The Game

All the best demonic skills of the Necromancer, Puppeteer or Warlord in Evil Dead: The Game can be used when players better understand class strategies. For example, necromancers have the strongest combo attack and have the ability to summon skeletons. The Puppeteer Boss monster has the lowest health of the three classes, but its units are more agile in movement and attack speed, allowing players to use the hit-and-run style of play with exploding units. The warlord is slow and bulky, but his monsters have the ability to attack survivors with poisons with area of ​​effect and speed.

While each class has its own strengths, the best demon for beginners in Evil Dead: The Game is the Necromancer. Even with the best puppeteer skills unlocked, it can be difficult for new players to control their telekinetic, lightning, and explosive abilities without much practice. Puppeteer has a level of strategy that makes him a fantastic demon class, but he is definitely more advanced. The problem with the Warlord demon class is its boss, Henrietta. Although Henrietta has powerful enough attacks to keep up with other class bosses, her melee attacks have a low range. This can be offset by her attacks with a good area of ​​effect, but this requires a little more control than what beginners may be ready for.

Why the Necromancer is the Best Demon for Beginners 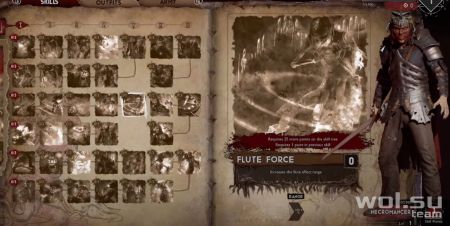 Not only is the Necromancer the best demon for beginners, it’s the best demon to use in Evil Dead. Some of the best Necromancer skills in Evil Dead: The Game are Come Back Strong, Infernal Reward, and Permanent Damage. Come Back Strong increases the maximum health of resurrected skeletons, and they come back with full health, dealing more damage. Infernal Receipt increases the amount of energy gained from Permanent Damage, allowing Necromancers to summon units faster. Permanent Damage is a late game skill that, when survivors take damage, renders them unable to heal.

In addition, the Necromancer Boss, Evil Ash, has a combo attack that wipes out survivors in two fully completed streaks. If Evil Ash does everything right, players can easily land both combo attacks before their balance is off. The Necromancer has a variety of other skills and abilities that can be used as well, but these aforementioned abilities and attacks make him the perfect demon for beginners compared to any other character in Evil Dead: The Game.