In Farthest Frontier, players will have to build a successful city in the wild, create a thriving civilization even in the face of resource scarcity, disease and harsh winters. A good start is of the utmost importance, as it fills the bellies and warehouses of the villagers and gives the player everything they need to explore and expand. Here’s everything a player needs to know about which buildings to build first in Outer Reach. 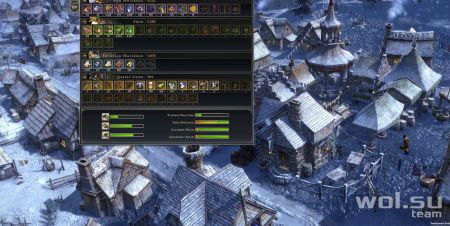 Stone will become important later, but wood, water and food are priority resources at the beginning of the game. Firewood and water are essential not only for industry, but also for homes.

Water also serves a secondary function of helping put out fires if the community catches fire. Considering the catastrophic potential of a fire in a wooden village, it becomes clear why water is an indispensable resource, as understood by fans of SimCity and similar games.

A warehouse will eventually be needed to store all the resources gathered by the village, but it shouldn’t be one of the player’s first building projects. It is also not worth building a basic well if the player has placed his city center in close proximity to the water.

Which buildings to build first 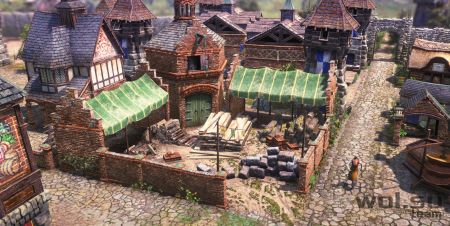 Although this game is not a strategy game in the traditional sense, it certainly has a strategic element, and it starts from the City Center. The player’s decision on where to place their city center is of great importance for the construction queue.

The player should always build in a location that has access to vital early game resources such as food, water, and timber, and the player’s first task after placing their hub should be to harvest timber in the surrounding area.

Once this is done, the player must build a wood splitter to begin processing the wood from nearby trees into firewood needed for construction.

The next thing the player will build is a hunter’s hut, a fisherman’s hut, or a forager’s hut, depending on what wild animals (if any) live nearby. Agriculture can wait, so the player should refrain from building crop fields until the first winter.

With the basics of woodworking and food gathering taken care of, the player must prepare to give the villagers a place to live. Before moving on to building shelters, it’s helpful to first build some dirt roads in a simple grid around the city center before the harsh elements of this great survival game get the better of the players. This will help the player stay organized as the community expands.

While it’s easy to keep an eye on everything at the start of the game, cities can quickly become much more messy and complex than they need to be if the player doesn’t keep an eye on them and have a good plan for the future, as happens in many of the best simulation games.

You need to invest in dirt roads in advance. After laying the dirt roads, it’s time to build eight or so shelters for the villagers. After that, the most basic needs of the community will be satisfied, and the player will be able to attend to other important goals, such as collecting stones.