In Vampire Survivors, Giovanna Grana is a character that players can unlock by finding and opening a coffin in the Inlaid Library. While Giovanna may not be the best character in the game, she is definitely capable of going all the way if supported by a powerful build. In this guide, we will provide some guidelines for Giovanna Grana builds in Vampire Survivors to help players get the most out of her passive abilities and starting weapons.

If you want to make sure you get the most out of Gatti Amari, Giovanna’s starting weapon. One important way to do this is to pick up Luck, as cats benefit from a Luck increase in a number of ways. More specifically, increasing your Luck score increases the frequency with which cats will engage and create AoE attacks. Increasing Luck also increases the chance that cats will damage enemies and reduces the chance that they will damage the player. 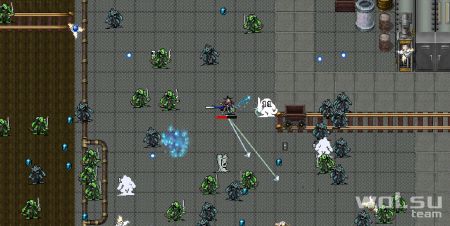 In addition, luck affects how often Floor Chickens spawn, and these items increase Gatti Amari’s attack chance and damage when cats collect them. All of this together means that Luck is undoubtedly one of the most important items to consider when building a Giovanna, and as such, fans are encouraged to pick up Cross, which evolves with Clover, as they should definitely pick up this passive item.

Once this base is in place, players can complete the build with weapons and passive items that complement those already selected. The King Bible/Spellbinder and Axe/Candelabrador combos work really well here, and the bone is a viable alternative if the player wants to get more out of this character’s passive bonus. There is only one passive slot left, which fans can feel free to fill with Duplicator, Tiragisu, or other item of their choice.