Looking like a game made 10 years ago, Vampire Survivors is an indie RPG where the goal is to survive as long as possible. With simplistic mechanics and a constant stream of enemies, players may be surprised when they log into the game and find that the only thing they can do is move their character around. Things like attacking and collecting items are done automatically, leaving the player to move around, collect gems, and select upgrades when prompted.

Despite its minimalism, the game has a simple charm that appeals to many. But even in this game, it will take a bit of strategy to succeed. The main gameplay can be summarized as “kill enemies, collect gems and try to survive as long as possible”. But as the number and strength of enemies is constantly growing, players need to maintain a constant pace of progress if they want to last more than 10 minutes.

For new players, lasting longer than 10 minutes can be a challenge, especially when the game offers things like unlockable characters, new levels, and a small number of purchasable upgrades. To take advantage of any of these options, the player must first understand the basics of weapon evolution in Vampire Survivors, enemy varieties, and what can lead to a perfect build. Therefore, below are important tips and tricks for novice players to take note of in order to survive and destroy as many enemies as possible. 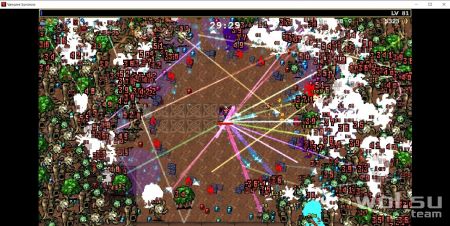 It can be tempting to lash out directly at enemies to kill them quickly, but Vampire Survivors says a lot about the value of patience. Attacking blindly can easily result in the player being surrounded and taking a lot of damage, while trying to break through a small group of enemies to reach a treasure chest can result in death. Therefore, unless the level of the player’s development has reached the point where weak enemies die almost instantly on contact, novice players in Vampire Survivors need to focus on dodging enemies in order to slowly but surely collect gems to level up.

If the player needs to leave the chest in order to return later for it, then so be it. You shouldn’t die over this. Just keep walking, get used to the automatic timing of attacks, and get close to enemies only to have them within attack range. Slowly and surely, this race can be won if the player does not slow down too much. The game gets more difficult the more time passes, with each level entering a new phase about every 5-10 minutes. 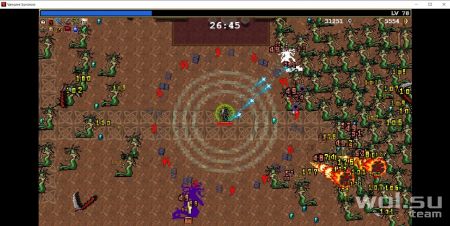 It has already been said that the waves of enemies are endless, but in fact it is necessary to emphasize how many enemies can be on the screen at the same time. If the player holds out long enough, swarms and swarms of enemies will follow, each one purposefully advancing towards their location. There will be so many of them that it will be impossible for the player to pass unscathed.

It is highly recommended to get some kind of weapon for area attack. It will give the player a bit of a breather, and if upgraded enough, it will even start taking down weak enemies as soon as they make contact with it. Weapons that serve this function early in the game include the Garlic and the King’s Bible, although virtually every evolved weapon in Vampire Survivors is capable of destroying or knocking back entire hordes of enemies in a certain direction. 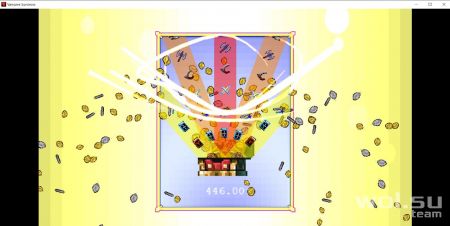 To advance in the Vampire Survivors game, players will have to learn how to quickly develop their weapons and upgrade them. Weapons can get a new shape upon reaching level 10, but most of them will only evolve when the player has another utility item. Here are some examples:

Therefore, new players will want to experiment with weapon and equipment combinations to see if they can get some cool new weapons by the end of the game. If the player feels like they’re not leveling up their weapons or equipment fast enough, they can try to get a treasure chest to get a free upgrade (or two).

Treasure chests are dropped every time the player defeats a boss or mini-boss, and these creatures can usually be identified by their unusual size and design. They also drop whenever the player defeats black or silver glow bats in the early game.

Chests come in at least three different types depending on their rarity and quality, and getting even one of them can increase a player’s survivability. But keep in mind that these chests are not guaranteed. For example, sometimes mini-bosses drop red gems that contain an excessive amount of experience. It’s also important to note that treasure chests can only upgrade weapons the player already owns. Therefore, you should not rob chests, hoping to find new equipment in them. 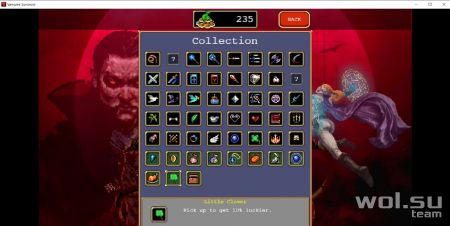 Lights can take on different forms depending on what level the player is at, but their function in the game is exactly what players expect. If these lights are damaged, they are destroyed and drop gold or an item that immediately activates when the player picks it up. Many of these items are quite useful, and they can range from healing chicken to time-stopping power rings.

The drop rate of a useful item, or “pickup”, in Vampire Survivors is highly dependent on luck. But regardless, novice players who find themselves in a difficult situation should strive to break as many lights as possible until they discover (but do not immediately use) an offensive item, such as a rose garden or a fire bar called Nduja Fritta Tanto. The Rosary can destroy all enemies on the screen (including bosses) and the Nduja Bar will cause the player to spew flames from their mouth for the next 10 seconds. Both of these skills are incredibly useful if the player is surrounded by hordes of enemies for which he is not ready. 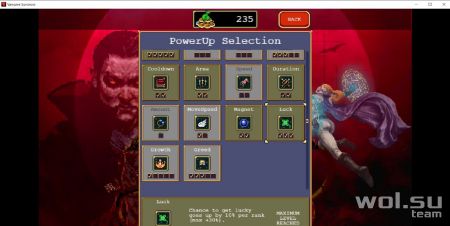 Despite the limited number of features, the game still has what many would call a progression system. The gold that players collect in the game can be spent on bonuses on the main menu screen. These bonuses can be spent on various minor upgrades that can increase just about everything from a character’s armor rating to their overall luck. What’s more, these bonuses can be applied to every character they randomly choose. Lastly, while there’s technically no option to “unequip”, the game currently allows characters to get a full refund of all their bonuses if they want to try out the new build.

Gold can also be used to unlock new characters, although even being able to purchase them will require the player to meet some other requirements. For example, Crochi Frito must defeat 100,000 enemies before the player can purchase it for 950 gold. If players need to collect gold faster, they should try replaying the level in Hyper Mode, which is unlocked when players defeat the boss monster that spawns at the 25th minute.