Horizon: Forbidden West offers a brand new open world to explore. The game is full of locations, enemies and new features that weren’t in Zero Dawn – a lot of things for you to explore and master.

Whether you’re about to purchase the game or are just starting your journey to the west, there are a few things you need to know. From settings that should be checked in the options menu to features that will greatly help you in combat, here’s everything we’d like to know before playing Horizon: Forbidden West. 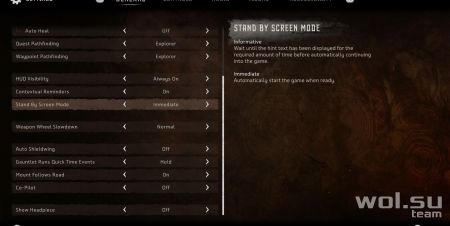 If you’re playing the game on PlayStation 5, you’ll experience faster loading times. If you really want to get the most out of it, toggle this setting in the general options menu before starting a new game.

The Stand By screen mode will change the loading screens and how they work. By default, it is set in such a way that on each loading screen, you must click the “Continue” button – this gives you time to read the displayed hints or prepare. However, switching to “Immediate” means that the download will happen as soon as you’re ready, often in just a few seconds.

Autosave to the rescue 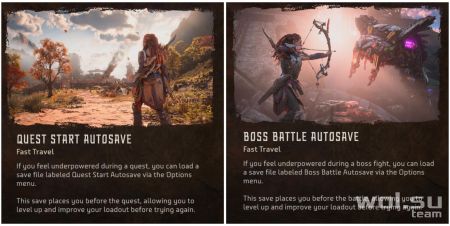 Another thing the game doesn’t make clear is the autosave mechanic. While you can manually save and quickly save at campfires, and fast travel will also create quick saves, this is often not enough when a tough encounter is coming up.

This is where autosave when fighting bosses and autosave when starting quests come to the rescue. These saves will be created when you start a new quest or just before a boss encounter. If you’re having trouble with a particular quest, or if the boss was too hard for you at the time, you can use these saves to go back. Either prepare other equipment, or come back later – in any case, there is a possibility.

The map will tell you what tool you need 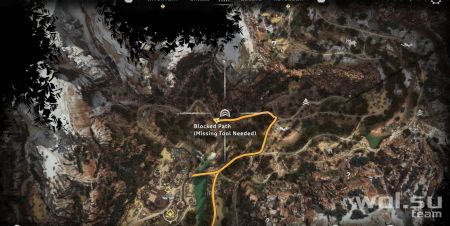 While traveling west, you may encounter some obstacles, and sometimes you will be able to overcome them only after a long time. The game has various tools that you get during the course of the missions, so the return is quite expected.

However, if you are not sure, check the map. The map will show a small passage and inform you that the missing tool is required to advance in this area. This way you can be sure that you can safely leave it and come back another day. 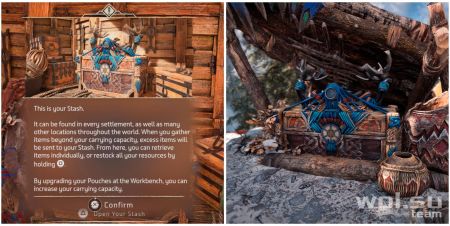 In Horizon Zero Dawn, you often encountered the problem of storing items. Not being able to take more than what you need and not having what you need was a common problem. In Forbidden West, the item stash solves this problem. You can take as much as you want, and the excess is automatically sent to your stash – so start looting.

Likewise, if you run out of a certain item but don’t want to run around and collect it, head to a stash in a camp or settlement and hold the Square button to restock all items. This will allow you to move as many items as possible from your stash to your place, restocking on anything you might need.

Use the brand to sell, but check the descriptions 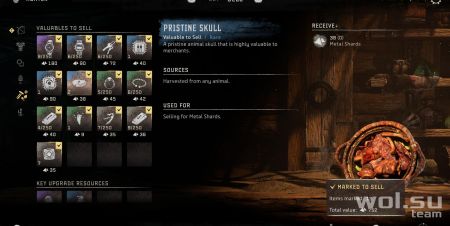 When it comes to selling items in Horizon: Forbidden West, you will often find yourself looting a lot of different valuables that can be exchanged for Shards of Metal. However, it is not necessary to sell each item separately.

While in the vendor’s sell menu, hover over an item and press the triangle to mark it. This will mark it for sale, and this can be done for any items you want to get rid of so you can trade in bulk. Just be sure to check the description in the “Used for” section for each item for sale. Some of them will simply state that they can be exchanged, but others may have crafting uses. 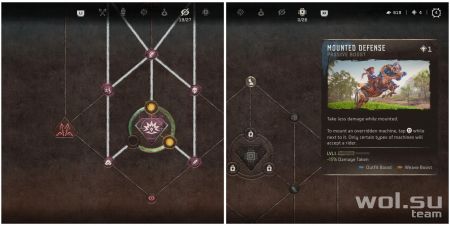 When you first unlock the skill tree, it can be a little overwhelming. There are several trees in which you can invest points, and it seems that investing the first points earned in the selected tree is a big commitment. However, you will quickly earn a lot of skill points, so don’t worry too much about where to invest them at the very beginning.

Instead, look for fight-oriented trees. Since you’ll spend most of the early game fighting small machines and, in later segments, human enemies, it’s worth picking up the spear combos and bow abilities you can get. If you want to know which ones are the most useful, head to the melee pits and hunting grounds – the first of these can be found in The Daunt, and in them you can complete training and testing. 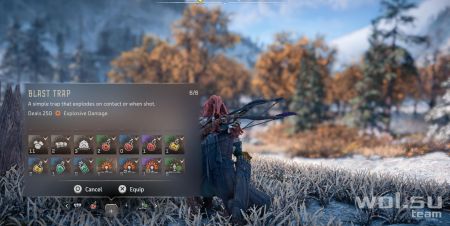 At the bottom left of the screen are the quick access slots – this is where you will have access to potions, traps and attachments, as well as other tools such as stones or smoke bombs. They will accumulate as you get new items and learn how to make new traps. However, this can all get a little messy.

At the very beginning of the game, you will want to reassign the shortcut slots. If you hold down the D-pad button, you can enter the menu, where you will create traps and potions on the go. However, you can also press Square to edit the slot, or select an empty slot and then choose what you want to put there. It’s worth keeping an eye on this to make sure all your potions and traps are in order and you can remove anything you don’t plan to use. 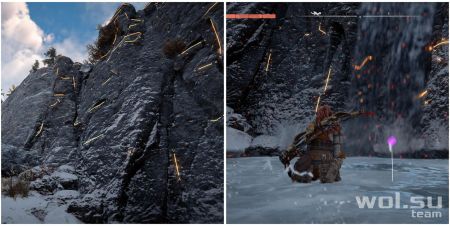 Pulse scanning is incredibly useful for several reasons. With it, you can detect any prey or items around you, which will remain visible for a while after that. You can also use it to detect climbable surfaces, cliff sides, and ruins. These things will come in handy when you move around the world and search for items. 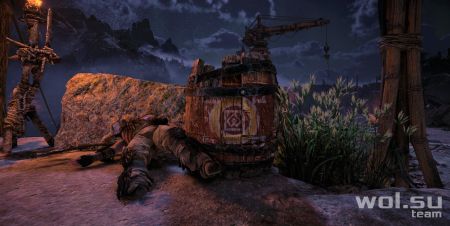 We know every other game tells you not to go near the red barrel and hit it with a stick, but trust us, it’s safe here. What’s more, they might even have resources to pick up, so that’s encouraged.

While they don’t often contain anything of value or worth, you’ll find them everywhere – especially in bandit camps and ruined settlements. While you’re there, smash them and pick up whatever drops out. This is a quick way to get some extra resources while exploring.

Watch for rumors in the camps 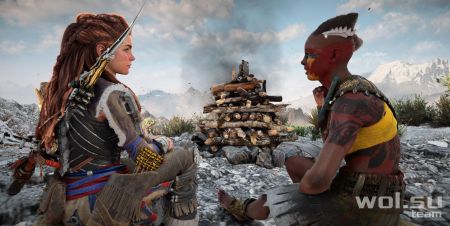 Around the world there are several settlements and camps where you can meet people on vacation. Some of them will be merchants, others will be passers-by, but often there will be a person sitting by the fire inviting you to talk – he will have an exclamation mark in a green frame above his head.

Come and listen to what they have to say. Aloy will sit next to them while they tell her rumors, which will point to a location on the map or start a side quest for you in this world. It is worth remembering where these characters are located, and from time to time look at them – perhaps you will learn something new from them.