Forza Horizon 5’s “Class B Dragon Hunter” quest consists of five quests, one of which requires players to reach a dragon atop Hammer Mountain in the Canyon. The problem is that some fans may not know exactly where Hammer Mountain is located, which can make this task quite difficult to complete. For those players who are really trying to find the Dragon at the top of Hammer Mountain in Forza Horizon 5, this guide has details on its exact location.

Location of the dragon at the top of Hammer Mountain

Note that fans working on the Class B Dragon Hunter mission are advised to head to the Hot Wheels Outpost in the middle of the Hot Wheels Park, get into any Class B vehicle in Forza Horizon 5, and then pin the mission. To be completely clear, this quest can be found under “Main Quests” in the “Beginner Rank” section, and attaching this quest will put a direct route to the dragon on the minimap. As such, getting to Hammer Mountain will be fairly easy, although fans will have to act fairly quickly to get there in less than three minutes and fifteen seconds. 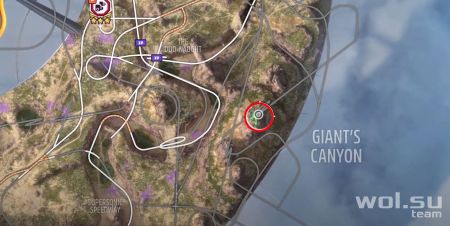 Upon completion of the “B Grade Dragon Hunter” quest, players will receive 25 medals as a reward for their efforts. These medals should be enough to unlock the new Hot Wheels Qualifier, provided that fans put in a certain amount of effort to complete the secondary missions as a Rookie, which will unlock access to the Pro rank. This new rank includes many primary and secondary missions, giving Forza Horizon 5 players the chance to earn even more vehicles, gear, and medals.

For those players who would like to learn more about the Pro Rank rewards, the Ford F-5 Dually Custom Hot Rod, Rip Rod, and Schuppan 926CR are vehicles that can be earned by completing the main objectives. In terms of gear, you can earn a Hot Wheels Pro Race Helmet and a tee. In addition, over 400 medals can be earned in Pro Rank main missions, further encouraging fans of racing video games to complete them all.