Centuries before the events of The Elder Scrolls V: Skyrim, Auriel was the legendary king of the Aldmer, the elven version of Akatosh of the Nine Gods, and the alleged direct ancestor of all Altmer and Bosmer. According to myth, he fought Lorkhan after the creation of the mortal world, wielding the legendary artifacts Auriel’s Bow and Auriel’s Shield.

Auriel is described as the soul of Auriel, after Anu’s original creator, and the Altmer believe that these two Skyrim artifacts were created to directly combat the trickster. Auriel’s shield has a power unlike any other, being able to absorb the energy of the enemy and release it back – a suitable spell for such a mythical warrior. 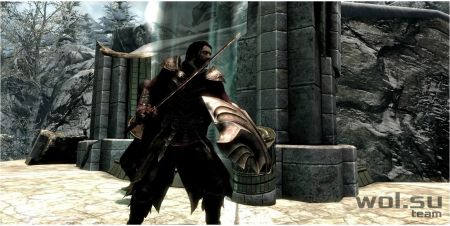 Auriel’s shield has a base armor rating of 32 and is classified as a heavy shield, so it is affected by most of the perks in the block skill tree. It is upgraded with Refined Moonstone, and since it is an elven weapon (technically one of the first elven weapons, even), it also requires the Elven Forge perk to craft.

How to get Auriel’s shield 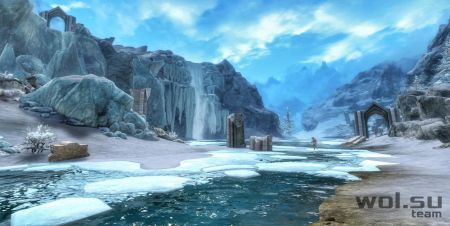 Auriel’s shield can be found in the Dawnguard DLC zone in the Forgotten Vale Forest, only accessible by using the Ruby Paragon. Travel to the Forgotten Vale Inner Sanctuary in the southwestern part of the zone and find the Frost Giant. Ruby Paragon must be found on the body of this giant. After that, head to the Paragon Platform in the north.

Use the Ruby Paragon on the gem holder in this area and then go through the portal that forms a few moments after that. This will lead the players to the Forest of Forgotten Vales. Look around to find a Falmer warrior with a shield. Kill this enemy and then loot his body to get Auriel’s Shield.