The successful global launch of Tower of Fantasy has attracted millions of players to the gacha genre of mobile games. Tower of Fantasy solves the problem of the gacha mechanic by using a “summon” mechanic that uses various farming cores to summon new characters and weapons. In Tower of Fantasy, they are called Simulacra, and the cores used to summon them have three different colors that indicate which banners you can summon them from – gold, black, and red. In a sense, they serve as the primary currency for empowering your character and advancing further in the game. Therefore, our guide to the types of kernels will come in handy for you to find out what each of them is used for. 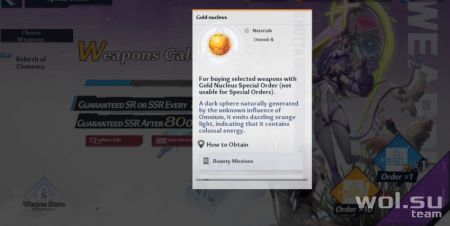 Golden Cannonballs are used on the Golden Banner to summon simulacra. You can use either the single call option for 1 gold core or the 10x call option for 10 gold cores. The chances of getting an SSR weapon start at 0.75% and go up to 2%, with a pity guarantee every 80 summons. At the same time, for SR weapons, the draw chance starts at 1% and goes up to 12%, with a guaranteed pity every 10 draws. This means that every time you use 10x summons, you are guaranteed at least one SR weapon. However, statistically, in most cases, you will get an R weapon, which starts at 91.40% chance and decreases as the chances of SR and SSR weapons increase. There is also a chance to get a High Efficiency Energy Battery, which starts at 6.85% and decreases in proportion to the R-weapon chance. If you get duplicates, they will be converted into fusion cores of the corresponding weapon, and duplicates of these cores will be converted into flame gold, the amount of which depends on the rarity of the weapon. 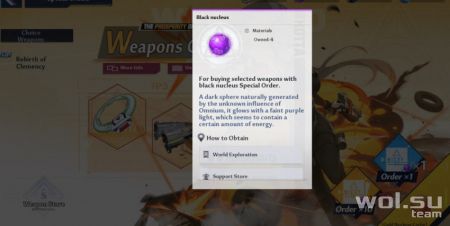 Black cores (more like purple if you want our opinion) are used on the upside down banner compared to the gold banner. It is primarily used to summon Small Power Cells (40% chance) and Elemental Hearts (20% chance), with a smaller chance of being upgraded to Standard Power Cells (5%) or Elemental Hearts (1%). However, there is also a chance to get a weapon. In fact, the chance of getting an R-weapon is 30.7%, that is, 1 in 3. For the more desirable SR and SSR weapons, the chance is even lower – 3% and 0.3%, respectively. Also note that there is no pity system for summoning the Black Core. As with Golden Cores, you can use 1 Black Core for a single challenge, or 10 Black Cores for a 10x challenge. 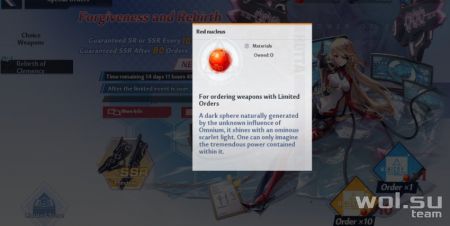 Red cores are used for limited character and event banners. In terms of function, they can be used in the same way as gold and black ones, i.e. you can exchange 1 red core for one summoner or 10 red cores for 10 summoners. The percentage chances of weapons and items are exactly the same as those of the Golden Core. They even follow the same pattern as the Golden Core. However, when you get an SSR weapon from the Red Core Summon, the chance to get a character from the limited pool increases. This is a great way to target a character when their event comes up. Likewise, pulling a red core gives a higher exchange rate for Flame Gold, which itself works as a pathetic mechanical currency for an active event. Therefore, the strategy for using the Red Core should be to stockpile it when the pool doesn’t have the characters you need, and then go all out on a new character or when the event of the character you want comes.