In the multiplayer survival game Rust, players will have to defend themselves against the dangers they may encounter. To do this, you need to build yourself a base and upgrade equipment to deal more damage to attacking players and other dangers that lurk in the world.

One cheap and easy way to protect yourself is to use an easy-to-craft hunting bow or combination bow that will help the survivor deal with threats from a distance without much fear. There are many arrows that can be used with this weapon, which can increase the usefulness of the bow in combat. Although it will never be as good as a weapon, it is still important to know how to make arrows for a bow. 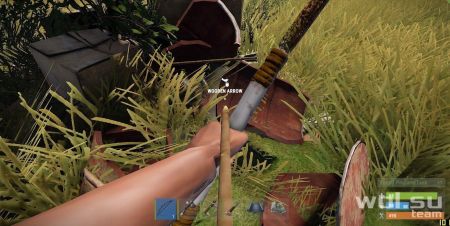 Starting with a basic wooden arrow, players are more likely to use it for their bows, especially because of how easy it is to make. It is compatible with hunting bow, compound bow and crossbow, making it incredibly versatile for all three weapons. Most likely, players will use this type of ammunition even before creating a workbench, since it is not required to create it. In addition, it has an incredibly short crafting time, after which the player receives two arrows.

While these arrows can be crafted, they can also be found in various crates scattered throughout the Rust map, meaning that players won’t even have to spend resources to get this inexpensive but vital ammo type. Due to their low cost, Wooden Arrows are one of the few items that players should not recycle, as they provide almost no resources back. Therefore, players should use wooden arrows first before switching to another type of arrow.

How to make a wooden arrow 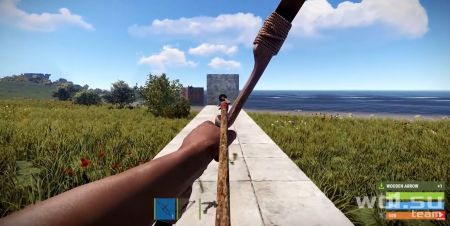 Arrow crafting requires a level one workbench, so players may decide to move on to High Velocity Arrows, also known as HV Arrows, as the next ammo for their bow. Although a high-speed arrow actually does less than a wooden one. Players typically switch to this ammo due to the increase in range and flight speed, making it a great choice for the long range and fast-paced battles the player may encounter.

In addition to requiring a workbench to create an HV Arrow, it also requires replacing stone with metal fragments. While it’s not a very expensive resource, many players may not feel it’s a fair trade and will want to use the metal fragments for more defensive purposes. They take very little time to craft and produce two arrows at a time. That doesn’t stop the High Velocity Arrow from being one of the least used ammo types, especially since it can’t be found anywhere in the game.

How to make a high speed arrow 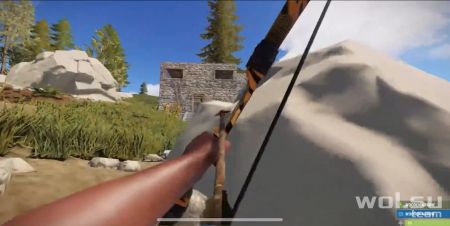 The bone arrow, which does not require a workbench, is one of the best types of arrows in all of Rust. Firstly, the cost of manufacturing such an arrow is even cheaper than a wooden one, since the stone for its manufacture was replaced by bone fragments. This means that stone can return to its vital role of being used to build bases that won’t catch fire, which is a necessary step for newbies if they hope to survive.

While Bone Arrows do less damage than Wood Arrows, players are much more likely to hit their target and thereby replenish lost damage. This makes Bone Arrows a great choice for beginner players who aren’t very confident when it comes to aiming at an enemy and therefore don’t waste vital resources they might need in the future.

How to make a bone arrow 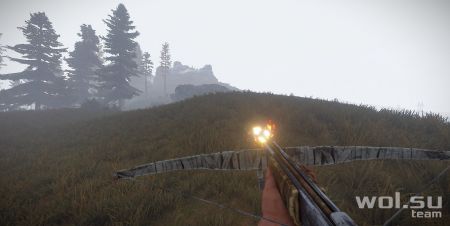 Players who enjoy PvP combat will definitely want to invest in Fire Arrows for their devastating ability. They are incredibly expensive to craft, as the player must first unlock a level 1 workbench, as well as use a lot of scars in the tech tree to unlock the ability to use the firebolt recipe. Not only that, it requires a fair amount of low-grade fuel, which players can struggle to get at the start of the game.

These difficulties aside, players who can equip fire arrows will surely enjoy using them. These arrows are incredibly useful against metal-armored enemies compared to wood or HV arrows, and can also set enemies on fire for additional damage. Although the range of these arrows is short, the area of ​​fire impact makes fire arrows an excellent piece of artillery when raiding other bases, as they can easily burn through wooden doors or tool cabinets.

How to make a fire arrow