If you’ve explored the rooftops in Dying Light 2: Stay Human, chances are you’ve found some Army Drops. Even if you’ve unlocked all the ones that are easy to see, you’re probably wondering why you’re not getting the achievement. This is because we need to find the ones that are underwater. Here’s our Dying Light 2 guide to help you find sunken crates and containers of inhibitors in the New Lost Lands.

Where to find all Sunken Crates and Inhibitors 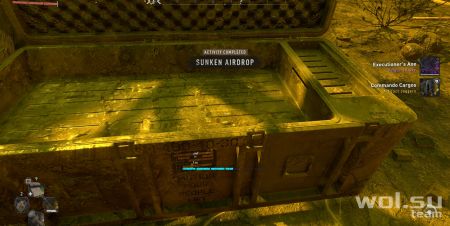 The New Lost Lands is the southernmost area in Dying Light 2, and this is where you’ll find Sunken Crates. This place is off the beaten track and you won’t visit it during the normal part of the campaign. However, if you want to go there, you can get a lot of cool rewards. In fact, when my character was only level 6, I would get weapons and armor at levels 8 and 9. Since level 9 is the maximum level, I was almost at the maximum in terms of equipment. But keep in mind that there are locks in these boxes with difficult or very difficult difficulty. Be sure to make a few picks and take them with you.

Note: Unfortunately, sunken aircraft only contain loot. They don’t have military tech for your night runner tools. However, the ones in the city itself should be enough to completely upgrade your fixtures. 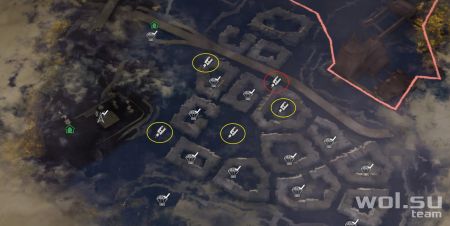 Below you will see a map of this area in the New Lost Lands. You’ll notice that this location in Dying Light 2 has 12 sunken crates and 5 underwater containers with inhibitors.

The map has been slightly edited as I’ve already collected a few inhibitors, so I had to rely on the screenshots to place the icons in approximate locations. 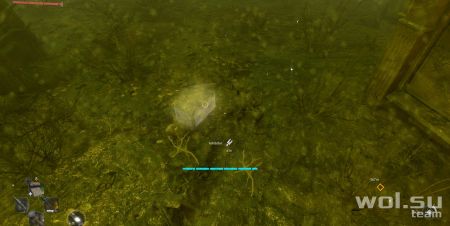 There is one specific inhibitor container which I have circled in red. This is because, oddly enough, the box appears to be underground. I tried looking for openings in the houses, or even the tunnel that leads to it, but couldn’t find any. If you manage to find it, let me know.

Note 1: On the western edge of the New Lost Lands, there is a night runner hideout and a radio tower if you want to see what’s in there.

Note 2: If you have opened other crates in Dying Light 2, you will get the “Anything interesting?” achievement.