Shrines in Sifu are small jade dragon statues that act as “storage rooms” during various stages of the game and can provide the player with many benefits. The most obvious benefit of using a shrine is that it heals the main character, which can be very useful after a long fight. In addition, shrines can be used to improve the combat skills of characters in Sifu and gain buffs to various mechanics such as weapon durability, structure recovery, or health gained from takedowns.

Sanctuaries will provide players with three upgrade options. The leftmost option will offer one of three upgrades that can be obtained as long as players meet the age limit. The middle option will require players to spend points, which are earned by keeping combos high and avoiding hits. Finally, the right-most option requires an investment of experience and, among several options, offers players the option to reset the death counter for 1000 experience.

Where to find all shrines in the Slums 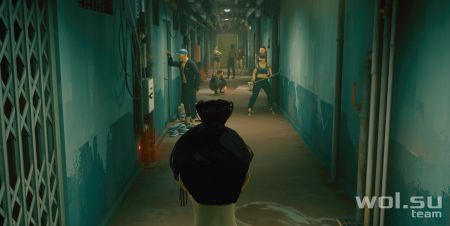 There are four shrines in total in the Slums, but Sifu beginners will only be able to access three during their first playthrough of the stage. The fourth shrine is hidden in a shortcut that only becomes available after players obtain the Keychain item at the end of the level. However, it is important to note that it is not possible to use all four Sanctuaries, as using the shortcut will block access to the other two Sanctuaries. Therefore, it is recommended to avoid it as it can be extremely beneficial.

Location of the first shrine

The first shrines can be found some time after going through the corridor section, after players defeat a group of enemies on the rooftop. Following the main path will lead you to a small room on the right, where there is a wall that you can climb up. The first sanctuary of this third-person shooter can be found in this room.

Location of the second shrine

Some time after the first shrine, players will encounter a mini-boss followed by a group of enemies. After this fight, they will find themselves in the corridor, where light is pouring from the door on the left. After going through this door, players will find two enemies, and in the back room, near the large window, the second sanctuary in the Slums.

Location of the third shrine

Location of the fourth shrine (shortcut)

This shrine can only be accessed by obtaining the “Keychain” item at the end of the level, and therefore can only be used when replaying the stage. The locked door leading to the shortcut is on the first floor of the apartment at the beginning of the level. Players will find this apartment right after defeating the first two enemies in the Slums.