Rune Switch Puzzles is a collectible activity in Tiny Tina’s Wonderlands that challenges players to find a device in a certain region that consists of three obelisks. Once activated, this device teleports three runic pillars to different locations nearby. A countdown will begin, forcing the adventurers to quickly find all three obelisk checkpoints before the timer runs out. If players run out of time in Tiny Tina’s Wonderlands, the puzzle will reset and they will have to start over.

Where to find all rune switch puzzles

Rune switches are activated in a specific sequence, meaning players must interact with the glowing pillars in order. Adventurers can tell which rune they should move to by its bright virid glow and the green beam of light it casts into the sky. Accordingly, these rune-switching puzzles can be seen more like parkour challenges than puzzles to be solved. Upon completing the quest, Tiny Tiny newcomers will receive valuable rewards, including currency and weapons.

Naturally, finding all the locations with rune switches in Tiny Tina’s Wonderlands counts as a 100% completion of the game. However, those who successfully complete all of the platforming challenges will also receive a permanent 10% increase in their character’s Agility.

At the Queen’s Gate 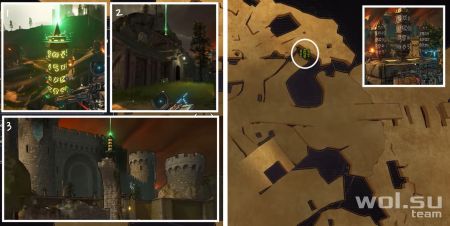 The first rune switch can be found in the Queen’s Gate in the village outside the castle. The device is located on the roof of the water mill, it can be reached by climbing other buildings nearby and jumping down to the location of the rune switch. Since this is the first parkour challenge in the game, players will have no trouble getting to the first two pillars on the roof and the third pillar on the collapsed rock wall to the north. 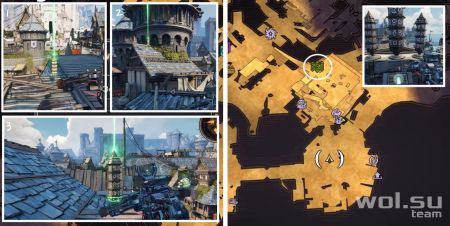 The next rune switch is located in Breithof, the central region of Tiny Tina’s world. Players can find the device in the form of an obelisk on top of Izzy’s Pop, the city’s main tavern. Enter the tavern and go up the stairs to the balcony with the rune switch. Glowing poles will spawn on the circular path near Izzy’s Fizz in Brighthoof. Adventurers can find the first one directly to the left and use the jump pad to reach the second one on the tower to the south. The third one can be obtained by turning back to enter the tavern on the right. 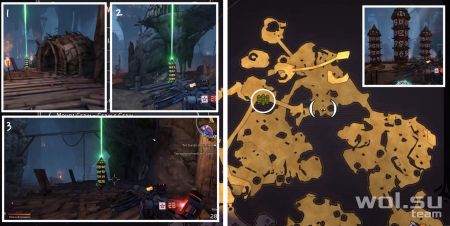 The third rune switch location is the northern goblin village in the mines of Mount Crow. Once again, Tina’s novices will have to climb up to the top level to find the activation device. The first runic pillar is near the hut to the south. The second is at ground level across the southwest bridge, and the third is on top of the wooden platform to the east, which can be reached by jumping onto the nearby hut.

In the weeping darkness 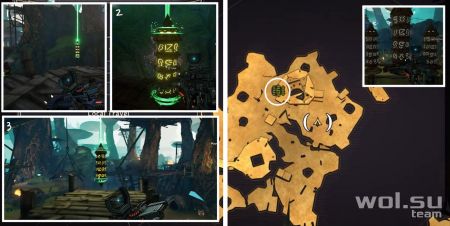 When you reach the Weeping Gloom, you can find the fourth rune switch puzzle in the enemy camp on the western side of the map. The first and third obelisks will appear in plain sight on the upper wooden decks, but the second will be relatively hidden on the left side of the camp. To get to it, players must use the inflatable mushroom near the wooden scaffolding as a jump pad.

In the drift of balls 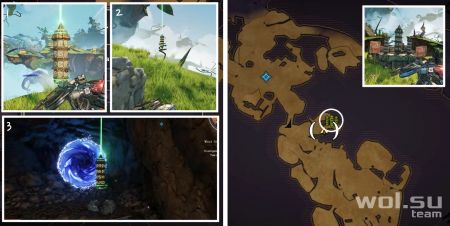 The fifth rune switch is located near the central sky islands of the Ball Drift zone. Adventurers will find a switch located between two “Do Not Jump” signs. The first rune can be found on top of a small ridge to the southeast by climbing onto a nearby hay bale. The second is on a winding vine to the west, and the third pillar is near the underground portal under the village’s well.

In the shallow waters of Vargtut 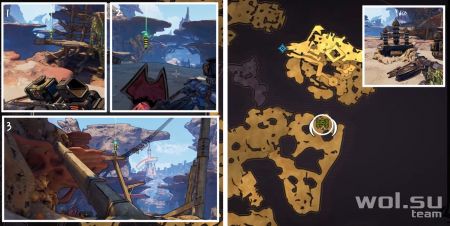 In the shallow waters of Vargthut, runes appear at a considerable distance from the activation device, which can be confusing for some players. The device is located in the area west of the center of the map. After triggering the countdown mechanism in Tiny Tina’s Wonderland, use the jump pad on the right to teleport to the rocky island in the distance. Follow the path to find the first obelisk and turn left to find the second behind a wooden wall with a hole. The third can be found nearby on wooden boards that form a path to the upper level.

In the drowned abyss 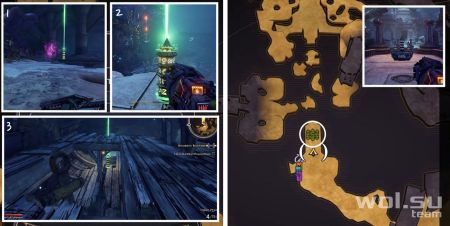 The seventh rune switch is located next to the vending machines in the center of the map. The first and second columns are easy to reach, but the third is inside the hull of the sunken ship. Shoot the huge anchor above the wrecked boat to punch a hole and get inside. 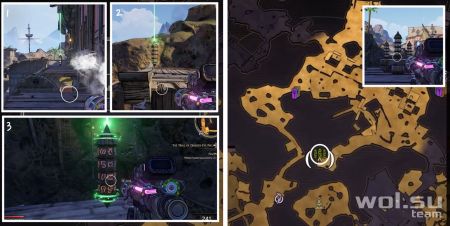 The rune switch puzzle in Crackmast Cove can be quite tricky. Starting at the switch near the village made from ship parts in Tiny Tina’s Wonderland, hurry to the large building to the east. The first green obelisk is hidden on a wooden platform behind the building on the second floor. Before you jump on the platforms, beware of the vents. The second rune is on the roof directly east of the first, and the third is down in the ravine lagoon, behind the bare ship frame on the right.

In the wall of Karnock 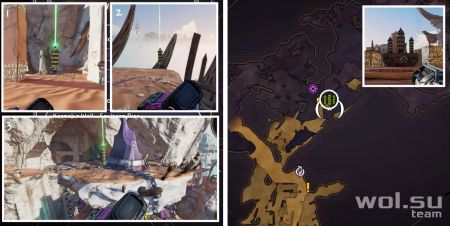 The ninth rune switch can be found in the lower levels of the north zone in Karnock’s Wall. The Obelisk-activator will be located on a small altar between two barbecues. Players can easily find the first and second pillars along the winding path to the north. However, the third one is on a platform with a crystal chain, which can be accessed by shooting the crystal next to it. 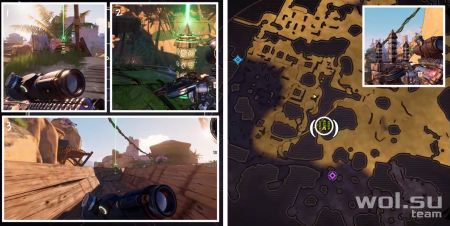 The Rune Switch puzzle in Sanfang Oasis is located in the southern part of the region on a wooden platform on a ridge. To reach the first green pillar to the west, the adventurers must jump down into the drain-like passage below. Then head down the wooden canal on the right to find the second one and use the jump pad on the ground to get to the third one. 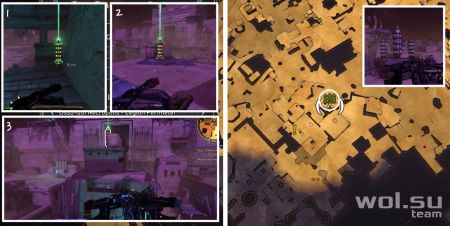 The eleventh Rune Switch puzzle is located on the roof overlooking the large gate in the southern part of the Ossu-Gol necropolis. Thanks to the gloomy, purple sky, the green rays from the obelisks are easy to spot throughout the surroundings. Finding the first pillar can be tricky though, as it’s under the ruined building to the west of the switch.

In fear of the mind 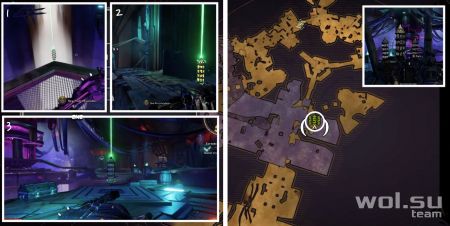 The twelfth and final rune switch is located on the Fear of the Mind map, located near the center of the map by a giant conduit-like device. Despite being a late game area, Runes are fairly easy to find compared to other areas. Similar to the Brighthoof puzzle, players can find all of the obelisks in a circle, starting with the one directly south of the switch. The next two are nearby, but difficult to see due to the bright mint-colored lighting.