In TMNT: Shredder’s Revenge, players can find four Punk Frogs in various levels. There are four Punk Frogs in the TMNT universe: Attila, Genghis, Napoleon and Rasputin. Like their fellow Teenage Mutant Ninja Turtles, the Punk Frogs are also based on historical figures: Attila, Genghis and Napoleon were famous generals and conquerors, while Rasputin was a Russian healer and mystic. Throughout the game, players will be able to find four hidden Punk Frogs throughout the various levels.

Where to find each Punk Frog 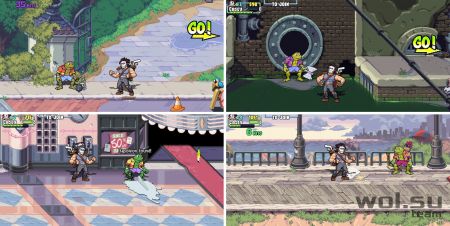 The first Punk Frog, Attila, is on the fourth level of the game. He hides behind a trash can to the left of the zoo entrance. Destroy the garbage can and Attila will jump out. Attila the frog wields a hammer and is considered the leader of the group. By finding Attila the Frog at level four, players will be able to defeat Groundhog and Muddy.

The second Punk Frog, Genghis, is on the fifth level of the game. Genghis hides where players first encounter the robot in the sewers. On the back wall of this arena is a red valve wheel; destroy it and Genghis will jump out of the entrance with his signature axe. After finding Genghis, players will be able to fight the Rat King.

The third Punk Frog, Napoleon, is on the sixth level of the game. Napoleon hides on the second floor of the Crystal Mall behind a cardboard cutout of Punk Frog next to the cinema. The cinema and the cardboard cutout are roughly in the middle of the level. Napoleon is hiding behind the cutout with his signature whip, so take him out to find the third Punk Frog. After finding Napoleon Bonafrog, players will move on to fight Tempestroy.

The fourth and final Punk Frog, Rasputin, is on the ninth level of the game. Rasputin hides behind the hot dog stand at the very beginning of the level on the pier after defeating the first encounter with enemies. To quickly destroy enemies, use the throw. Destroy the hot dog stand and Rasputin will jump out with a bow and arrow. Proceed through the rest of the level, meet up with the Leather Head and proceed to the next stage.