In Stray, shortly after entering the slums for the first time, players will come face to face with the area’s red-cloaked protector, the Guardian. If they show him or the other robots the card from the outside world they picked up a little earlier, he will mention a group of robots called “The Outsiders” and advise you to talk to the robot named Momo to learn more about the outside world.

Momo lives in a tall building next to an orange neon sign, and this is where players will need to go if they want to complete the main story of Stray. After meeting with Momo, he will reveal that his friends are missing and that he cannot contact them due to a malfunction of the transceiver he is working on. To help him fix it, players need to find four notebooks scattered throughout the slums. 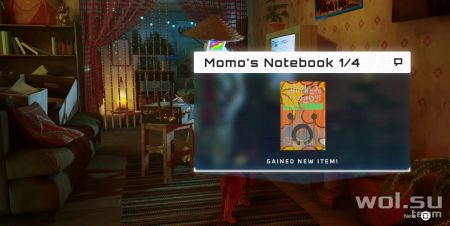 After talking to him, Momo will give the players his notebook and then reveal that he no longer has dreams about the outside world. After analyzing the notebook, the robot companion B-12 will offer to find the other three notebooks, each of which is located in a tall building with the Outsiders logo (a white face with a circle for the mouth on a blue background) somewhere nearby. 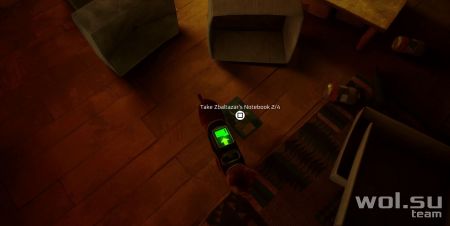 After obtaining Momo’s notebook, players must return to the street and look to the left, where they will see a tall building with a large blue Outsider sign on the roof and fenced metal railings on the sides. Once they reach the rooftop, players must turn off the fan by removing the energy element, allowing them to descend to the apartment below. There, under a pile of boxes near the sofa, they can find Zbaltazar’s notebook. To get to it, you just need to jump on the boxes, and then get out of the apartment through the window, pulling the curtain. 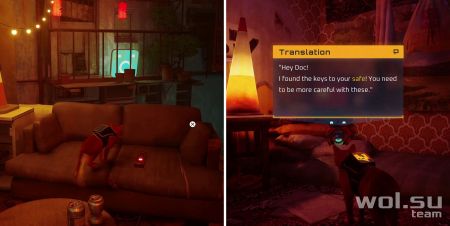 Doc’s notebook can be found in a locked safe in an apartment littered with books. To find it, players should head to the right after leaving Momo’s house and look in the distance for a small, illuminated sign with the Outsiders’ logo. If you have trouble finding it, the apartment is on a rooftop with a sofa and TV, close to one of the four Stray vending machines. After entering the apartment, find Doc’s bedroom and translate the note on the bed, which will reveal that Doc has a safe hidden behind some books. 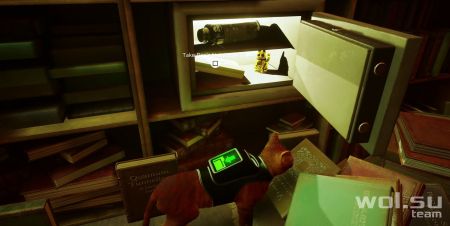 After B-12 finishes translating the note, the players will receive the key to the safe. They can then return to the main part of the apartment and walk towards a row of bookshelves with a ladder at the end. There are several stacks of books on the ground level that players can knock over by jumping over them, allowing them to use the key to open the safe and get Doc’s notebook in their dirty paws. 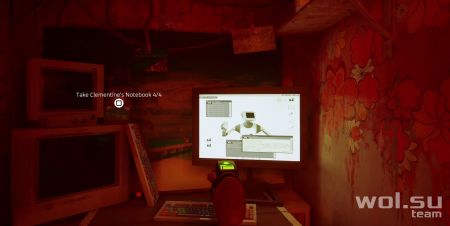 The fourth and final notebook can be found in Clementine’s apartment, which is more or less directly across from Momo’s house. Players will be able to identify it quite easily thanks to the large white Outsiders logo painted on the side of the building. After entering through the window and squeezing through the gap in the glass sliding door, players will be able to find Clementine’s notebook on the table next to her computer. While here, they must also take the sheet music from the bookshelf next to the bed.

What to do after finding all four Notebooks 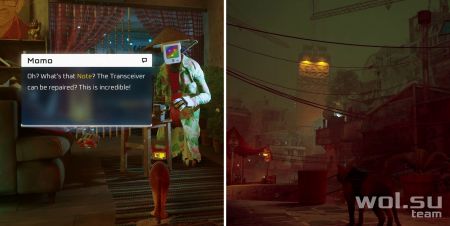 After finding all four notebooks, players will need to return to Momo’s apartment. After showing him the other three notebooks, he will read the record of the design flaws in the transceiver and proceed to repair it. However, unfortunately, it cannot receive a signal within the slums, so in search of a signal, players will have to go to the territory of Zurk and to the fifth chapter of Stray.