Survival is the main goal of Rust. Gamers will have to use all available methods to strengthen the defense and protect against enemy attacks. Having a camera with a direct view of multiple areas on the map will help people plan strategic movement and spot enemy players roaming the map.

Rust has the ability to use security cameras to monitor areas around monuments on the map. To use these cameras, players need to have a computer in their base and the appropriate access codes. In this guide, we will explain how to get a computer, as well as how to access each security camera on the map.

How to get a computer station 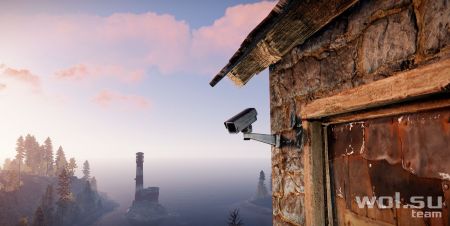 Survivors will need a computer station in their base to access the security cameras in Rust. Before creating a station, players need to find a guidance computer. Targeting Computers are not craftable and can be found in loot crates, in helicopter crash sites. Once the targeting computer is obtained, gamers will need to find high quality metal ore. The best way to find ore is to use a mining quarry. Finding high-quality metal ore in rocks is almost impossible after the 2017 update reduced the chances of finding this resource when mining.

Players who have a Targeting Computer and 5 High Quality Metals will need to purchase a Radio Transmitter and a Radio Receiver. Researching the Computer Station will cost 75 Scraps. With the help of their items and a level 2 workbench, survivors will be able to craft a computer station. The outpost currently sells stations for 300 scrap, but at this point in the game, people likely have most of the items needed to craft it.

How to use the computer station 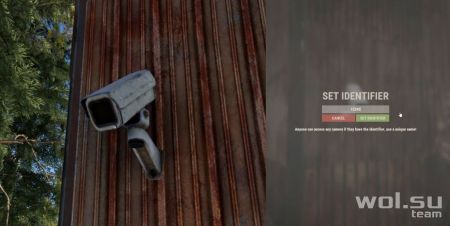 An ID is required to access the computer station. Players can create an ID by right-clicking on a station and selecting Set ID. The ID is the password for the station, so it’s a good idea to write it down. It should be noted that players will need a power source such as a solar panel, a small generator, or a wind turbine. These items can be found in Elite Military Crates. Energy storage batteries can also be found in military crates. In addition, players will need the following items, which can be found in normal and military crates:

When the station is installed, when you enter the ID, it will display the cameras installed by the user. Gamers and their teams will be able to create a sophisticated security system at their base by placing cameras in strategic locations. In order to gain access to public security cameras, survivors will have to enter the appropriate codes for each one. The cameras in Rust are also equipped with sound, which makes them even more effective. 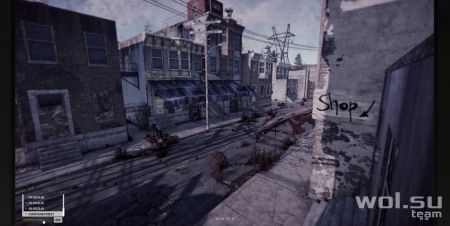 The monuments in Rust are equipped with several CCTV cameras, which can be accessed from a computer station. These cameras provide several different angles and viewpoints of monuments. Being able to access them gives players a distinct advantage when planning a trip near one of these locations. Monuments are the places in Rust with the best loot, but also the most traffic. Going blindly into these busy places is a dangerous undertaking. Using the codes below will change the course of the game when trying to survive in Rust. Aggressive PVP players can use them to scout the map for potential targets. All monuments and their respective names or codes are listed below.

With the advent of the ocean environment, Rust players had to learn how to survive in the endless waters. And while exploring the depths of the sea comes with risks, players may stumble upon sunken chests and crates that hold riches beyond their wildest dreams. Players can also find underwater labs with valuable resources to help craft unique and powerful armor or even essential building materials.

But before the player can get to the underwater labs, they will need to craft various items that will allow them to stay underwater longer and help them navigate the area in order to find the CCTV system and enter the camera codes. To get started, players need to find a snorkeling tank, snorkeling mask, and snorkeling fins in crates on the beach, or reach the area via submarine if you’re lucky enough to find one.

Equipped, players must dive into the water (either with diving equipment or in a submarine) and look for an underwater structure. Once inside, players will need to find a card key to open the underwater laboratory’s video surveillance station module, as the last 4 digits of Rust’s camera codes are randomly generated. With these four numbers, players can enter the correct code on the corresponding security camera.

By referring to these cameras, players can check if there are other players nearby or if someone has left a nasty surprise in the form of a trap. Players should also be aware that not every Underwater Lab monument has a CCTV station module. Entering an underwater lab without a CCTV station can be very dangerous, as rival players can wait there to kill or kidnap unsuspecting players.

How to install cameras on the base 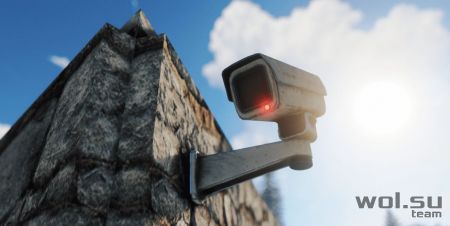 Survivors will need to collect several cameras from crates of looted military elite before installing their personal security system. With several cameras in hand, the process of placing cameras is quite simple. Cameras can be mounted on the walls of the base inside or outside. After placing the camera, gamers will need to connect it to a power source. Five rust volts are enough to power one camera.

The cameras are currently stationary, so players need to make sure they are pointing in the right direction. The location and angle of the camera can be adjusted with a hammer. The only step is to associate the camera with the computer station ID. Players can place as many cameras as they want in the base, and they can be accessed from any computer station with an assigned ID.

In addition, players can use unwanted security cameras to create automatic turrets that can scare away any invaders. But survival fans will also need a targeting computer and 10 high quality metals. Autoturrets are one of the best defensive traps players can use for their base, but they need to take care to place them in hard to reach areas as they have low health. Therefore, most veteran Rust players place them in well-hidden places in the base, preferably with only one way to access them.