These codes can usually be learned by scanning nearby collectibles with data points. They often give a hint on how to find out the door code. Sometimes, to get different parts of the code, you need to scan several data points or look around the environment. You can also skip these steps and enter the code directly on the door console.

All door codes and passwords

The codes are the same for all players.

As part of the 5th main mission “The Threshold of Death” in Horizon: Forbidden West, you will need to unlock the door with a code. 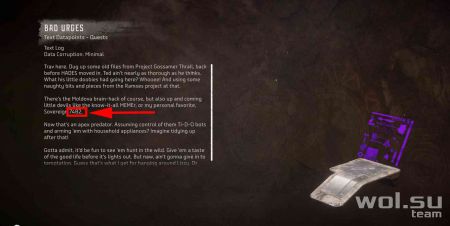 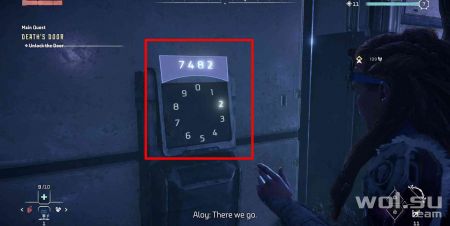 If you wait at the door’s code panel for a long time without entering the code, or enter the code incorrectly too many times, Aloy will give you a hint:

“Maybe I should check my data points. The magazine I found from Travis Tate had a number. It might work… what was that?”.

Shortly after Aloy says this, a hotspot pop-up called “Bad Impulses” will appear in the lower right corner of the screen. This data file contains the code.

The code can be found by clicking:

That’s all you need to do to unlock the door in the Death’s Threshold quest in Horizon: Forbidden West.

As part of the 10th Cradle of Echo Main Quest in Horizon: Forbidden West, you will need to enter a code (container number) into the console in the Ninmah Research Lab. 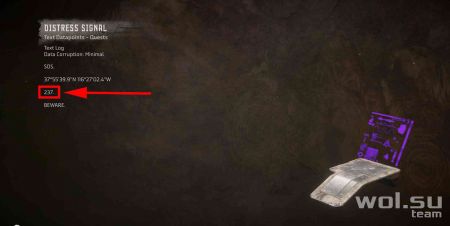 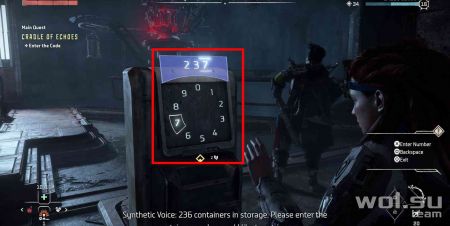 The code console will try to confuse you by saying that there are 236 containers in storage. The container you need is the “secret” container numbered 237. This is the number from the distress call data point that Varl will point to when you interact with the console. If you enter the wrong code, you will get an empty container instead.

The code can be found by clicking:

That’s all there is to it in order to enter the code and unlock the correct Cradle of Chaos container.

As part of the Forbidden Legacy side quest in Horizon: Forbidden West, you will have to unlock two doors using a code. The first one is after jumping on the tower, the second one is further in the tower. Here are the solutions. The codes are the same for all players. 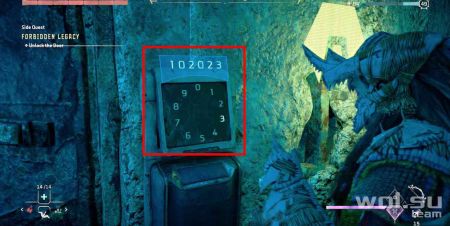 It is located after jumping on the tower.

You will get a clue for this code by scanning the purple data dot to the left of the door panel, behind the broken wall. After scanning, you can press the Touch Panel to read the code. Or click:

Later in the quest, after climbing to the top of the tower, you must unlock the second door. 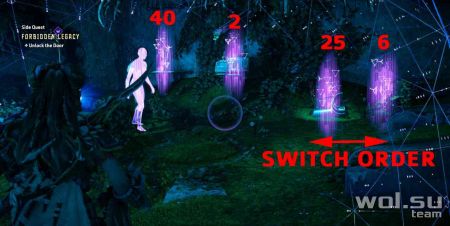 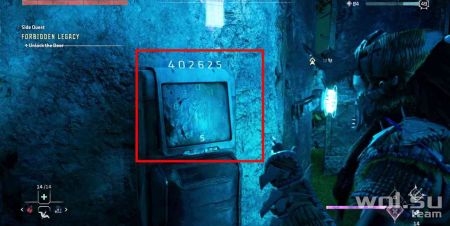 You will recognize him by scanning 4 artifacts in the same room, directly opposite the door panel. Alva will comment on each artifact. It is not necessary to scan them, you can enter the code directly. You can usually recognize it by adding up the numbers that Alva mentions on each of the 4 artifacts. On the left (bird statue) she comments that someone is 40 years old, on the second from the left she says something about H2Flow, on the third she says something about the 25th anniversary, on the last she says something about the Dragonfly-6 drone. It’s easier if you turn on subtitles. However, the two artifacts on the floor are in the wrong order. When trying to enter the code in the order presented, Aloy will comment that the artifacts may have been in different places before they hit the floor. So just swap the numbers “6” and “25” and you will get the correct code 4020625.

Nights of Lights (Side Quest)

As part of the Night of Lights quest in Horizon: Forbidden West, you will need to unlock a door with a code. It is located in the ruins of Las Vegas, under the settlement of Hidden Amber. Behind this door, you will also receive a relic decoration. The code is always the same for all players. 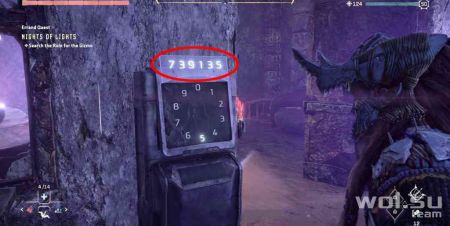 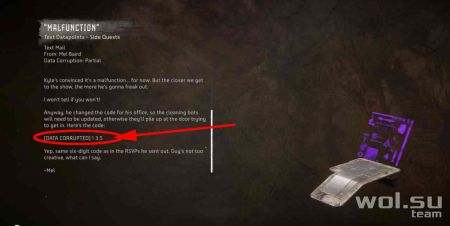 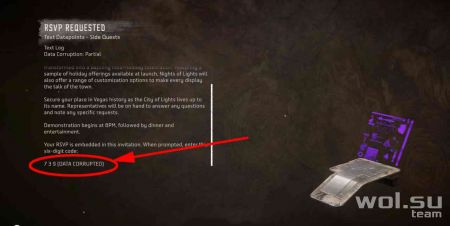 Usually, to find the code, you need to jump onto the ledge to the left of the door and follow the path to find 2 collectibles with data points. To do this, use the puller on some crates and stack two crates to get over to a high ledge and then go through the vent. Each data point shows 3 numbers. The two data points are Fault and RSVP Requested. By combining the numbers from both points, you can get a code. However, since this is a fixed code for all players, you can enter 739135 directly. There is no need to search for data points.

More detailed information will be written a little later, but the codes for the doors are already here!

That’s all the door codes in Horizon: Forbidden West.