Every decision you make in The Quarry has a certain impact on what happens next. It could be something minor, like a changed line of dialogue, or it could be a single decision that determines the character’s fate. The game keeps track of the most important decisions using fifteen Paths, which can be viewed in the pause menu.

Despite their apparent importance, not every Path has a significant impact on the outcome of the game. Even decisions that affect the Path may not change anything. Below we provide a description of each Path and the decisions that matter on each one.

This guide contains major spoilers for The Quarry. We recommend that you complete at least one game on your own before using this guide. 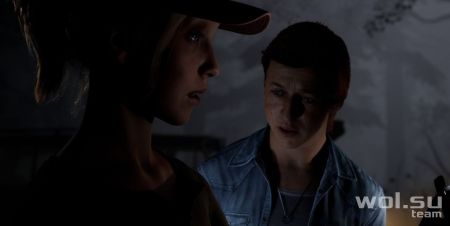 Assuming that Laura and Max survive until the end of the game, then the first Path affects whether their relationship survives. Laura has many chances to be understanding or harsh towards Max during the Prologue and Chapter 7, but the most important factor is whether Laura will try to help Max after being bitten in the Prologue. If your girlfriend left you to die in the jaws of a werewolf, it’s probably time to move on. 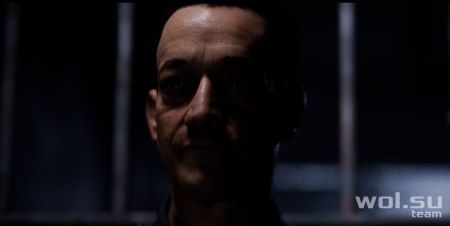 This path runs through almost the entire game and ultimately determines whether Laura and Travis can put aside their feud and work together to end the werewolf curse.

Like Laura’s relationship with Max, all of her interactions with Travis come down to one key moment. When Laura explores the police station in Chapter 7, she has the option to find a syringe and hide it in her cell. If you don’t find the syringe or can’t hide it from Travis, she will be forced to shoot Travis during the escape.

If Laura shoots Travis, he will kill her when she transforms into a werewolf in Chapter 9, even if she turns back before he can deliver the killing blow.

If Laura successfully uses the syringe to immobilize Travis, he will only kill her if Ryan can’t kill Chris without letting Laura become human again. Travis will spare Laura even if she kills Constance and Jedediah. 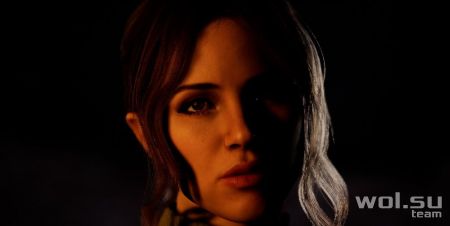 This path is completely optional and very easy to miss. When you first start playing as Jacob in the first chapter, look around near the van to find a bracelet that belongs to Emma. The Keepsakes path tracks the location of the bracelet throughout the game. It’s a good throughline, but it has little to no effect on the plot. 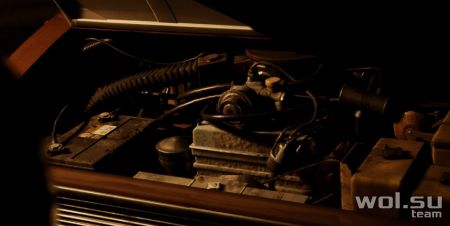 Also, stealing the rotor arm is the only way to find the bloated corpse, a clue from the third chapter. Jacob can drown trying to get the part back, so be careful with your choices during this scene.

Down the rabbit hole 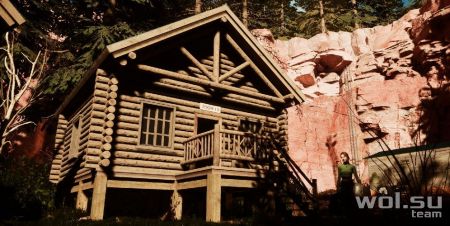 In the first chapter, Abigail has the opportunity to help Emma get into the tenth hut. This will give Abigail, Nick, and Caitlin a chance to hide in Chapter 5, but will primarily allow Abigail to find a toy rabbit left by one of the campers.

If Abigail keeps the rabbit for herself, she will eventually lose it when she accidentally leaves her bag in the lodge’s kitchen. At the very end of the game, during Caitlin’s fight with the werewolf in the house, you can get into a corner in the kitchen.

If Abigail left her bag and toy bunny there, Caitlin can use the bunny to distract the werewolf and possibly lock him in the freezer. 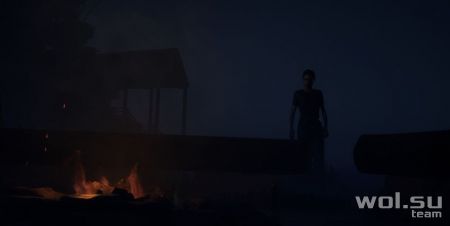 When Emma and Jacob exit the main store in Chapter 2, Emma can use the sticky note combination in the locked pantry to open the safe under the cash register. In this case, she will have a choice: take or leave the firecrackers that she finds inside.

If Emma takes the firecrackers, she can find them near the fire pit in the sixth chapter. This will give her an extra weapon against the hunters and the werewolf she will meet in the forest later, and possibly save her from being bitten.

If Emma is bitten by a werewolf, she can kill Abigail or Dylan when she transforms. 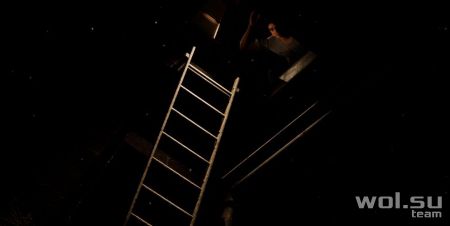 While Dylan and Ryan wait for their phones to charge, examine the hatch behind Chris’s desk. Dylan’s decision about whether or not to go down the stairs affects the “Watch Your Step” path.

In fact, this path is a red herring. If Dylan goes down the stairs, he will loosen the bar, which will break if Abigail tries to climb the stairs later. However, the broken ladder is just a scary moment, and Abigail manages to catch herself and not fall.

This path exists solely to make novice players sweat about the consequences of a pointless decision throughout the game. 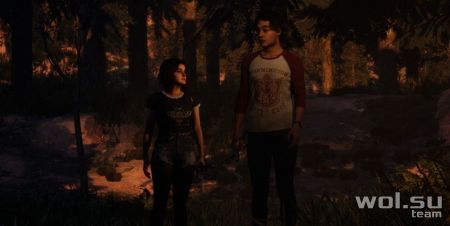 This “Path” traces Abigail’s storyline from when Nick was attacked by a werewolf. Like Laura and Max, Abigail’s relationship with Nick changes depending on her actions. Helping Nick, she appreciates him later at the lodge, but as his werewolf curse takes effect, he becomes more aggressive and lashes out at Abigail throughout subsequent chapters.

The culmination of this path comes in the sixth chapter, when Nick is about to transform and Abigail has to choose whether to shoot him. If you shoot Nick, he will run away, turning into a werewolf, and if you miss or refuse to shoot, this will lead to the death of Abigail.

If Nick kills Abigail after turning into a werewolf, you will unlock the “Not Just Having Fun” achievement. If Abigail survives, she will find the silver shotgun shells left by Bobby in the storm shelter. She can give them to Caitlin in the tenth chapter, getting a weapon capable of killing a werewolf in the cabin. 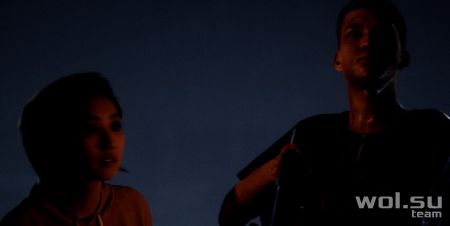 When Ryan goes to rescue Nick after the first werewolf attack, you will have several options: follow the path or take a shortcut. The short path requires you to succeed in more quick time events, but doing it flawlessly will earn you the “No Faster” achievement.

When Ryan appears, you will have the opportunity to shoot Bobby while he is dragging Nick away. If you shoot Bobby, he will drop a vial of werewolf blood.

If Ryan and Laura survive long enough to hunt Silas at the end of Chapter 10, you will have the choice of whose scent to mask with werewolf blood. If Laura doesn’t shoot Silas, both Travis and the non-blooded character will die before Silas escapes into the forest. 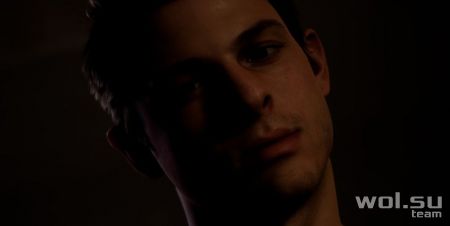 When Jacob gets snared in Chapter 3, he will have the option to save himself by throwing mud at Bobby after the giant hunter finishes him off. If Bobby doesn’t take this opportunity, he will pour werewolf blood on Jacob’s face to protect him.

If Jacob smells werewolf blood on himself, he will have more room for error when escaping the werewolf in Chapter 6. This does not guarantee survival, but it facilitates the sequence of actions. 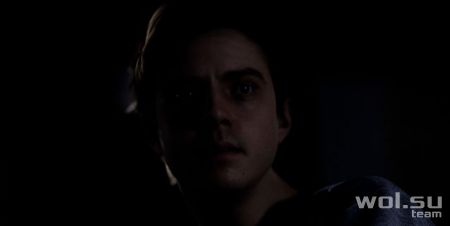 When Dylan and Ryan are at the radio operator’s hut in Chapter 5, they will use the PA system to alert Caitlin and the others to a werewolf nearby. If hut 10 is not locked (because Abigail and Emma broke into it earlier), then the werewolf will not chase the other counselors and will focus on Dylan and Ryan.

In this scenario, Dylan will get bitten on the wrist when the werewolf partially breaks through the roof. He will ask Ryan to cut off his arm to prevent the infection from spreading. Using a shotgun won’t help prevent the curse from taking effect, so Ryan must use a chainsaw to prevent Dylan from turning into a werewolf.

Cutting off Dylan’s arm triggers several dialogue options throughout the game, but does not affect his ability to survive in any way.

Creation of a team 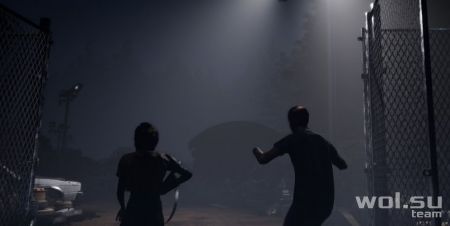 This path begins in the eighth chapter and determines who goes where from Caitlin’s group. If Caitlin treats Dylan with understanding but firmness, he will escort her to the junkyard (assuming he hasn’t been killed or transformed by that point, of course). His presence increases the likelihood that Caitlin will survive. If Caitlin doesn’t return to the lodge, Dylan will be left alone against Caleb when he is attacked by the werewolf and will most likely be killed as well. 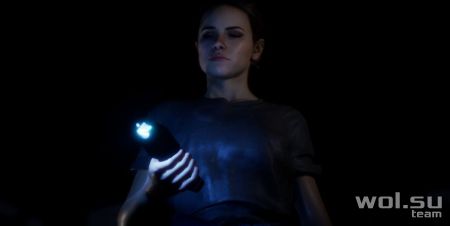 If Jacob survives long enough to be captured by the Hacketts, his story will continue when he is discovered in the basement. If you manage to successfully free him, or if Laura shoots the werewolf Nick in the adjacent cage, Jacob will be able to escape back into the forest.

This path can trigger a special scene if Emma becomes a werewolf, bitten by either Max in Chapter 4 or Nick in Chapter 6. If her curse is broken, she will find Jacob in the woods after he escapes Hackett House.

Emma’s transformation back into a human requires different steps depending on which werewolf bit her. If she was bitten by Max in Chapter 4, Ryan must kill Chris to break Emma’s curse, as killing him will heal Max and, by extension, Emma. If Nick bit Emma in Chapter 6, she will be restored if Nick is shot by Laura in his cage in Chapter 8.

When Jacob and Emma reunite in the woods, choosing to be honest with Emma about Jacob’s sabotage of the van will unlock the Not So Stupid achievement. 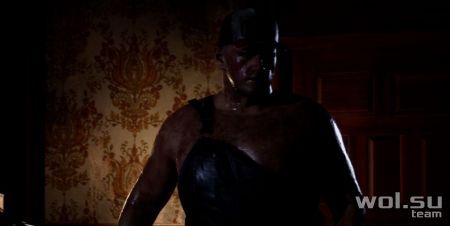 When Laura and Ryan are captured by the Hacketts, Bobby stabs Ryan in the side before chasing Laura. Ryan has the option to pull out the knife or leave it inside. In both cases, Ryan suffers from severe blood loss.

The actual amount of blood Ryan loses does not affect the plot. Instead, removing or leaving the knife affects Ryan’s attempts to escape Bobby in Chapter 9. If Ryan leaves the knife behind, he will have to succeed in faster events during the chase so as not to scream in pain and alert Bobby to his location. However, if you succeed with the more difficult escape sequence, you can use the knife to stab Bobby when Ryan is eventually cornered.

If Bobby is stabbed, he will not be able to successfully fight off Chris when the werewolf breaks free at the end of the chapter and is killed along with the rest of the Hacketts. If Ryan does not stab Bobby, the big man will pass out during the fight with Chris, but will remain alive and tell about it.

After Bobby leaves Ryan, either because he was chased away by Laura or because he was stabbed to death, Laura will offer to bite Ryan. By taking the bite, Ryan will be able to regenerate, which will save his life. If Ryan does not allow himself to be bitten, he will bleed out and die shortly after he shoots Chris. 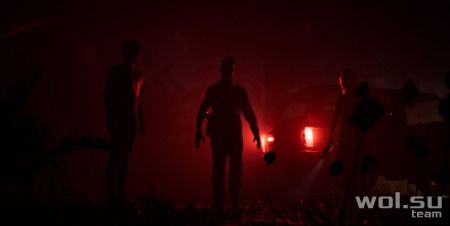 If Laura used the syringe to escape Travis’ prison cell, then after killing Chris, they will come to an uneasy truce. Together they hunt Silas Vorez, the White Wolf. Killing Silas will end the curse placed on everyone he has ever bitten.

The final episode of the game includes several tasks, first Silas attacks the car the group is driving, and then the group tracks him down to his lair.

If Laura shoots Silas in his lair, all the characters present will survive, but Elise will be furious and continue to haunt the forest. If Laura hesitates, Silas will kill Travis and all characters not protected by werewolf blood.