Of course, not all of them are listed on the official interactive map (at least not yet). Therefore, in this article we will try to highlight these remaining seven. Before accessing this series of islands, players need to complete the Summer Sea Voyage quest.

Where to find all the chests in the Golden Apple Archipelago

The image above shows 17 chest locations in the Golden Apple Archipelago. As you can see, they are really scattered throughout the region, some of them are in the middle of the ocean. However, some players would prefer to see each location individually, not to mention the missing seven not listed here.

In that case, read below to see all 24 locations.

This location contains a buried chest, as shown in the image above. There are a few Hydro Slimes here, but they shouldn’t hinder your progress. 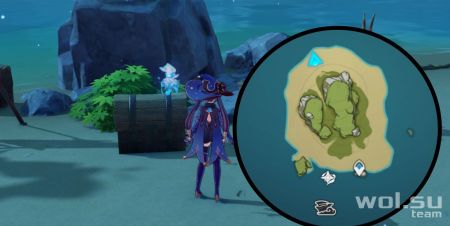 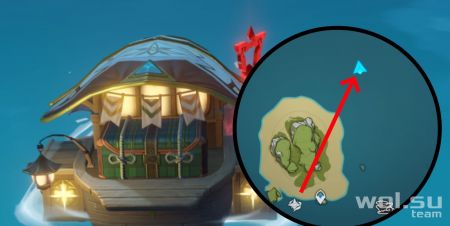 This is the first chest on this list that requires a quest in the Golden Apple Archipelago in Genshin Impact 2.8. Travel here on the Wavewalker and complete the quest. 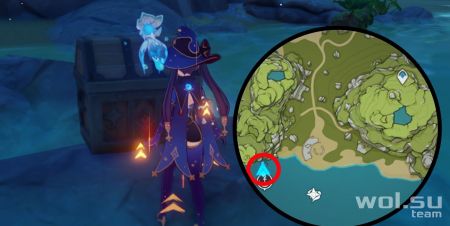 Open this Rich Chest and move on to the next location of the Golden Apple Archipelago. 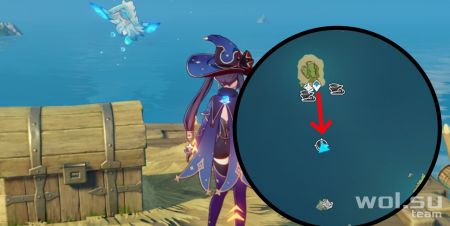 South of the previous three locations are several platforms out to sea. In the center is a shared chest, which requires defeating nearby Hilichurls to obtain. 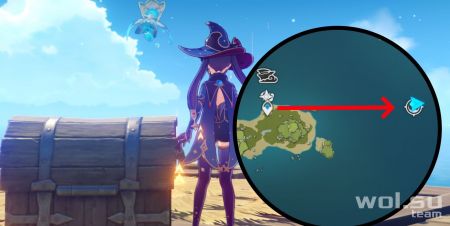 This location is similar to the previous one in the sense that players just need to defeat a few enemies in the sea. Abyssal Cryo Mage is the only real threat here, especially if he gets stuck due to bad AI, which is inconvenient if you don’t have a good bow user. 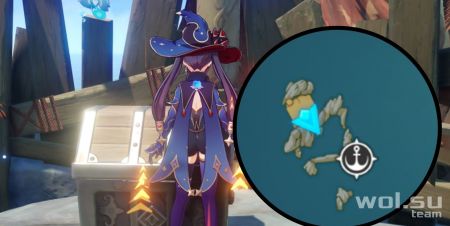 To the northwest of the previous location are several rocks visible on the world map. Go to this area to see a small arena. Defeat the enemies here. 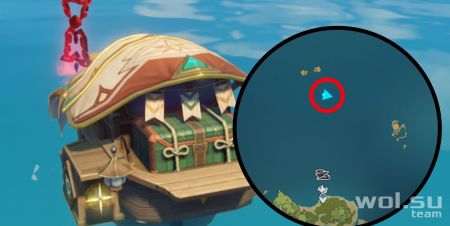 Some chests require the player to complete certain tasks in Genshin Impact 2.8. This one is in the middle of the ocean north of Danger Island. You will need to move from one place to another. Successfully completing the quest will spawn a Common Chest in front of the destination, so you can’t miss it. 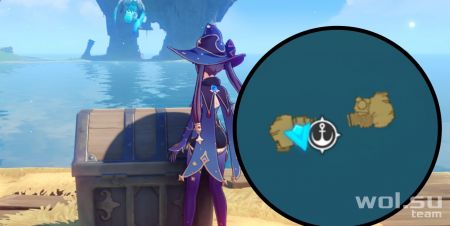 It’s the same story as before: Defeat more enemies elsewhere. This time, head northwest from where you started the quest to find the final location. The unique map layout shown above should make it pretty obvious. 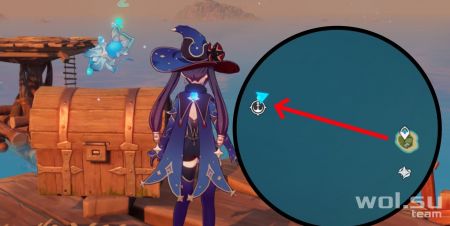 There are many chests in Genshin Impact 2.8 that require players to defeat enemies. This one is located to the northwest of Pudding Island, that is, to the west of the place where you opened the chest from the second task. 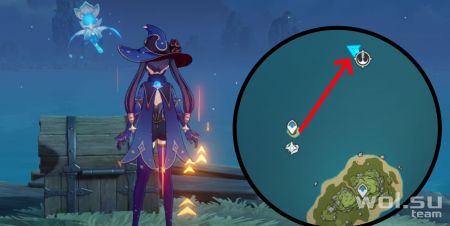 Go to the teleportation point near the Wavewalker point on Pudding Island and go to the northeast. You will be able to discover more platforms and enemies that you need to defeat. 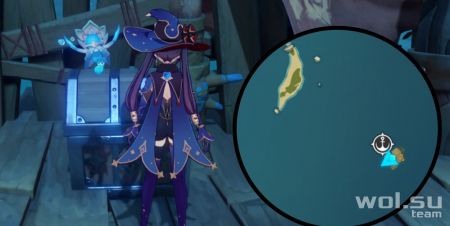 Southeast of the last location is a platform far out to sea (it’s northeast of Pudding Island). Go to the specified location and defeat more enemies. 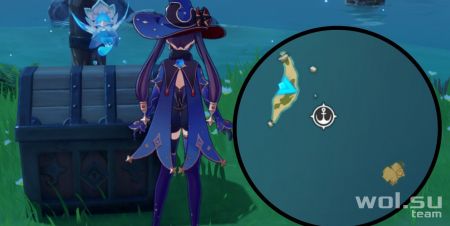 Head northwest from the last location and defeat the enemies here. 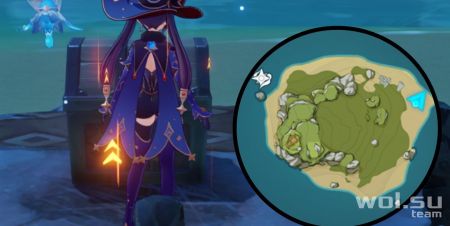 To the north of the last place you are, there are even more enemies to defeat. 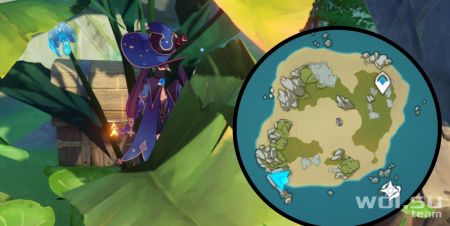 Use the teleportation point to get to the central island. In the southwest corner is a shared chest hidden behind a few plants. You should notice several Hilichurls near this place. 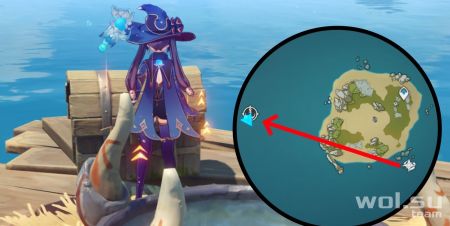 Head west from the last island to see another platform with more enemies. Defeat them and collect Source Stones and other rewards. 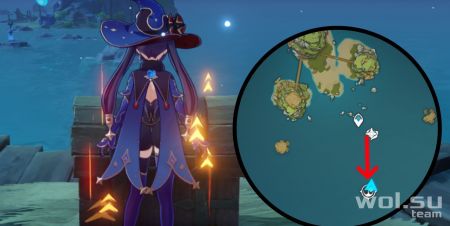 Teleport to the northwesternmost island of the archipelago in Genshin Impact 2.8 and sail south to see more platforms full of enemies. No wonder you should get rid of them. 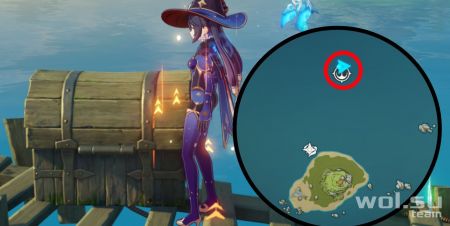 Head to the northeast of the last location and defeat even more enemies there. A Cryo Void Mage sometimes likes to hover over water, which can be annoying if you don’t have a ranged character. 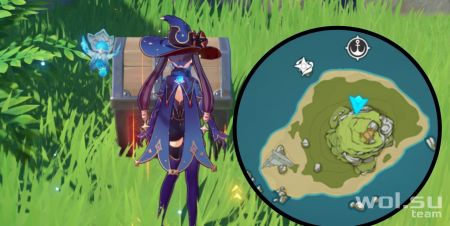 Head south from the previous location and defeat the enemies on the northern beach of this nameless island. 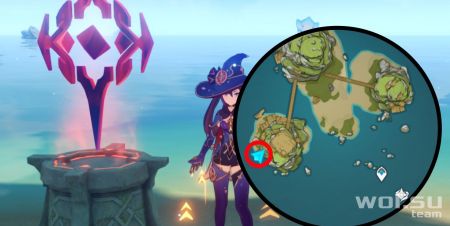 This Genshin Impact 2.8 challenge is similar to the third place in this article: you need to destroy several barrels within a certain time. It is recommended to bring a bow user with you to speed up the process. The chest spawns very close to the challenge shown here. 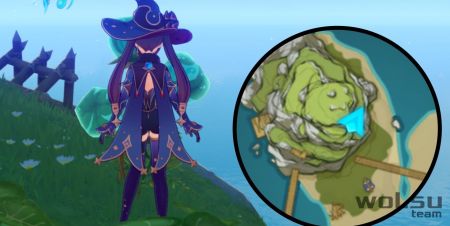 On the east cliff of the north island is the Anemo Balloon Challenge. Perform it, preferably with a bow. The chest will appear near the start of this Genshin Impact 2.8 quest. 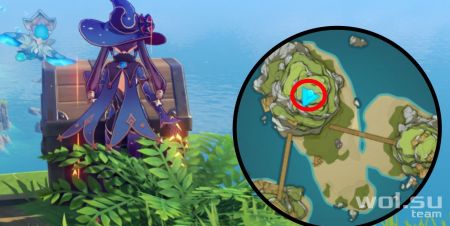 Once on the mountain, you must get to its top. She is in open space. 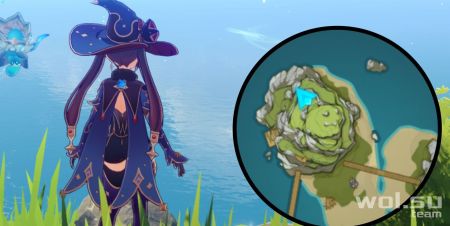 Jump off the northwest cliff to see this challenge (it will be very close to the last location, so don’t jump too far). 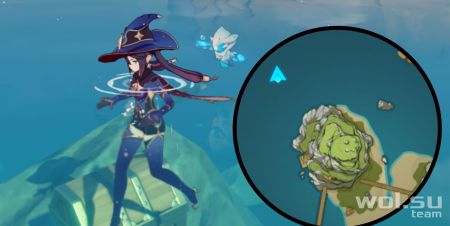 You will find yourself in the water, but it’s not scary. You can still open it and move on to the next location of the Golden Apple Archipelago. 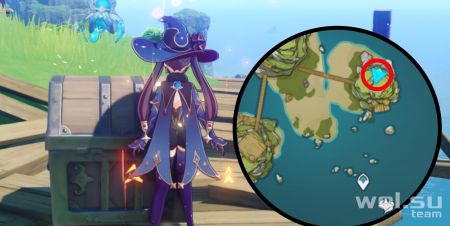 This chest is located on the eastern mountain of the northwesternmost island. There are no tricks here, just get to the top of the mountain to see him next to a rather strange device. 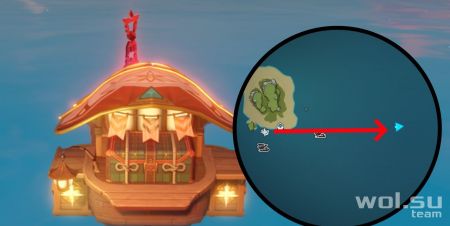 The latest chest of Genshin Impact 2.8 is only for Pestilence, but some players may want to get it. In that case, head east from Breaking the Waves III (which is south of Broken Isle) and start the challenge. At the end there will be a crate that will give you 10,000 Mora.

That’s it for this Genshin Impact 2.8 guide. We hope you have found all the chests in the Golden Apple Archipelago.